Find the E(X) where X be the number of different numbers drawn during the first four week. 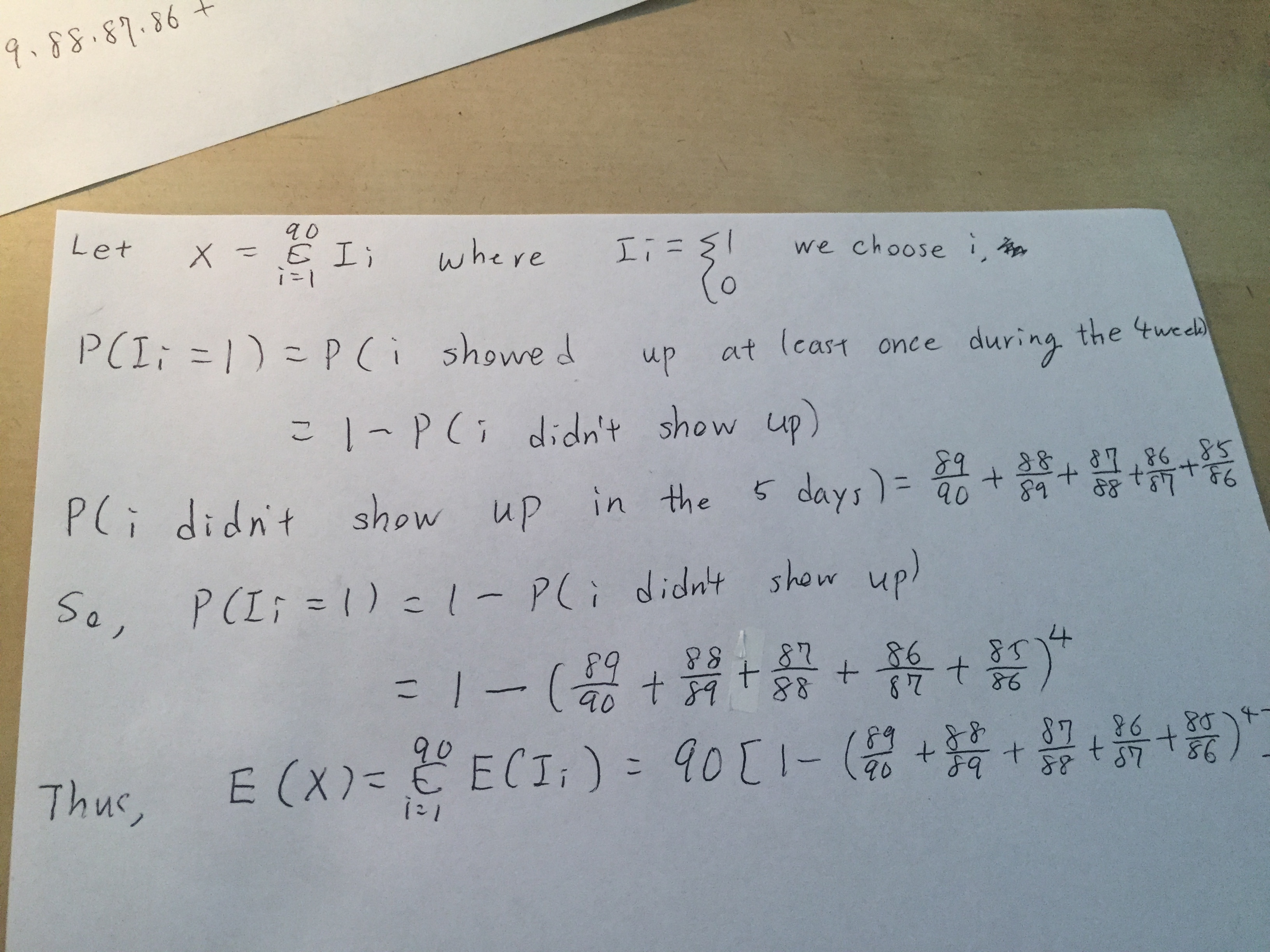 Note that different rounds are independent, so the probability that a given number doesn't appear in $4$ weeks is $p_5^4$. (You can replace the power $4$ with a general $w$ number of weeks.)

Basically, the only part where you went wrong was calculating $p_5$ as a sum, rather than a product. It's a product, because you're saying "for all of the draws, the number does not come up".

Not the answer you're looking for? Browse other questions tagged probability expected-value or ask your own question.

0
Probability, lottery. Once a week for 30 years, probability of winning at least once?
1
Probablity that the drawn number is greater than the previously drawn
2
Where is the mistake in this argument about number of different balls with replacement
0
Lottery card probability: matching my $k$ cards with company's $n$ cards
0
Lotto question: 2 weeks with same numbers or 1 week with 2 different numbers
1
Lottery problem - Chance of 4 out of 5 balls matching?
2
What is the probability that the sum of a subset of drawn integers without replacement does not exceed a certain threshold?
0
Discrete Mathematics Probability Lottery Ticket Question
0
Probability of two identical weekly lottery draws in one year.
1
Question about probabilities of lotteries