Probability of substring occurring at the end of a string

I am interested in characterising the probability for identifying a substring at the end of a string.

Consider a string of length $L$ that is based on a 4-letter alphabet. For example, for $L = 10$ we could have "CDACCACBBB". All letters are equally likely to occur.

Ultimately I'd like to get a probability as a function of substring length for a given string length $L$: $Pr(d | L)$.

I'd appreciate any help.

I am able to approach the problem through simulation (using R). 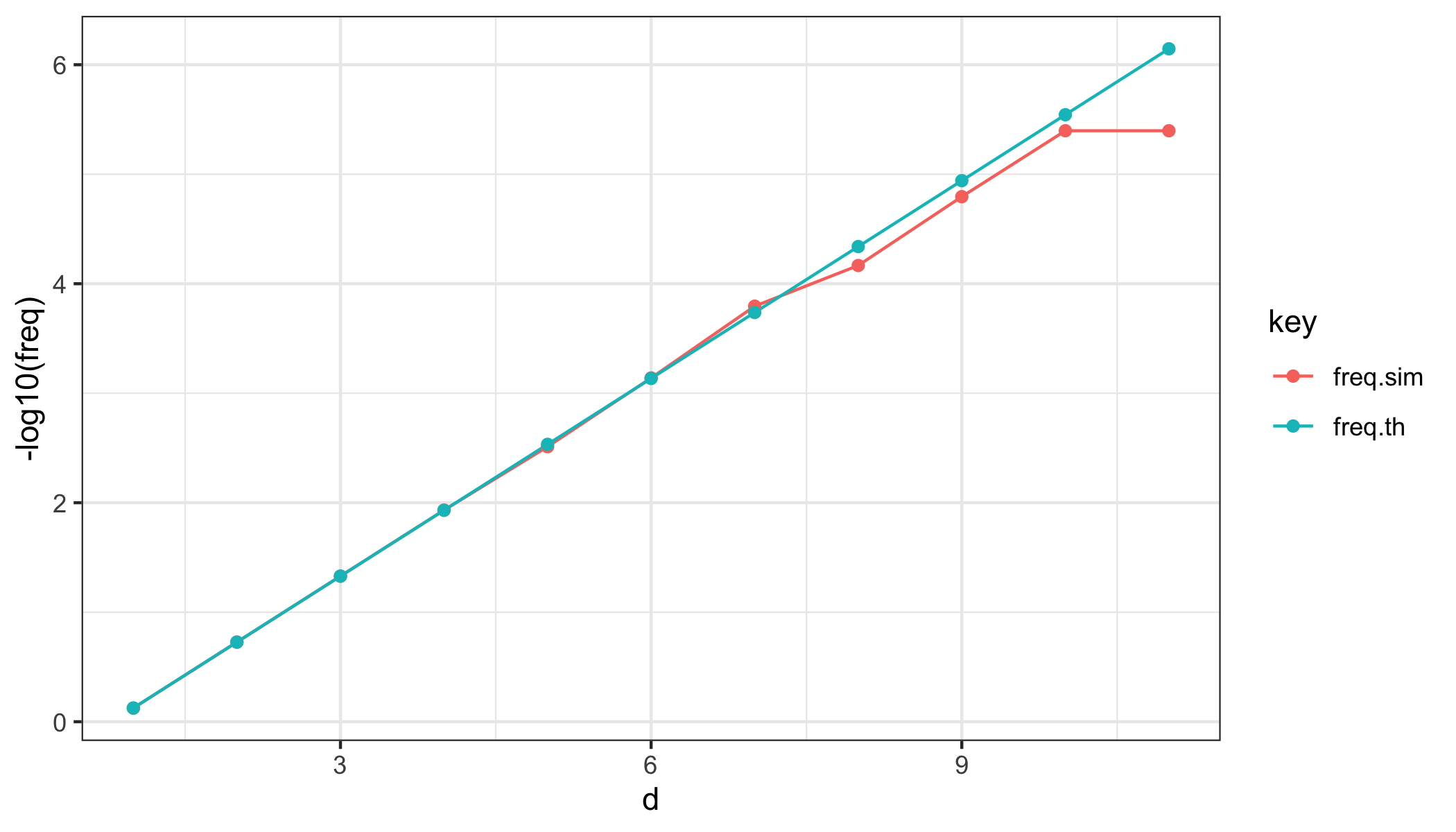 Given a string of length $L$ over an alphabet of $a$ characters ($a=4$ is the case for the OP, but it's as easy to solve in general), the OP asks the probability that the last $d$ characters in the string are identical for $1 \le d \le L$, and the last $d+1$ characters are not identical, if $d < L$.

Our sample space is the set of all strings, which has size $a^L$, as we need to choose one of $a$ characters for each of $L$ positions in the string.

Suppose first that $d=L$. Then all characters in the string must be identical. There are exactly $a$ such strings: the first character can be picked arbitrarily, and then all others must match it. Therefore the probability of this occurring is $\left(\frac1a\right)^{L-1} = \left(\frac1a\right)^{d-1}$.

If $d < L$, then we pick the last character of the string first, which can be done in $a$ ways. Then the $d-1$ predecessors to this character must match it, which can be done in one way. Since $d < L$, there is a character immediately preceding this terminating run of $d$ identical characters, and this character must not match the last character, otherwise our terminating identical string would be longer than $d$. This can be chosen in $a-1$ ways. The remaining $L-d-1$ characters in the string can be chosen arbitrarily, for which there are $a^{L-d-1}$ choices.