The function is basically a Fourier transform of symmetrized Dirac $\delta$ functions at the prime powers. Per the authors, the "spikes" of $\hat{\Phi}_{\le C}(\theta)$ "for large $C$ pinpoints the spectrum" $\{\theta_1,\theta_2,\theta_3,... \}$, i.e., the sequence in order of imaginary parts of the non-trivial $\zeta$-function zeros.

As an example, here's what I get with a C program and MATLAB to replicate Figure 32.7 in the book: 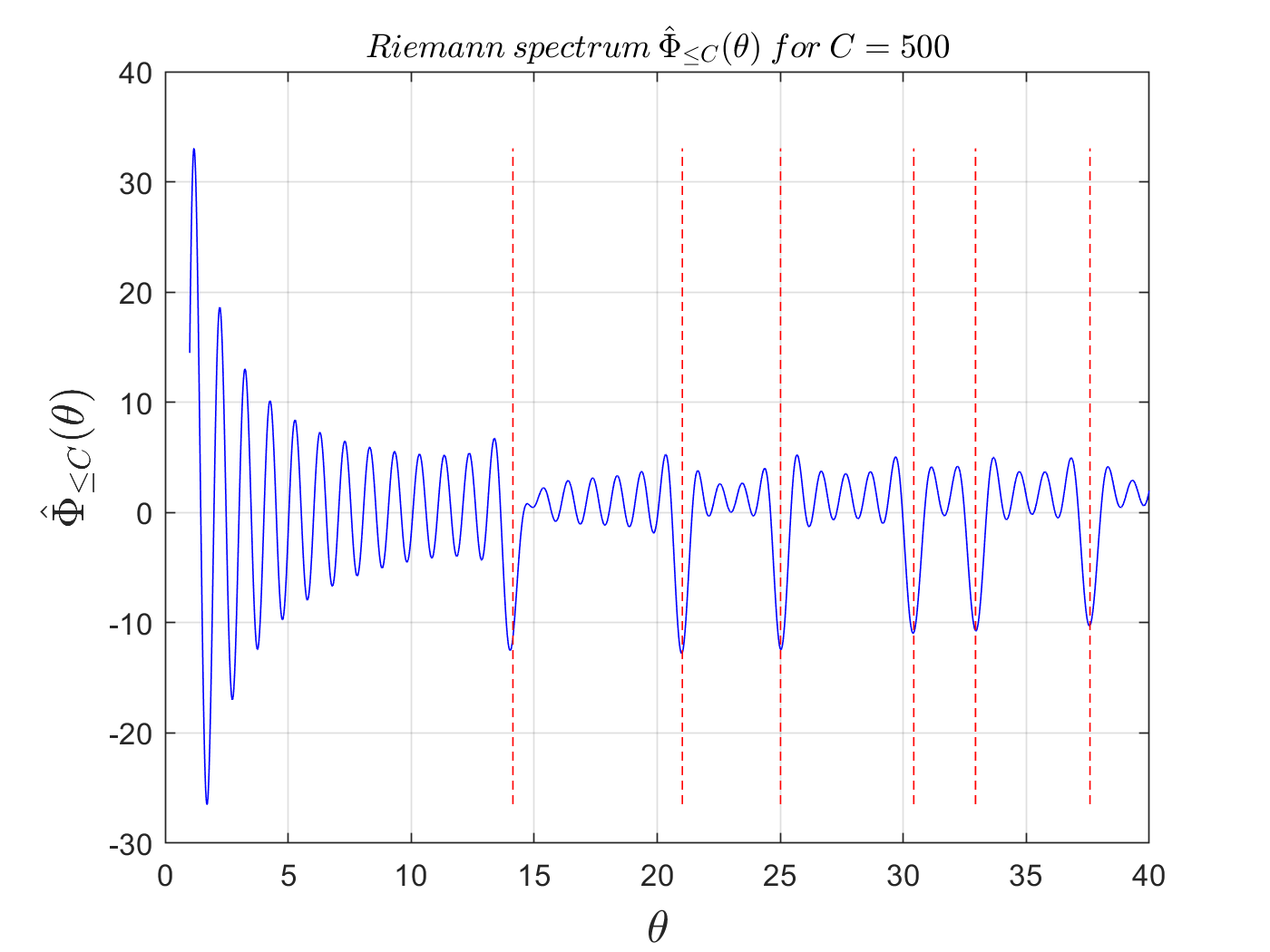 That matches the figure very well so I'm pretty sure the code is right. The red lines are at the locations of the the first six $\theta$'s

The first few $\theta_i$ are more or less at the negative peaks. However, increasing $C$ further doesn't really improve the situation: 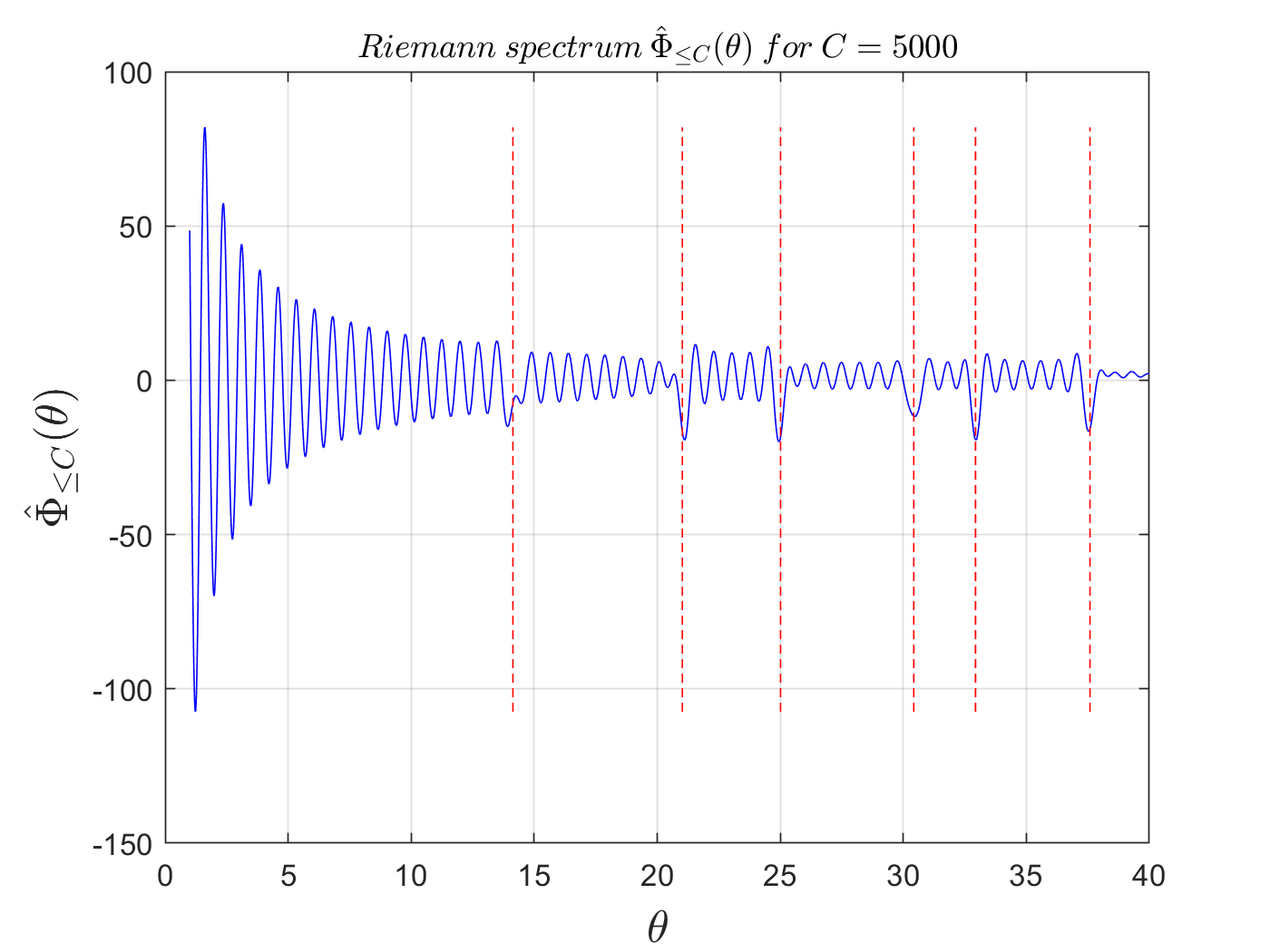 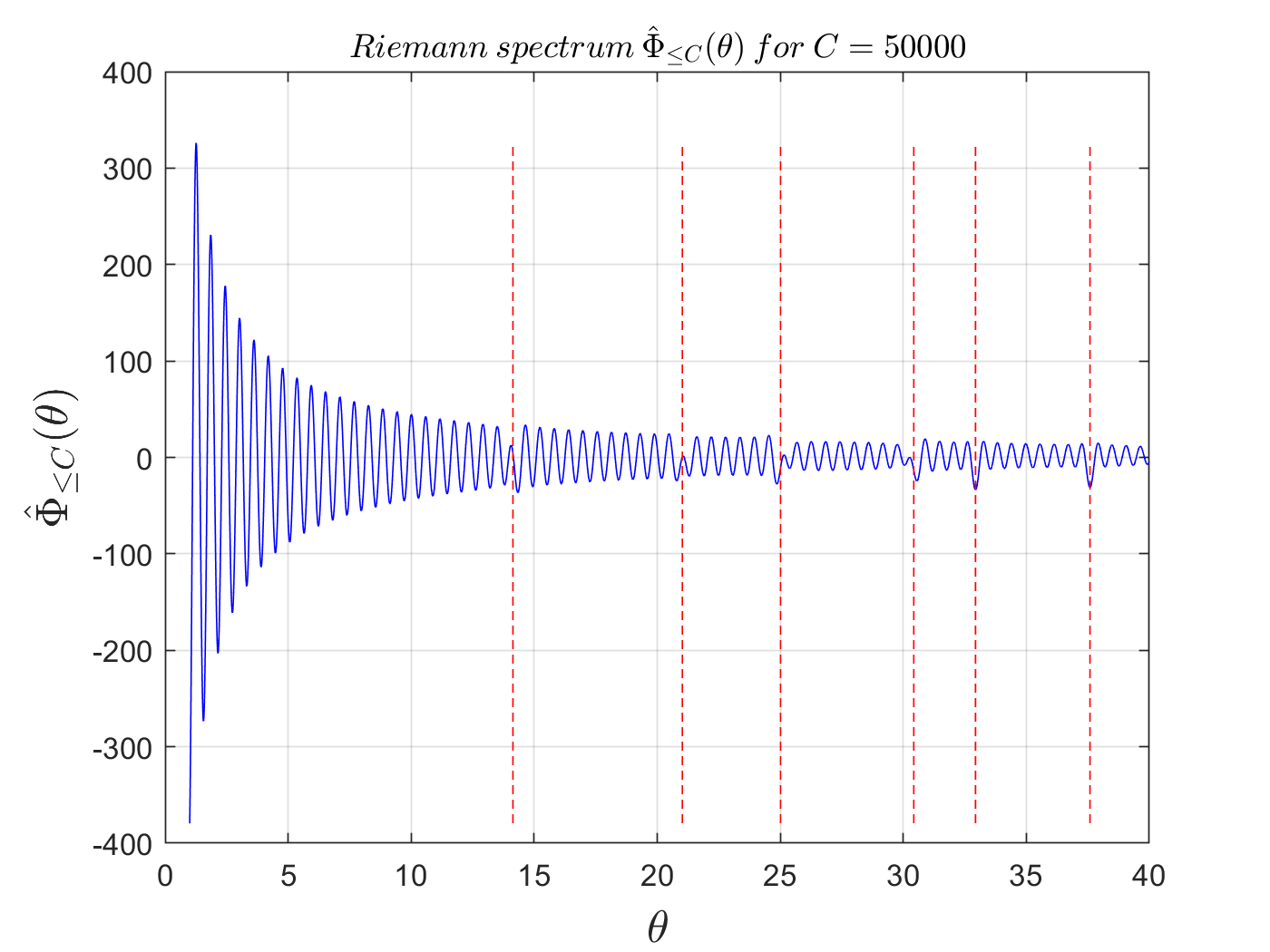 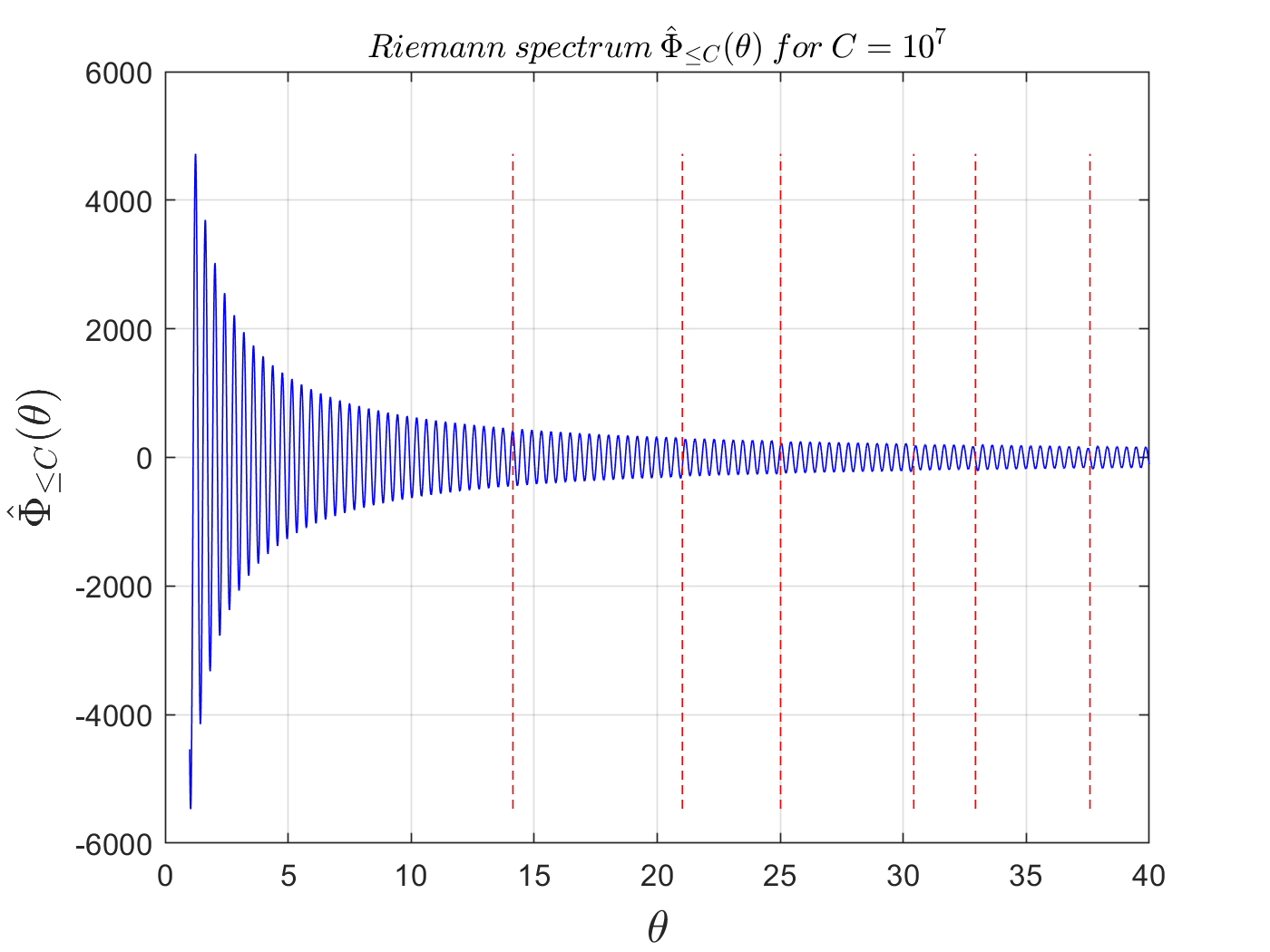 Shouldn't the $\theta_i$ corresponding to the imaginary parts of the non-trivial $\zeta$-function zeros get more distinct as $C$ increases, not less? Or maybe there's a bug? 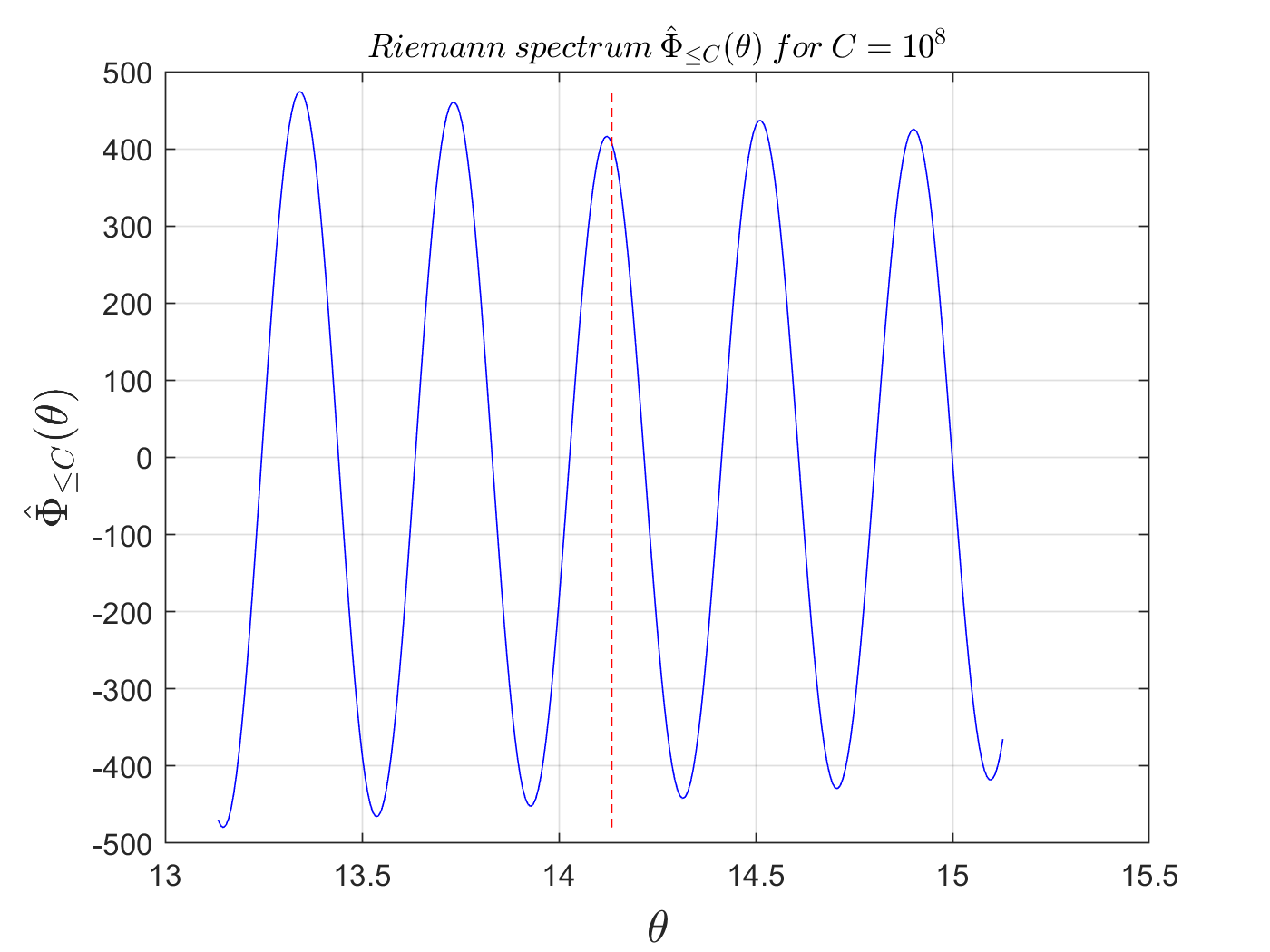 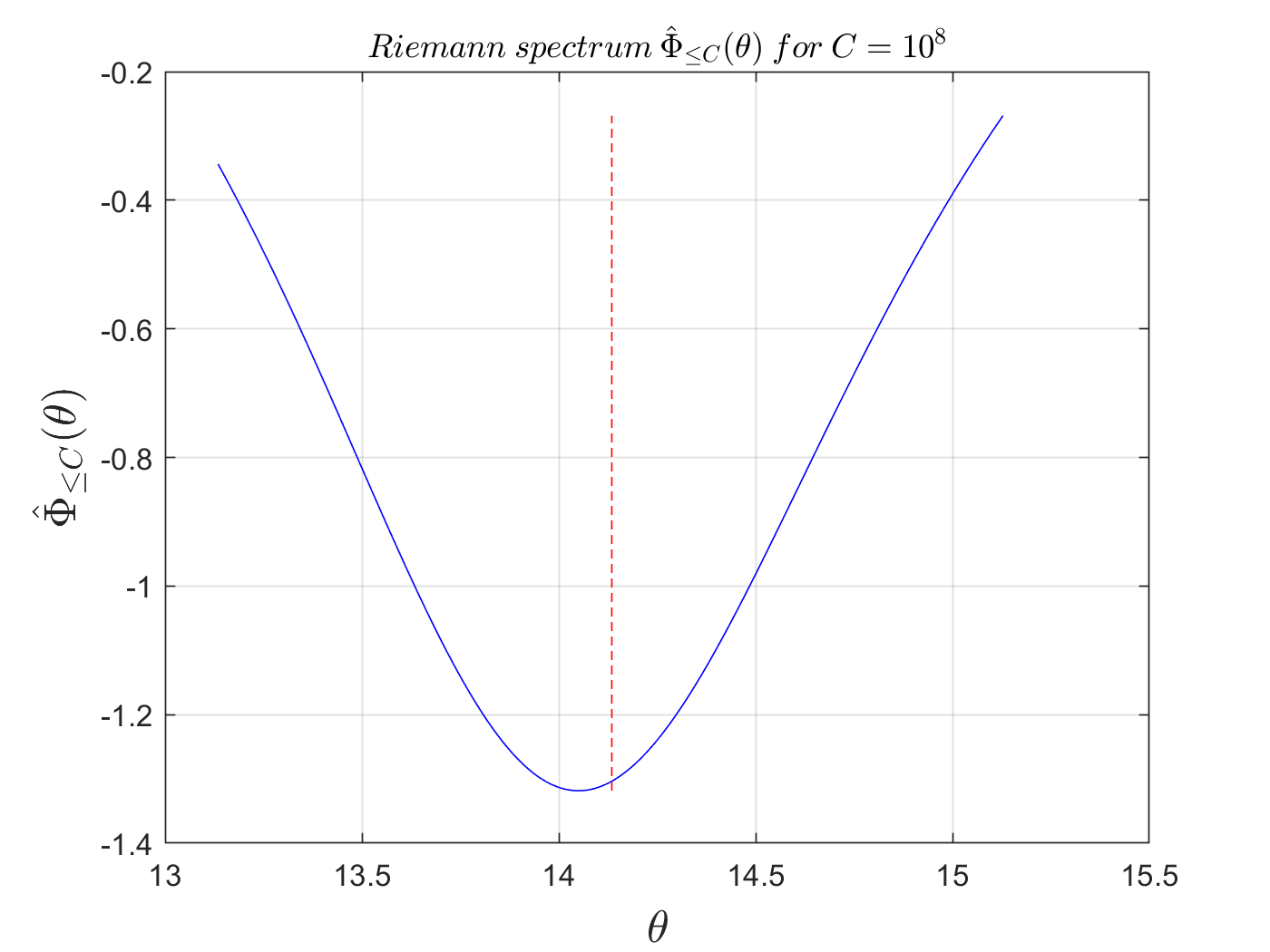 I made this code

You can run it in https://octave-online.net/ (click 2 times on add 15 seconds during the execution)

The peaks are the non-trivial zeros of $\zeta(s)$, each one integrates to $2\pi$ 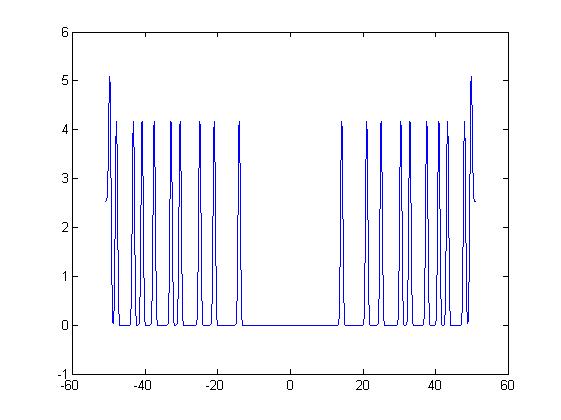 Not the answer you're looking for? Browse other questions tagged fourier-analysis riemann-zeta riemann-hypothesis or ask your own question.

38
Are these zeros equal to the imaginary parts of the Riemann zeta zeros?
66
Is this similarity to the Fourier transform of the von Mangoldt function real?
1
What is meant by the term "discrete" number with respect to the imaginary part of the non-trivial zeros of $\zeta(s)$?
2
Fourier Transform of the Riemann zeros (Dirac comb)?
3
Convergence of trigonometric sums over the non-trivial Zeta zeros