Bijection between two parts of a function?

Is it possible for a function to be separated into two regions of the plane such that a bijection exists between those two regions. In other words, can we separate a curve described by a function into two distinct parts and equate those parts as being equal in size?

I would like to set up a bijection between a curve contained in the unit square, and a curve greater than $1$ in it's domain and range. These curves must be part of the same function but separated like so.

Is there a bijection between these two parts of the function? 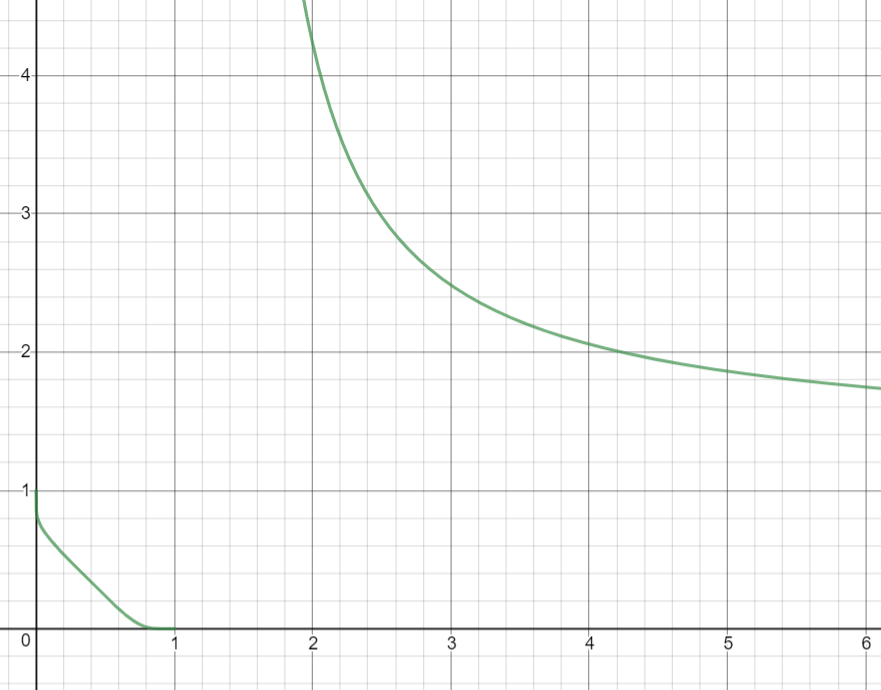 Yes. Take the sine curve, $y=\sin x$. Parts of the curve are above $x$-axis and parts below the $y$-axis satisfy the condition. One can easily set up a bijection between them:

Yes, it is possible to do that.

The simplest example of this is that consider the line $y=x$ and divide it into two parts- above and below the x-axis.

There is a bijection, namely $x\mapsto -x$ between the two parts. Therefore, they are equal in size.

Not the answer you're looking for? Browse other questions tagged calculus functions soft-question or ask your own question.

2
Is this parametric curve space-filling? Why or why not?
0
Elementary function and injection
0
Adding together curves or shapes to approximate something more complex
2
If $A\subseteq B\subseteq C$ and there is a bijection between $A$ and $C$, $\#A=\#B$
2
Confusion between function and multivalued function.
1
arc length reparameterization of a cubic Bezier, in parts
5
Curve with longest arclength between two points