Metric topological manifold and the choice of neighbourhood

Let $(M,d)$ be a metric topological manifold (without boundary). We know that for any $m\in M$ there is an open neighbourhood $U\subseteq M$ of $m$ such that $U$ is homeomorphic to $\mathbb{R}^n$. Can we always choose $U$ to be an open ball in $M$ with respect to the metric $d$ around $m$?

Ok, this is not always possible. Don't mess with topology, it will mess with you! 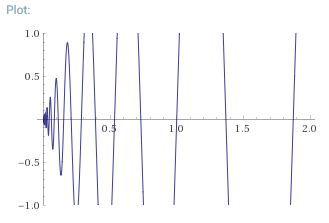 If we assume that the metric balls of the manifold $M$ are connected, then we are able to generate a covering of metric balls, which are homeomorphic to connected subsets of $\mathbb R^n$. This is an alternative definition of an atlas.

Not the answer you're looking for? Browse other questions tagged metric-spaces manifolds or ask your own question.