How can I use the relationship between the Fibonacci numbers and the EA to fill squares?

When it asks "What squares could you use to fill a 6765 x 4181 rectangle," I don't know what this means. What are the next steps in solving this problem? And is there any deeper relationship between the Fibonacci numbers and EA?

For the second question, I am assuming it is something similar as well. 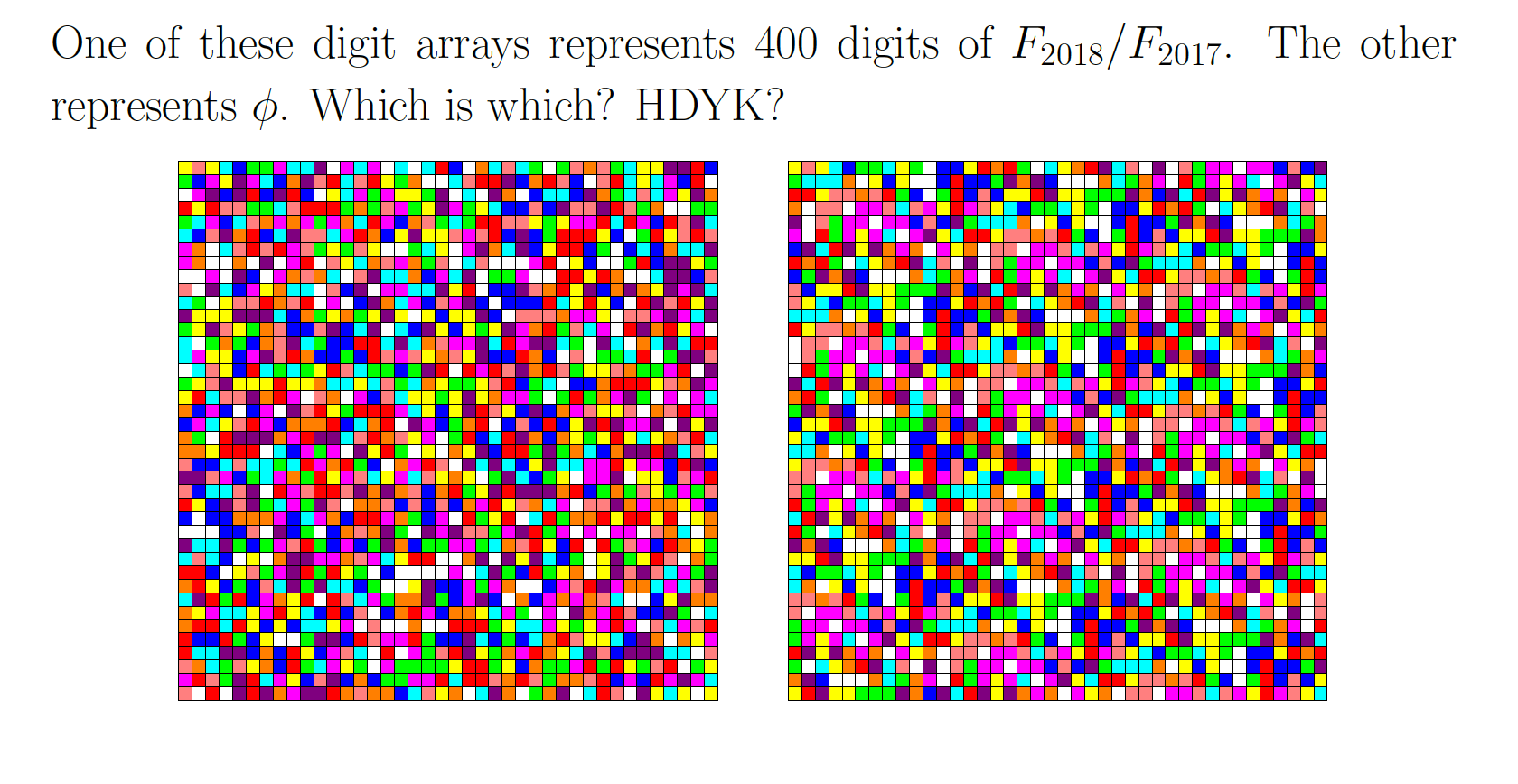 HDYK just means "how do you know", I'm assuming.

I will address your first question.

While I think that the question is poorly phrased, I think I know what they mean by "What squares could you use to fill up a 6765$\times$4181 rectangle". I will illustrate this on a scaled-down version of the problem. 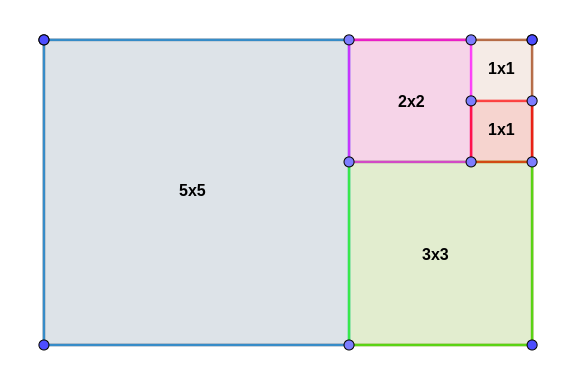 One can see that we can fill up the rectangle perfectly with squares whose sides' lengths are all Fibonacci numbers up to $F_5$.

Why does this work for every pair of consecutive Fibonacci numbers?

Now place another square ($2\times2$) next to the longer side of that rectangle. What results is yet another rectangle. Now just repeat the process until you use up all the Fibonacci numbers up to $F_6$.

Notice that by adding new squares, we will always get a new rectangle. What I mean by this is that the resulting figure will never be "jagged". This follows from the way that Fibonacci numbers are defined.

I think that this is what the question was going for, although it was not very well phrased, since there are many ways to fill up a rectangle with squares.

EDIT: The second part of the question

Assuming that $\phi$ is the golden ratio, $\phi=\frac{1+\sqrt5}{2}$, its decimal representation will be unpredictable, because $\phi$ is an irrational number.

Not the answer you're looking for? Browse other questions tagged algebra-precalculus fibonacci-numbers euclidean-algorithm or ask your own question.