Does the empty string share properties of both zero and $\emptyset$?

I'm confused by the use of the empty string as the author uses it below. This is a excerpt from Introduction to the Theory of Computation by Sipser. 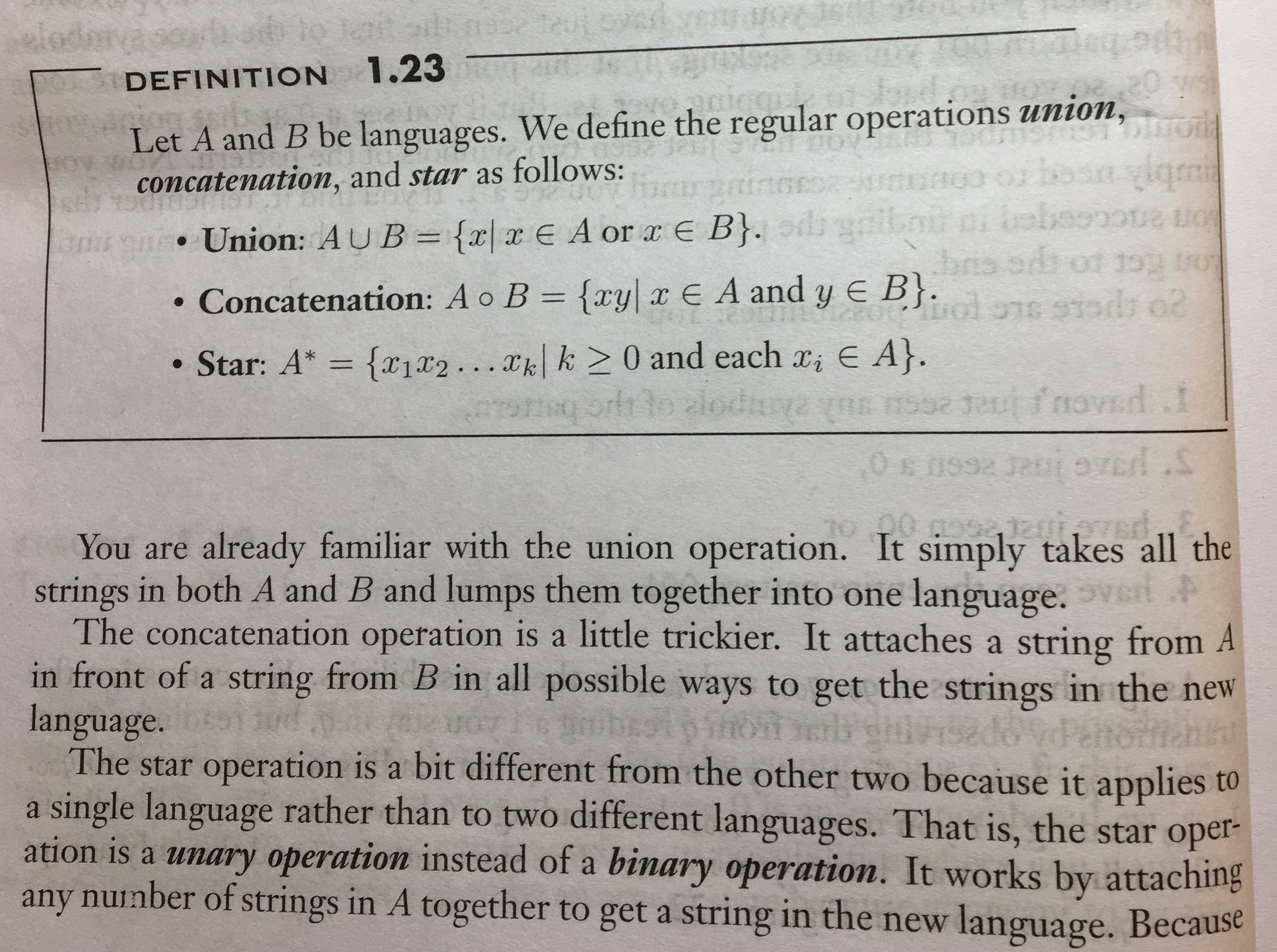 Regarding the emptystring line, is this how we define $A^*$, or is it true by definition of the star operation?

I'm confused because he defines the empty string by:

Later on the author states he is going to show that a regular language $A$ is closed under star, but that can't be so—based on these definitions—unless the empty string is in $A$, so which is it?

He defines $A$ as a regular language if it's recognized by some finite automaton, but we don't need the empty string to form such a language, consider the language of all finite strings that include at least one character $\alpha$ then we construct a machine that's in an accepted state when $\alpha$ is read, and remains there for all other inputs. In other words is if $A$ is a regular language then he empty string doesn't seem to have to be in $A$.

Not the answer you're looking for? Browse other questions tagged elementary-set-theory computer-science automata or ask your own question.

0
Is a regular expression a string or a set of strings?
2
Does closure under the union and concatenation operations imply closure under the star operation?
14
Why is the Kleene star of a null set is an empty string?
3
Is the empty set in every language?
2
Regular Expression VS Finite Automata
1
The definition of the empty string.
0
If we remove one string from any nonempty regular set, the resulting set is still regular.