The question for the case $h = \pm i$ was first asked by Herman Tulleken, with the proviso that an answer was allowed to make almost arbitrary special assumptions about $\gamma$, subject only to applicability to a particular problem related to polyominoes.

Accordingly, @YiFan asked the question again, still for the case $h = \pm i$, but this time only specifying that $\gamma$ is injective (and of course continuous), but should otherwise be arbitrary. @Jens observed, in a comment on this question, that the result seemed to be true for a general rotation, not just $90^\circ$.

I had made the same comment on the first question, not knowing that a second question had been asked - but I have also made many badly mistaken comments on both questions!

Although my judgement on this problem is evidently suspect, I am fairly confident of the validity of Hagen von Eitzen's answer to the second question, and even of my own answer to it. Both answers (independently) use the same construction, which is to concatenate $\gamma$ with $-\gamma$, forming a closed curve; it is then necessary to argue that if $z$ belongs to $[\gamma] \cup [-\gamma]$ and $[i\gamma] \cup [-i\gamma]$, then one of $\pm z, \pm iz$ belongs to $[\gamma] \cap [i\gamma]$. My initial vague impression that both arguments could handle the case of a general rotation seems, sadly, to be just another mistake.

Neither of these answers to the second question used the assumption of injectivity, so the case $h = \pm i$ (equivalently, w.l.o.g., $c = \frac{\pi}{2}$) seems to be settled.

The evidence for the general case is admittedly weak. I don't find it intuitively obvious (even though I keep kidding myself that I glimpse "reasons" why it should be true). The mere fact that it holds for $h = \pm i$ is not compelling. Beyond this, I only have the conviction gained from doing simple experiments with GeoGebra: creating $\gamma$ as a polyline object, moving the vertices around, and observing the intersections with one or more rotated copies.

Nevertheless, for what it's worth, I feel quite strongly that the general result is true. I also feel, slightly less strongly, that it probably has a simple proof using only elementary results about continuity. I don't think that anything as deep as the Jordan Curve Theorem is needed. Even my proof for the case $h = \pm i$ (which is short, if you allow the use of a lemma that seems to be of more general use) is probably more complex than the "Book" proof of the general result.

However, if no elementary proof is forthcoming, I will accept an answer using advanced methods. I won't be competent to judge such an answer myself, but I will happily take advice (in a chatroom, if there isn't space in the comments). 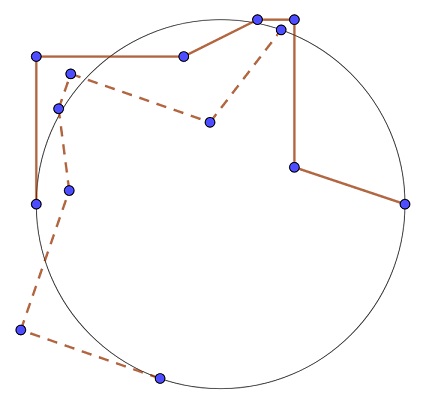 Seems my intuition was wrong. 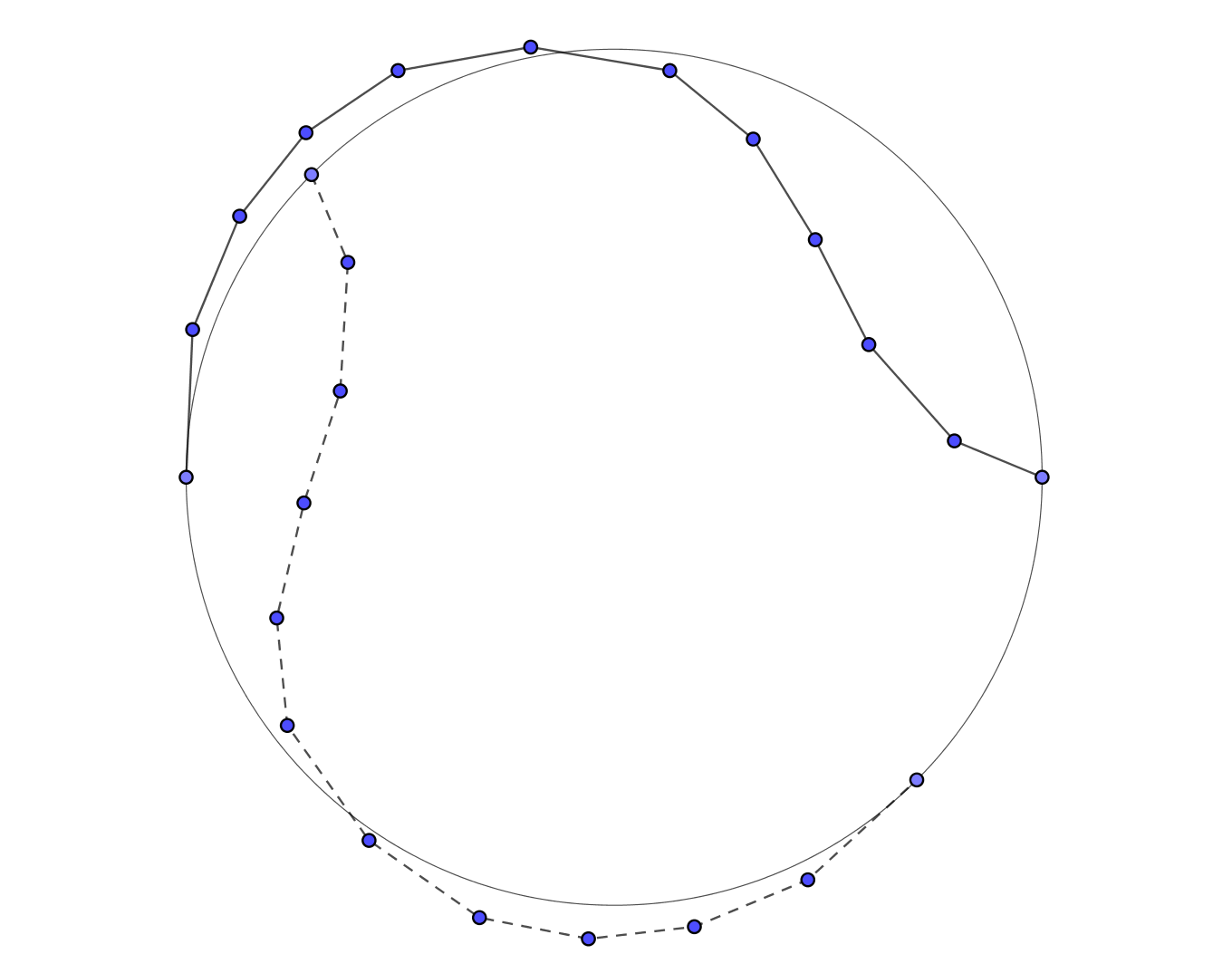 But this is what happened when I tried to do something similar for $\frac{\pi}{5}$:

Here is a similarly unsuccessful attempt to construct a counterexample for $c = \frac{\pi}{3}$:

Can anyone find a counterexample with $c = \frac{\pi}{n}$, for any positive integer $n$?

(As this is a Community Wiki post, anyone should feel free to contribute pertinent observations.)

Here is a counterexample for 35 degrees, which is close to 36.) 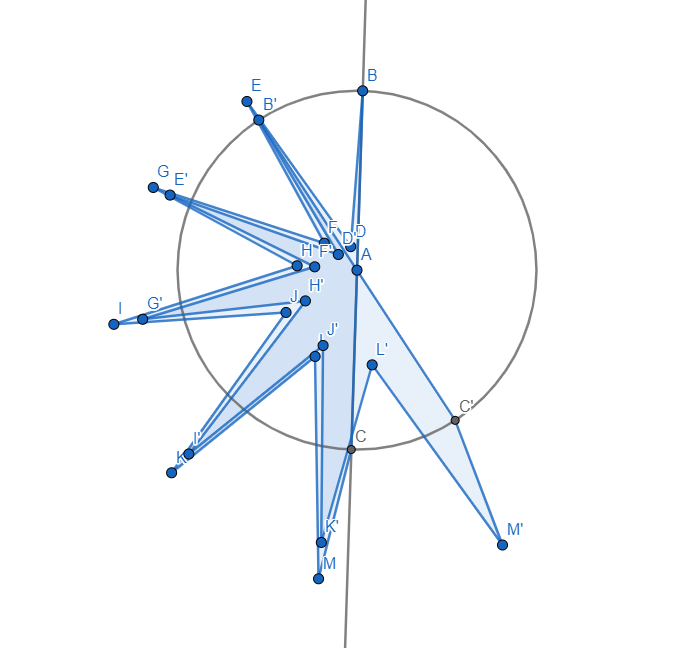 Not the answer you're looking for? Browse other questions tagged general-topology geometry plane-curves or ask your own question.