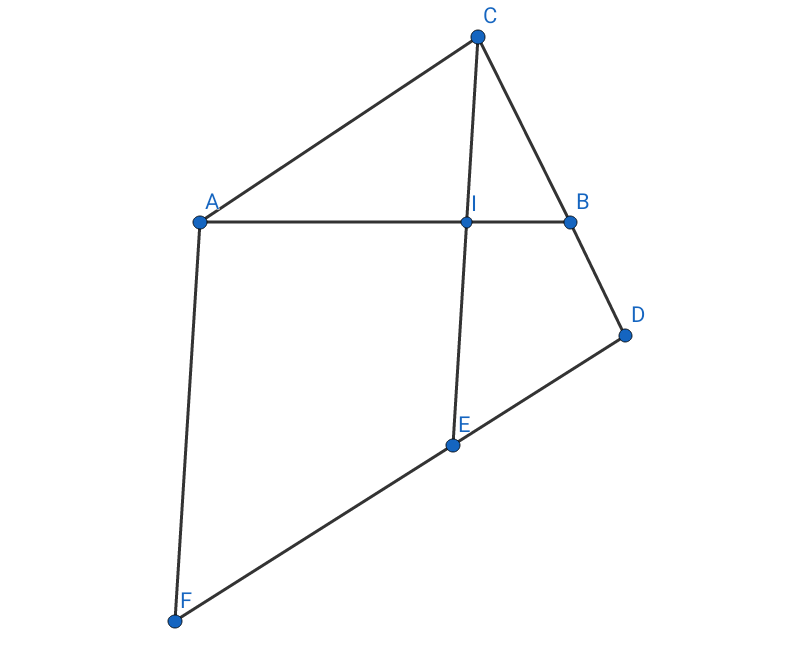 But, I got stuck whenever I try to find out the area of parallelogram of $AFEC$. I can't figure out even the length and height of paralleologram. I think that some parts of the diagram need to be showed as congruent. So, I can find the area of $ACEF$ somehow.

But I failed. How can I do this and how many ways it can be solved?

Hint: You forgot to use the fact that $AFEC$ is a parallelogram. It doesn't directly follow from the rest of the statement, but is rather very informative.

Not the answer you're looking for? Browse other questions tagged geometry contest-math triangles plane-geometry congruences-geometry or ask your own question.