(There is a follow-up question at MO.) 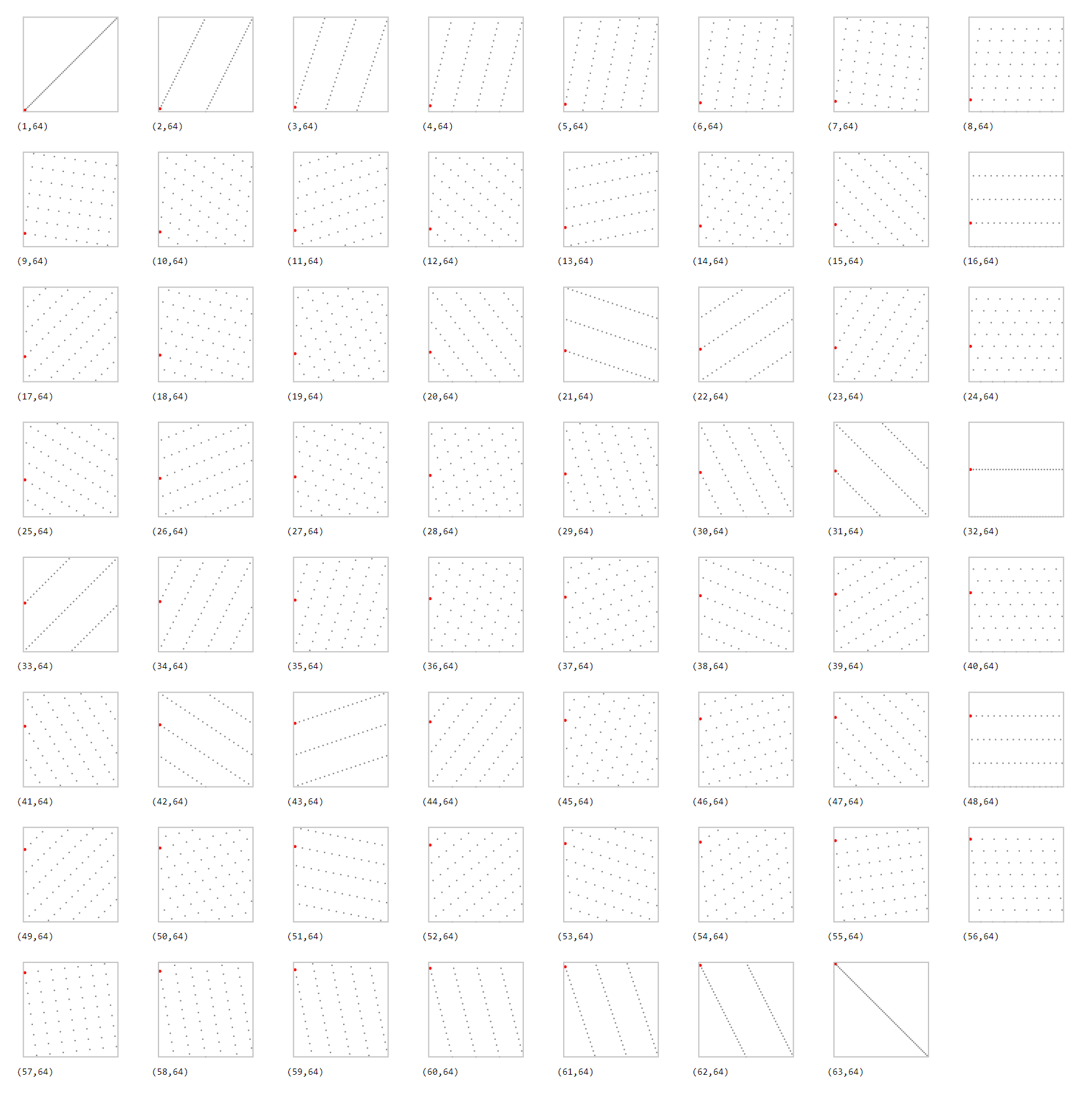 the latter being a shortcut for 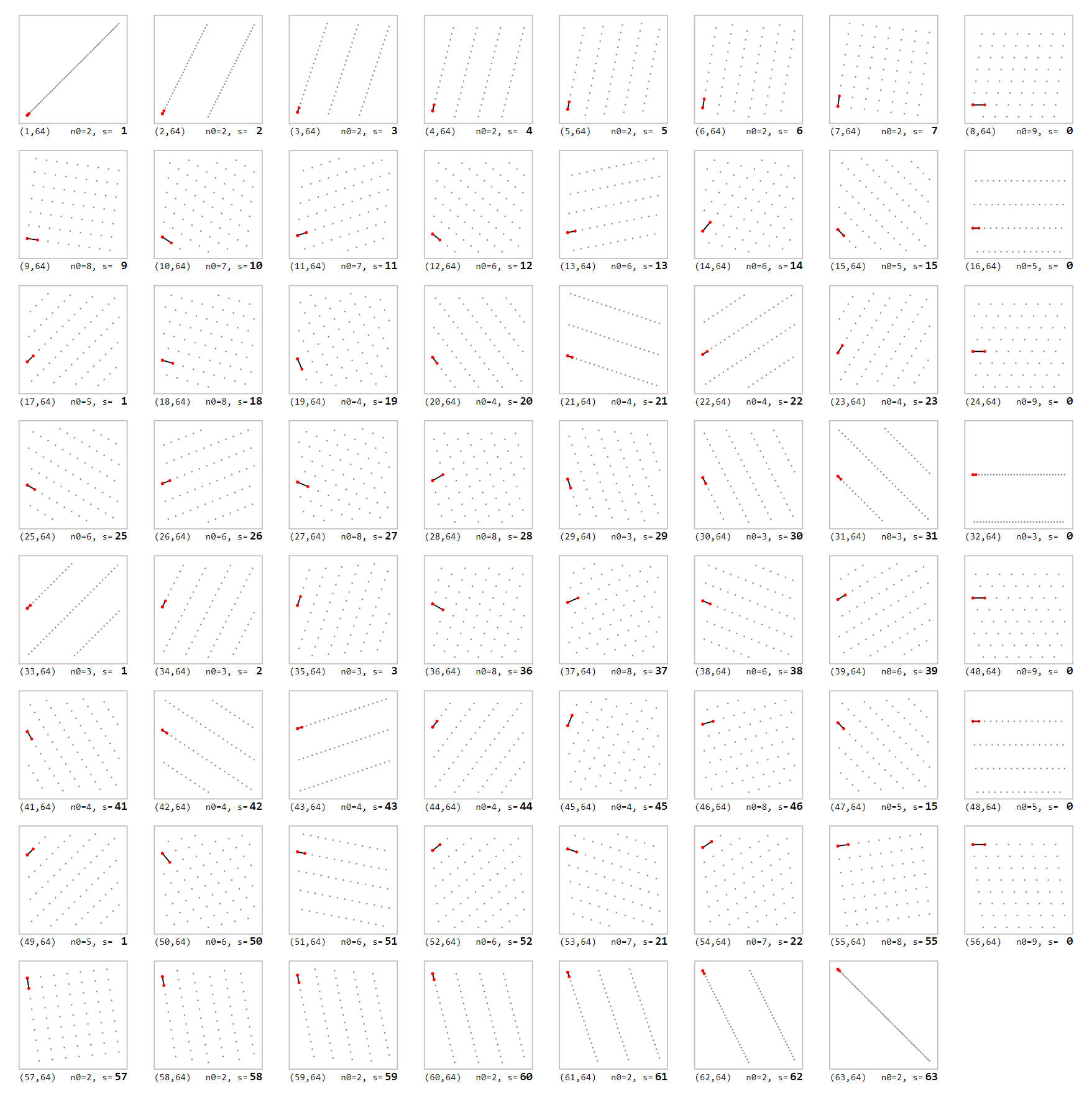 Are there closed expressions for the values of $n_0$ and $s^n_m$ as defined above – as number theoretic functions of $n$ and $m$? 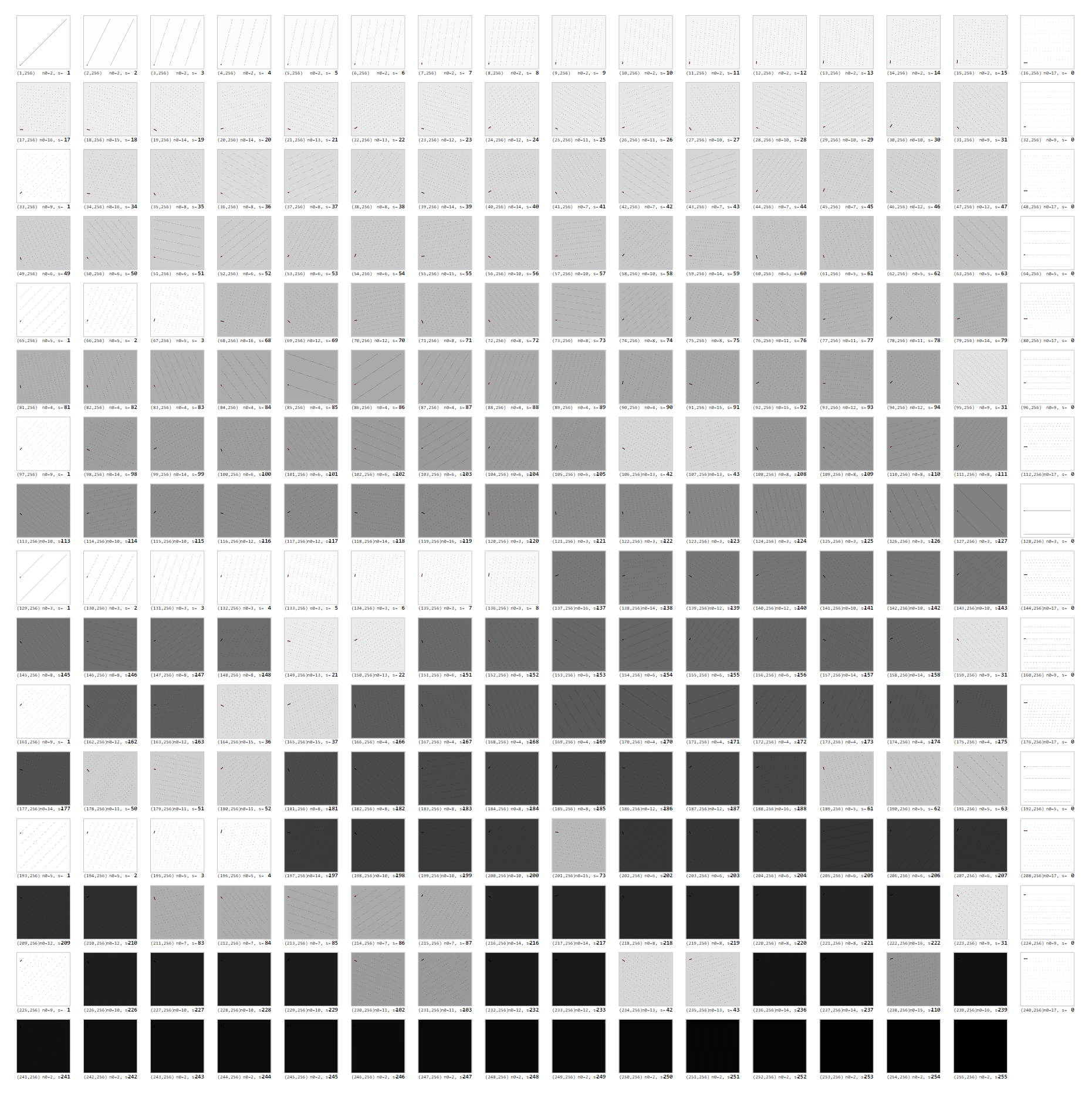 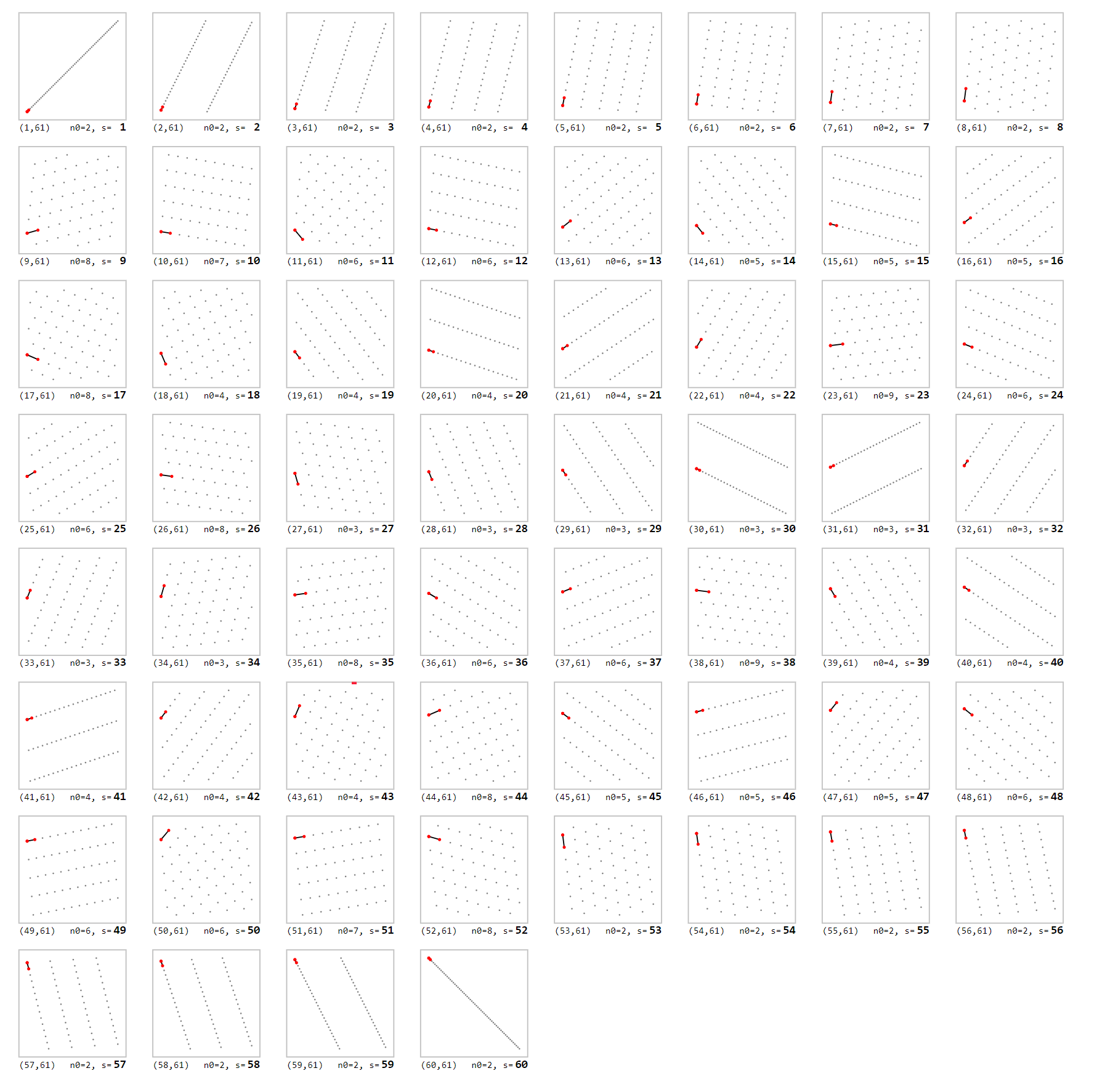 In this respect, prime numbers behave like integers in non-modular arithemtic:

What's missing is a proof!

Not the answer you're looking for? Browse other questions tagged number-theory elementary-number-theory modular-arithmetic visualization slope or ask your own question.

6
last two digits of $9^{1500}$ (Dummit Foote -Abstract Algebra preliminaries $0.3.5$)
1
Division by Zero and proofs that the slope is defined.
7
Patterns in division graphs modulo $n$
11
Visualizing quadratic residues and their structure
4
Enigmatic patterns in Archimedean spirals
3
How can one prove a recognized modulo pattern?