Determine which of the following are Vector Spaces 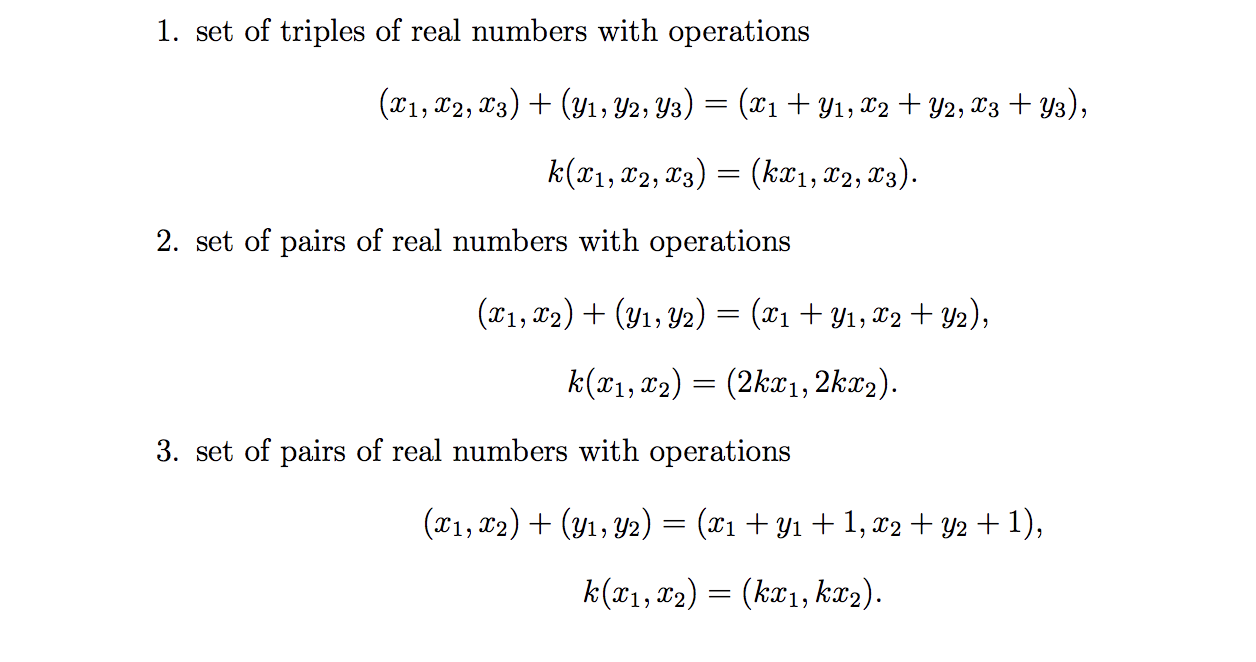 Edit: The third set is not a vector space.

The third one is not a vector space. The zero vector in this space is $(-1,-1)$ but if you multiply this by $2$ you don't get back the zero vector.