I found this visual "proof" of $\oint zdz = 0$ and $\oint dz/z = 2\pi i$ quite compelling and first want to share it with you. But I have a real question, too, which I will ask at the end of this post, so please stay tuned. 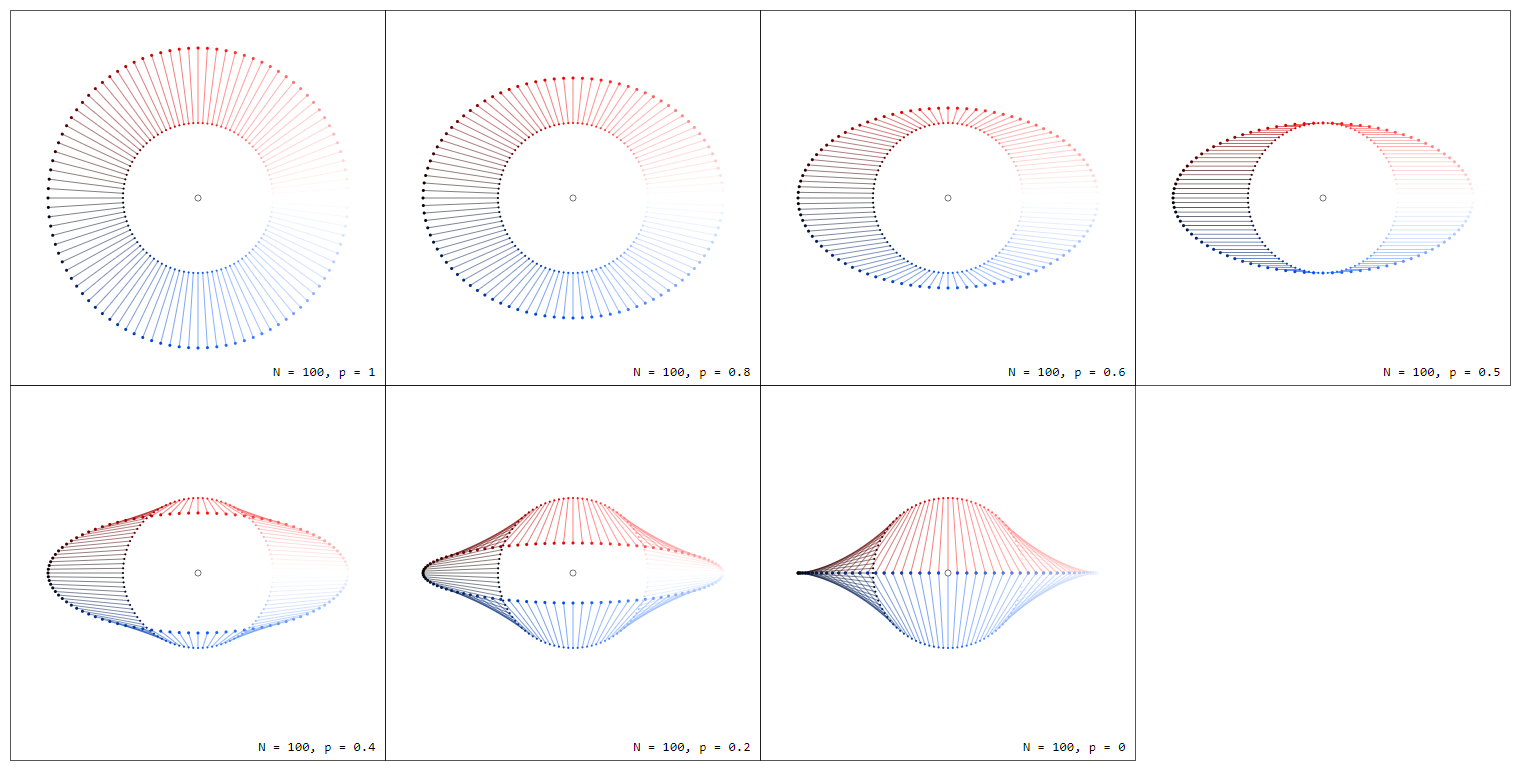 Note that these plots are essentially stream plots a) restricted to the unit circle and b) displaying not only the direction of the vector field but also its magnitude. 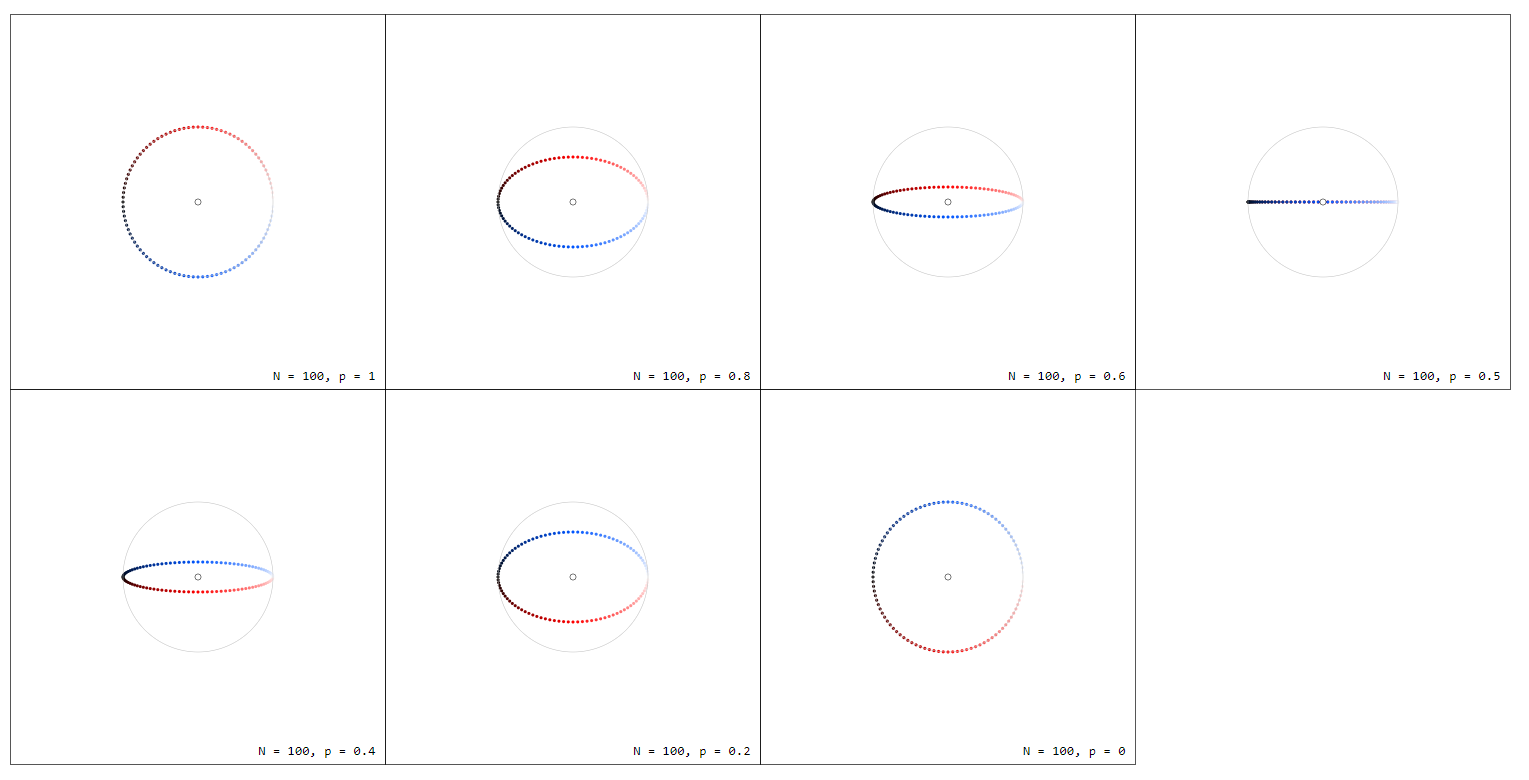 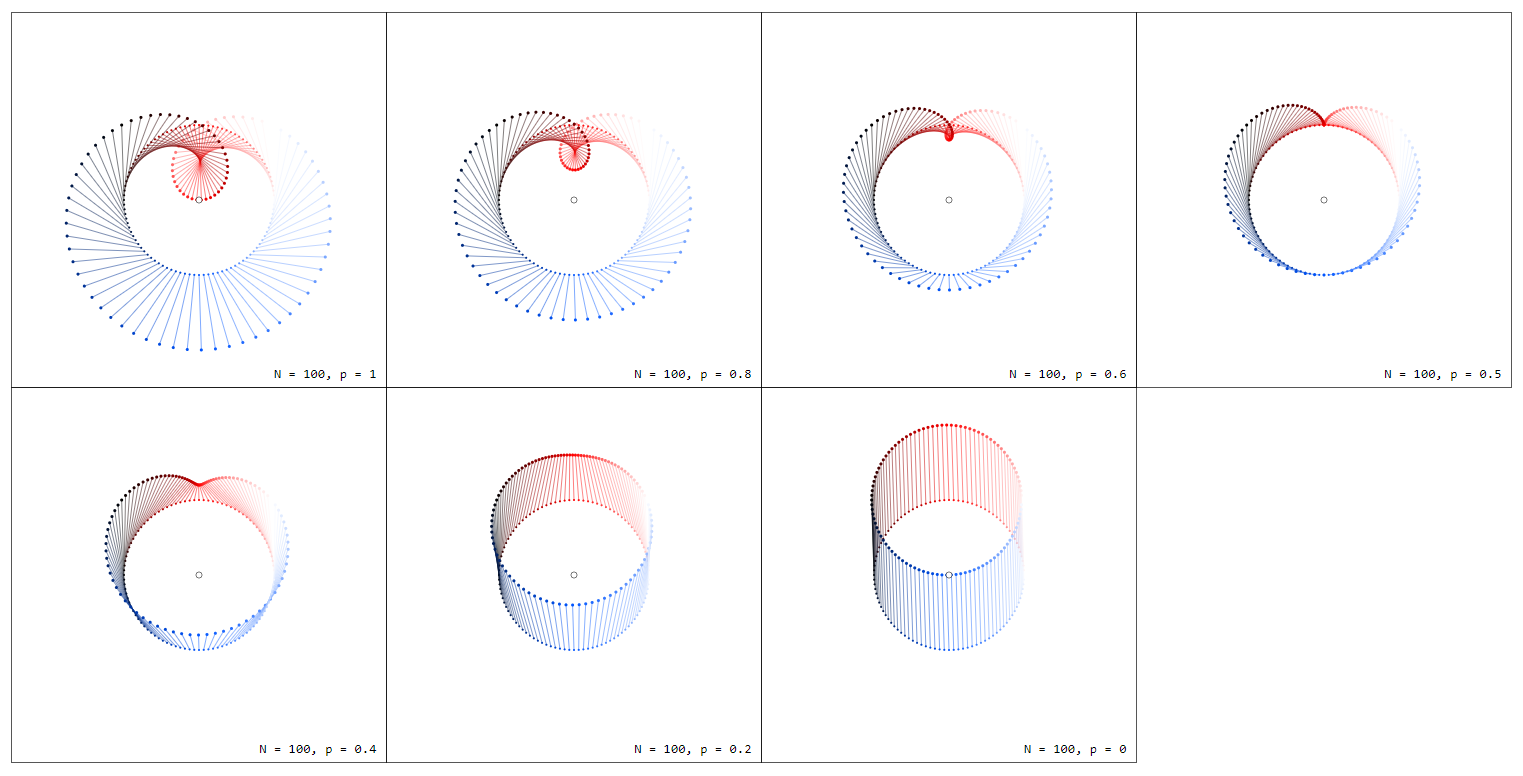 which holds for arbitrary $n$.

Again, to see this more clearly, we can draw $f(z)d_nz$ from the origin: 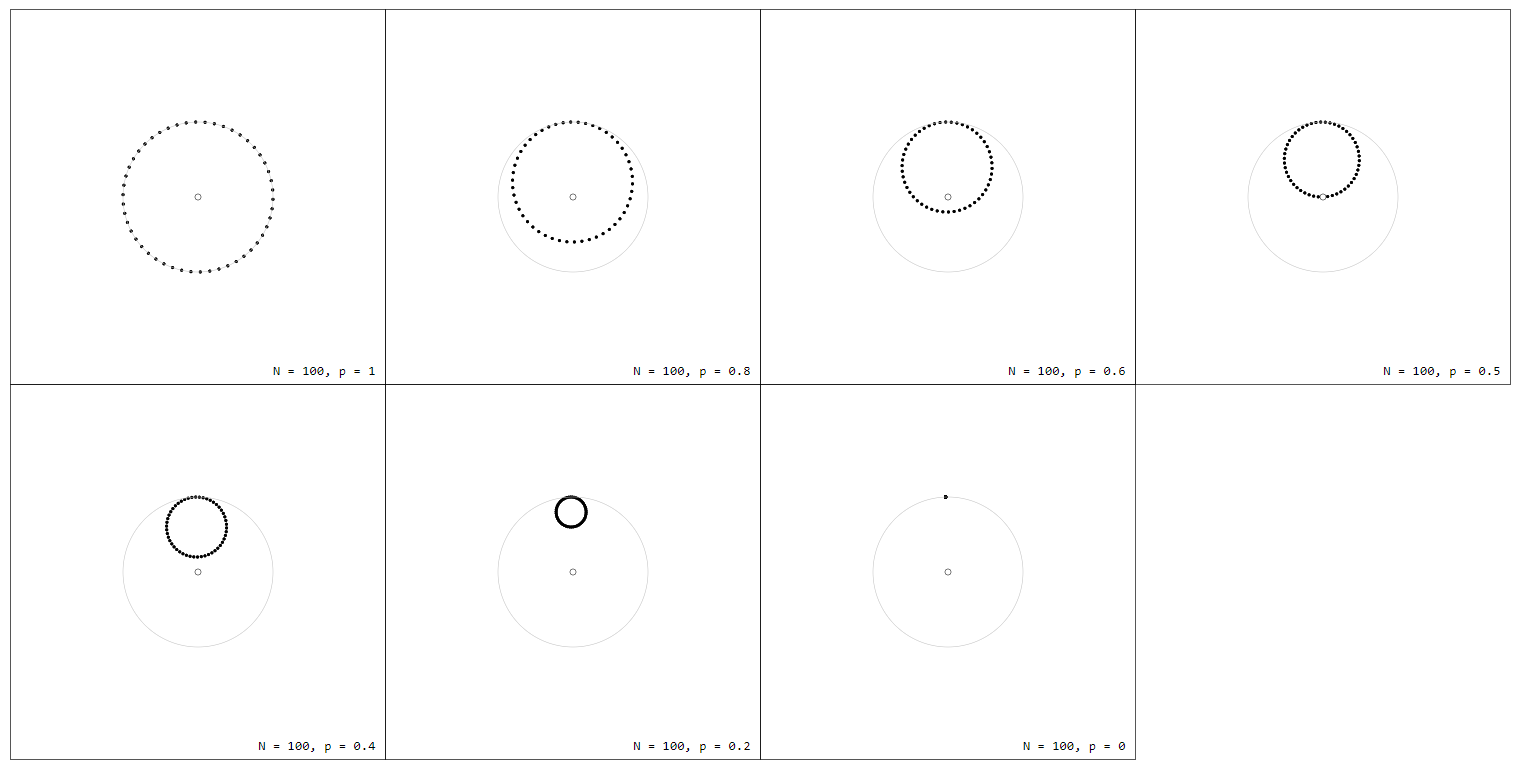 The proof sketched here was somehow "synthetic" or geometrical. It's interesting to compare it with the analytic proof:

and the proof by Cauchy's residue theorem

What I don't see in the pictures above is, what the value of the integral has to do with the existence of a pole at $0$, so my question is:

By which kind of "long-range interaction" does the singularity at $0$ "force" the vectors $dz/z$ to rotate exactly the way they do, summing up to $2\pi i$? 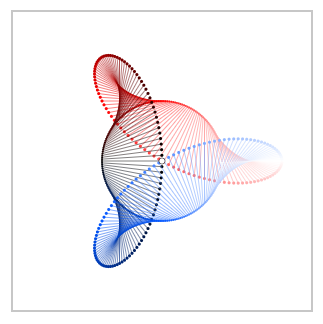 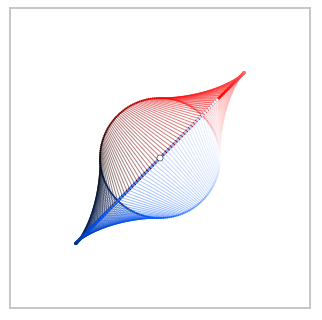 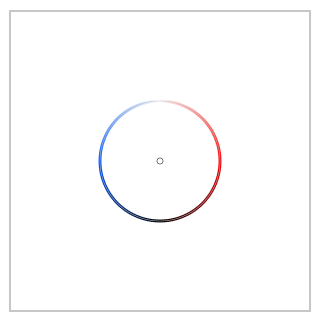 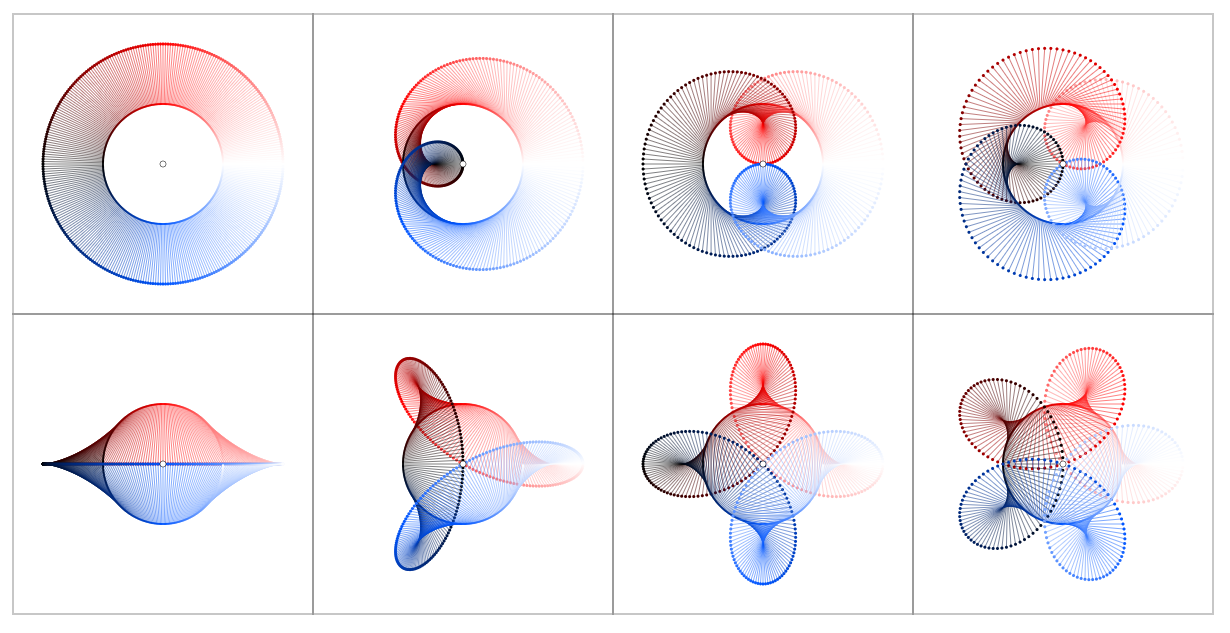 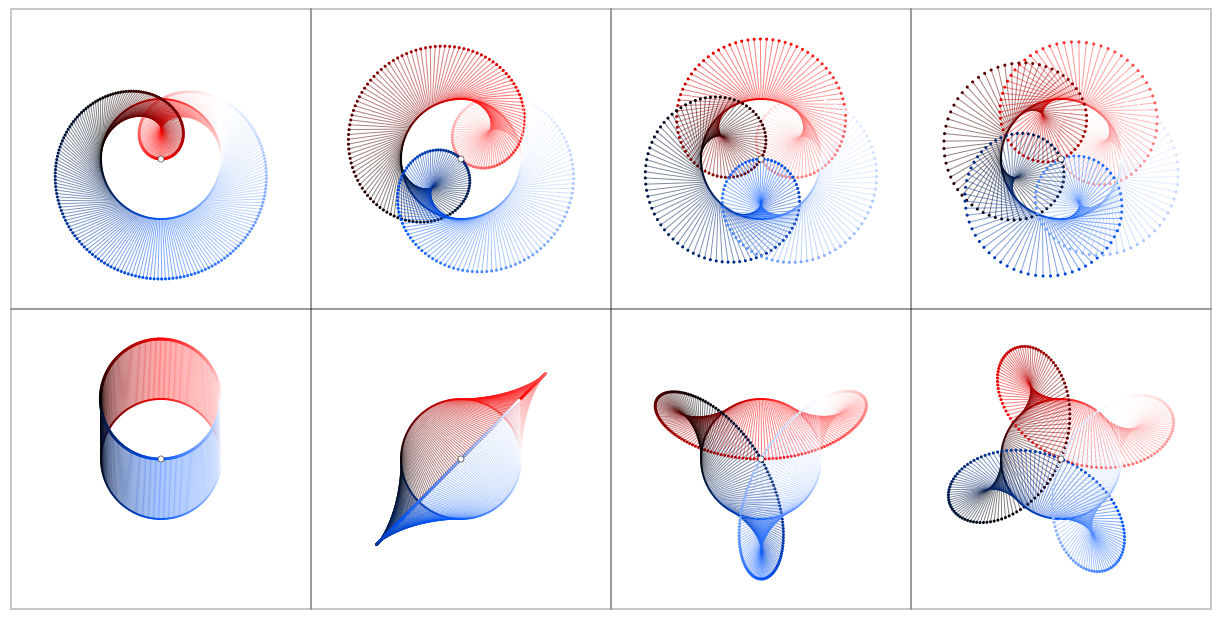 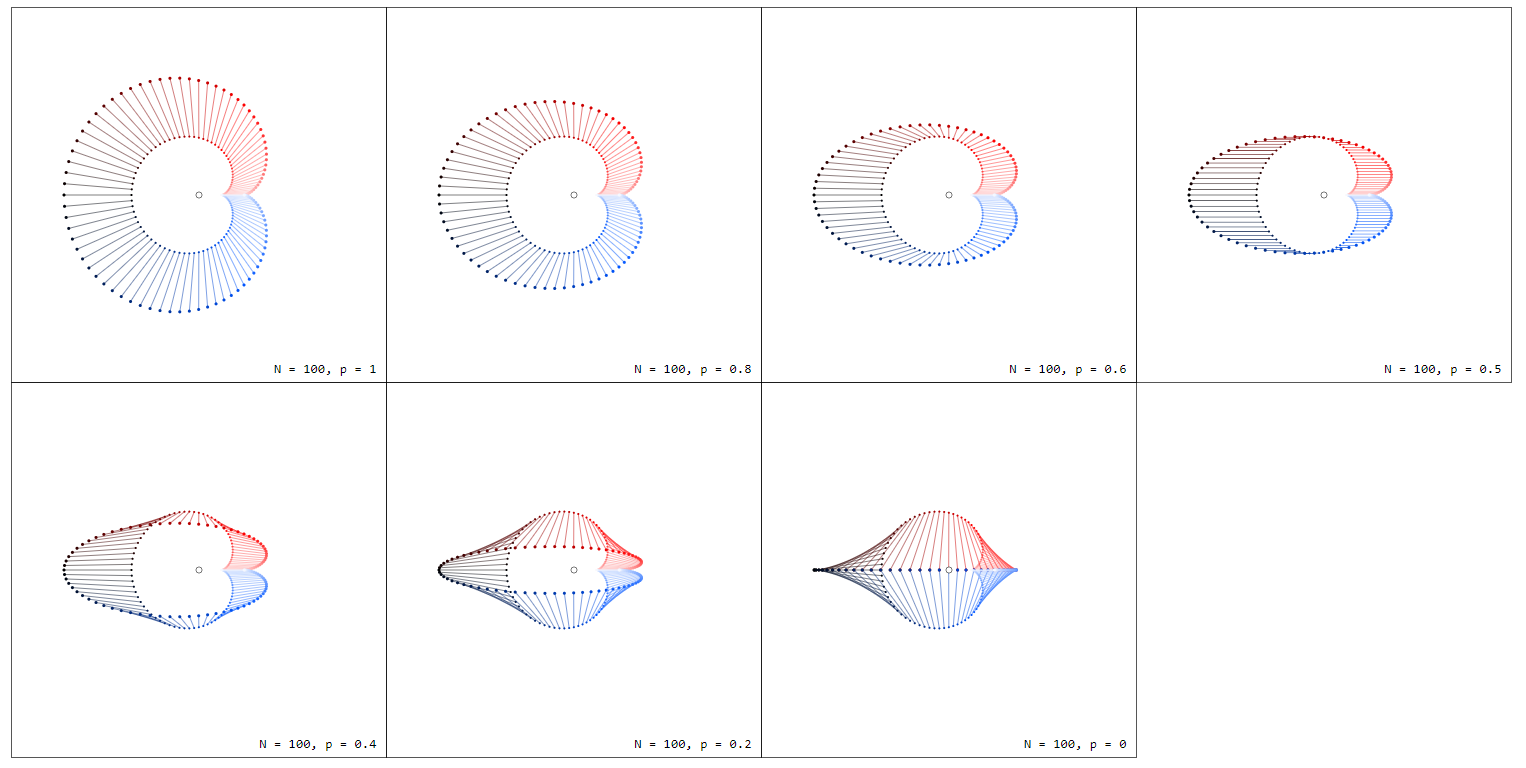 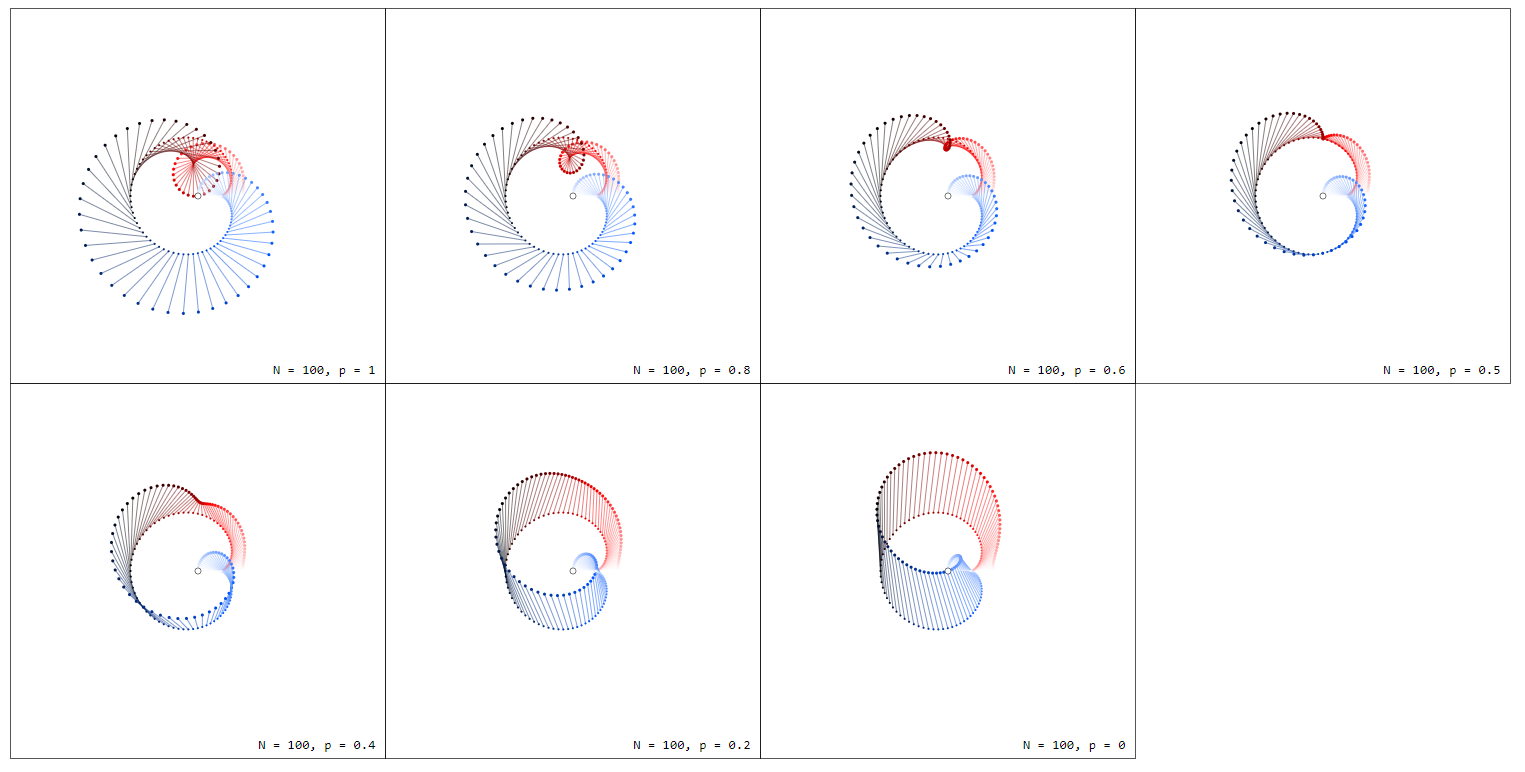 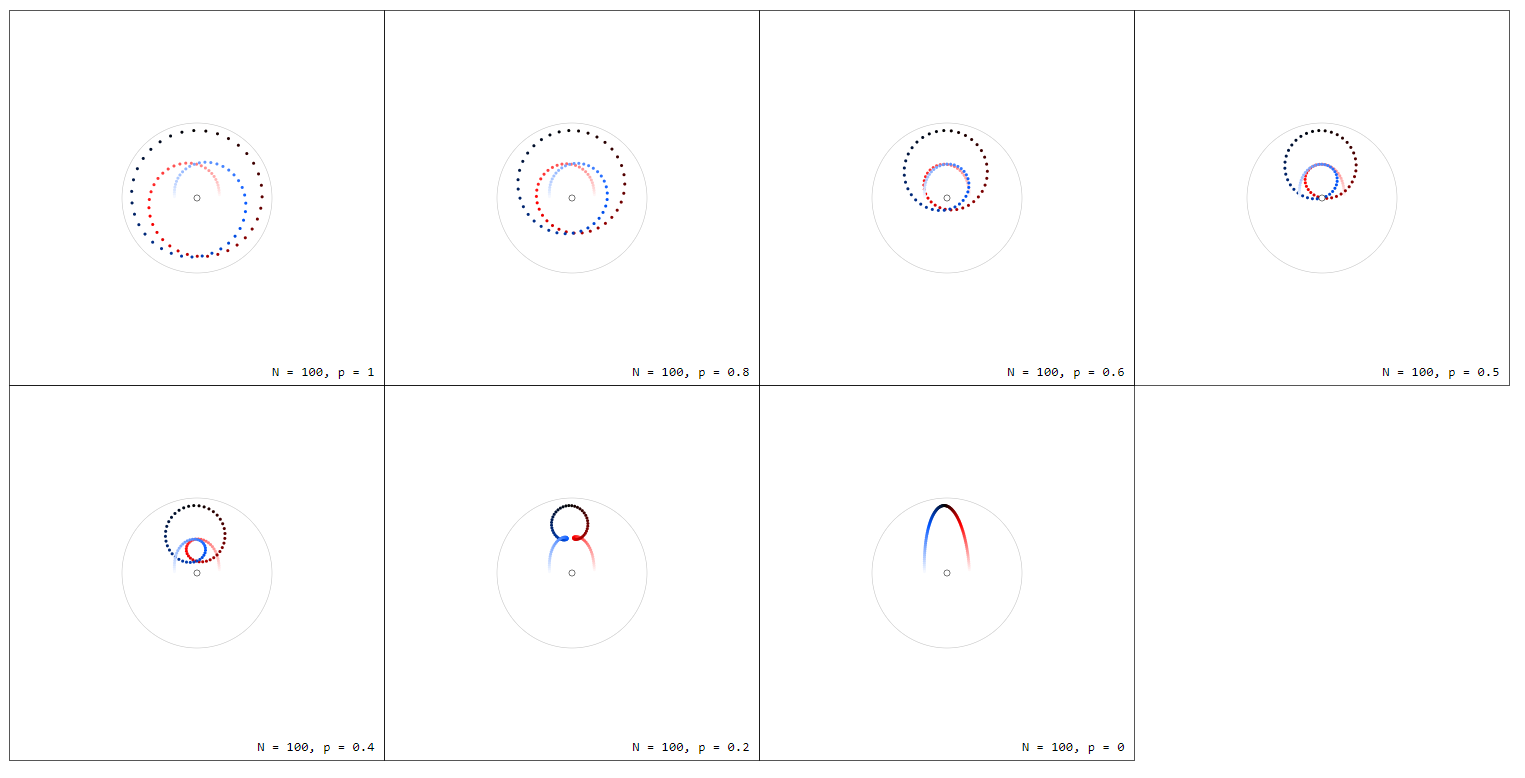 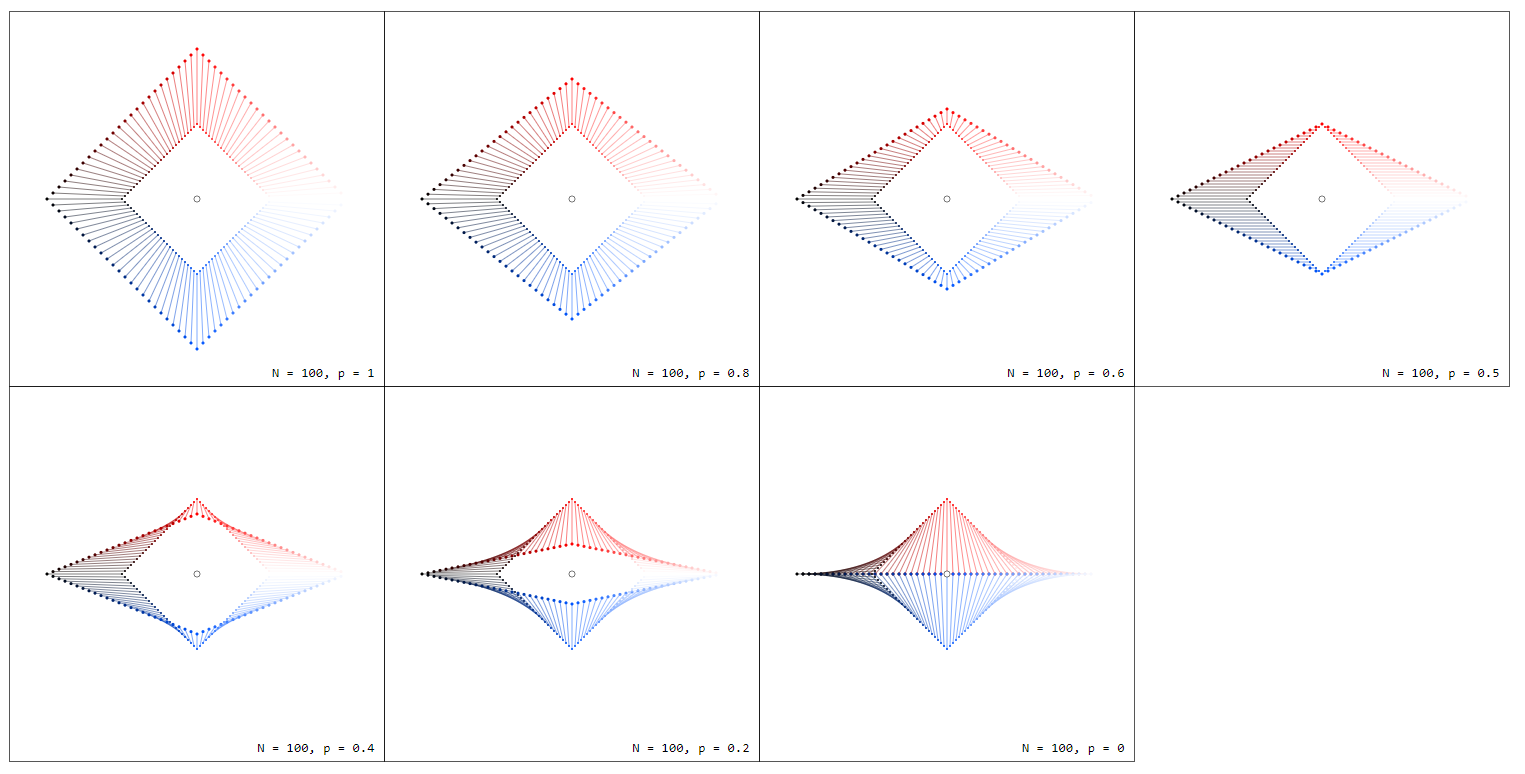 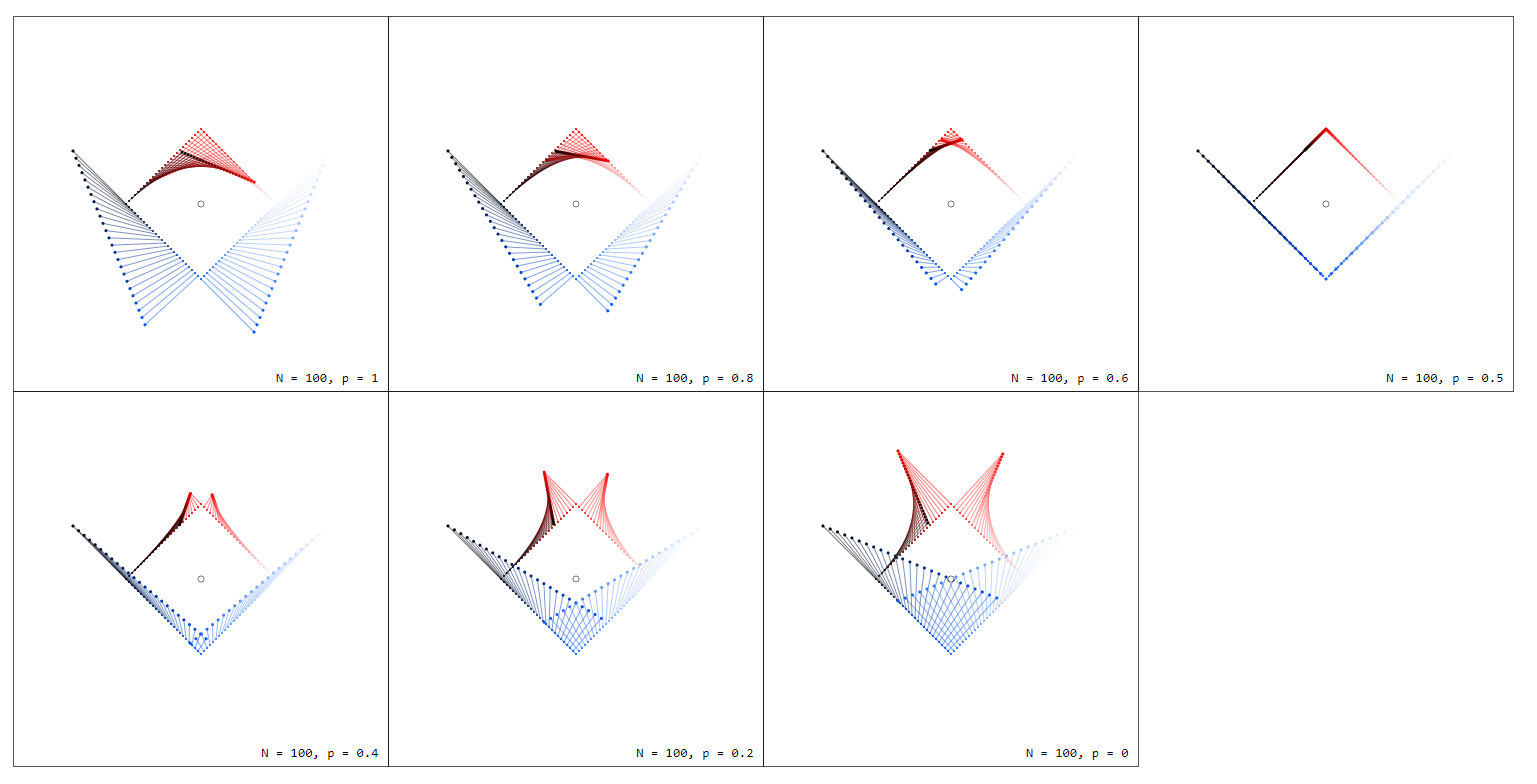 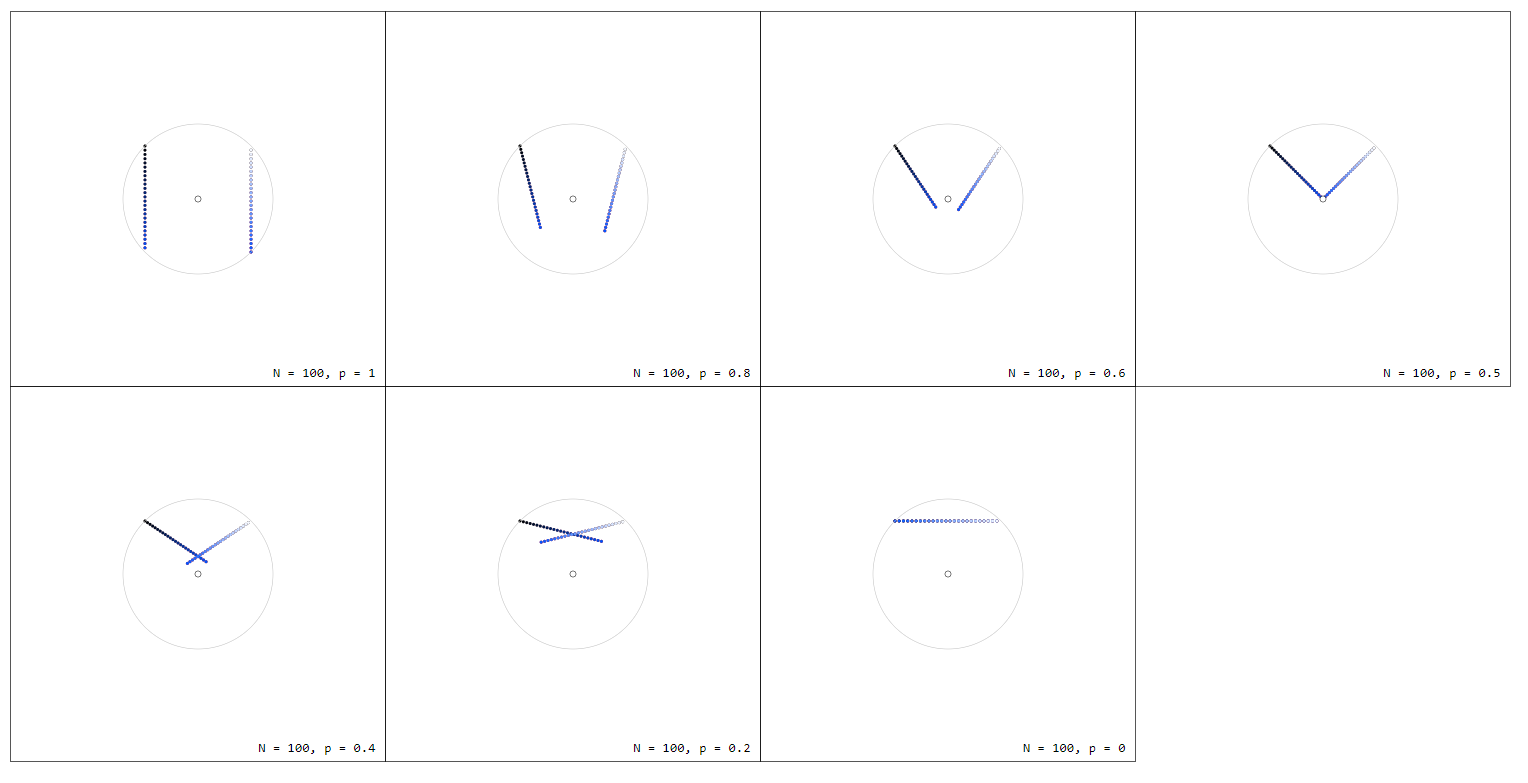 The rotation of $f(z)$ as induced by multiplication by $dz$ can be seen as a "process" in stop motion: 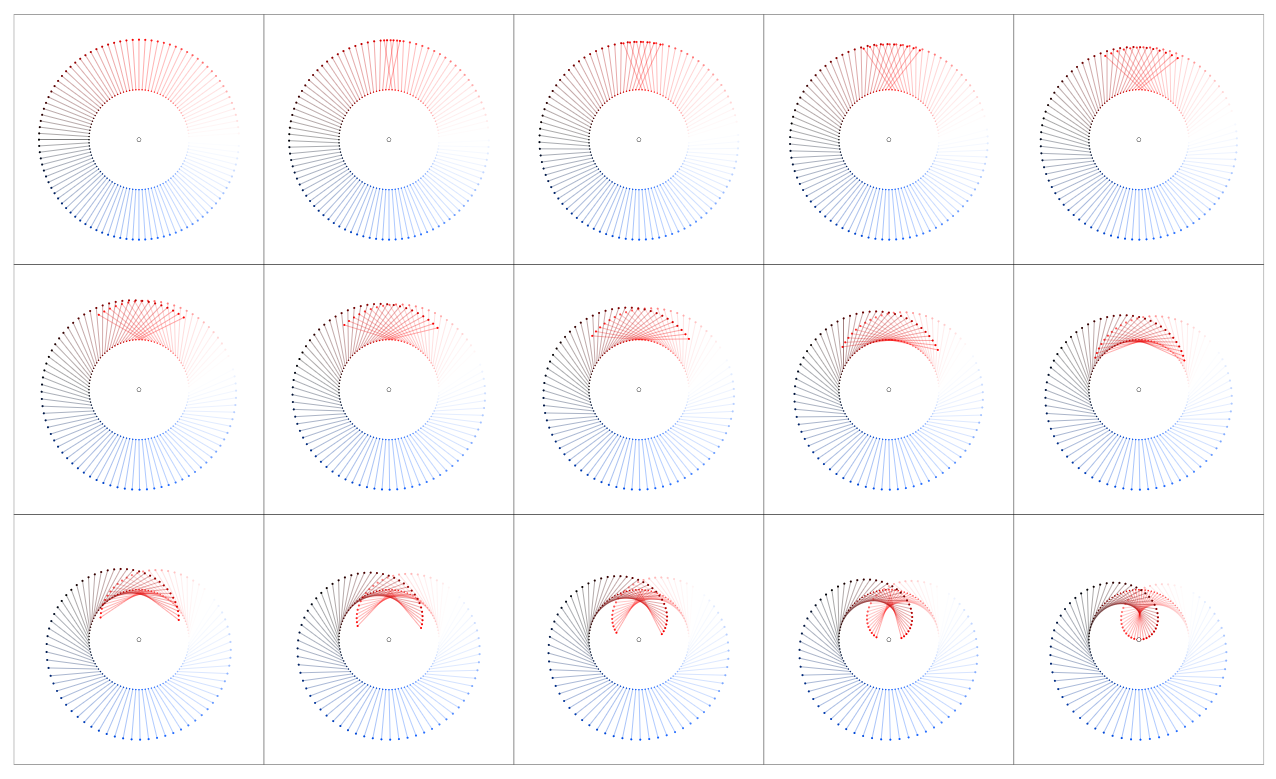 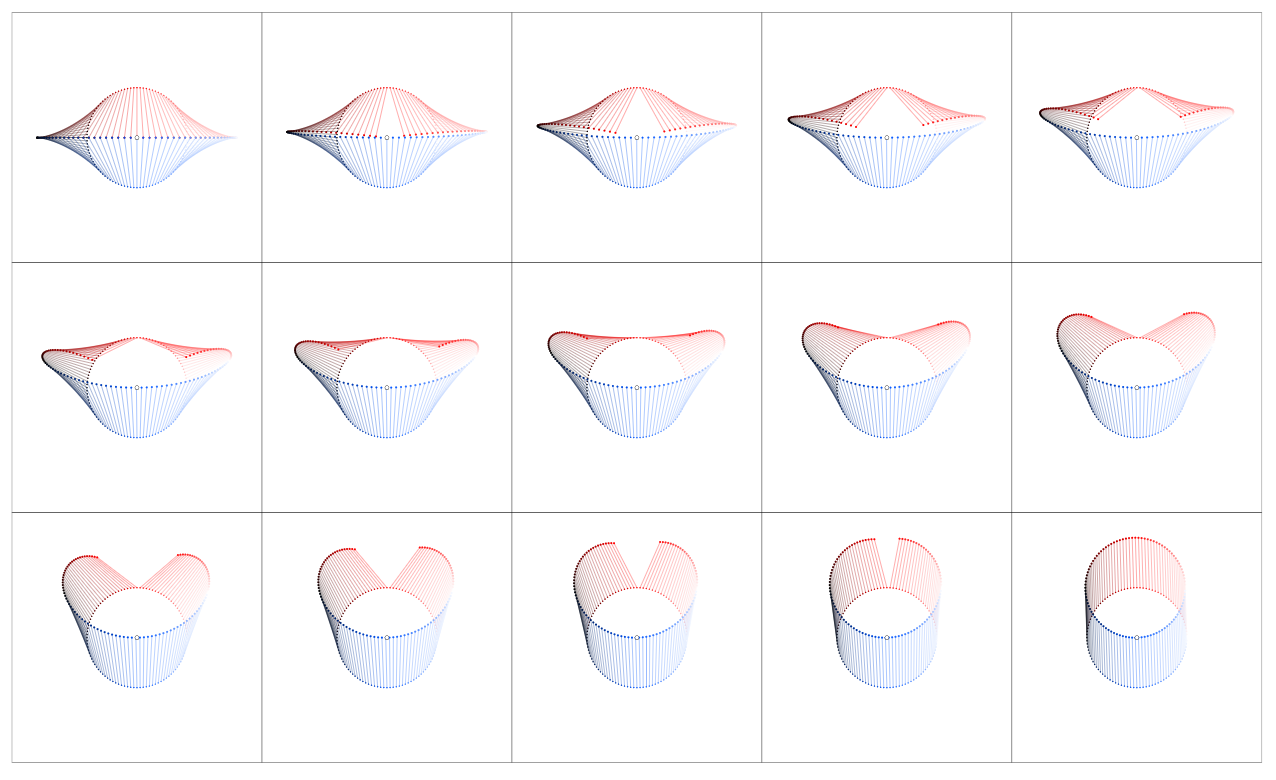 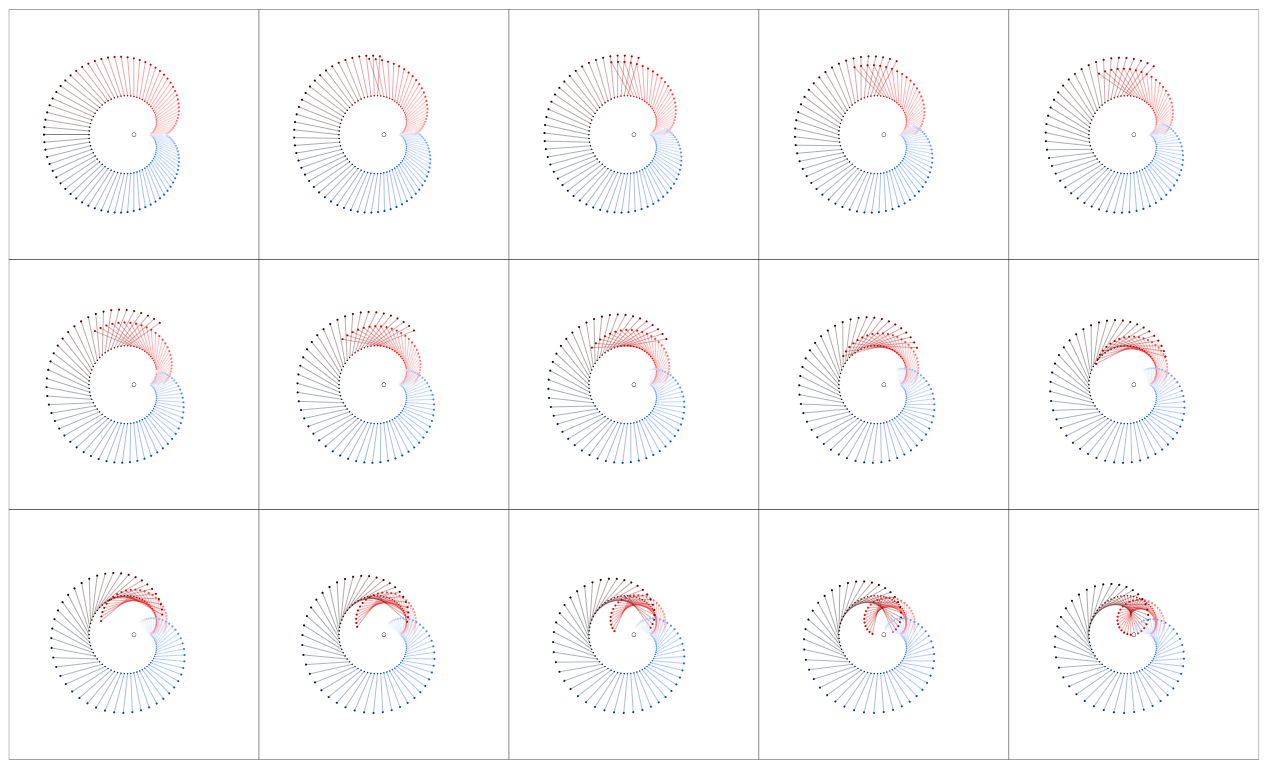 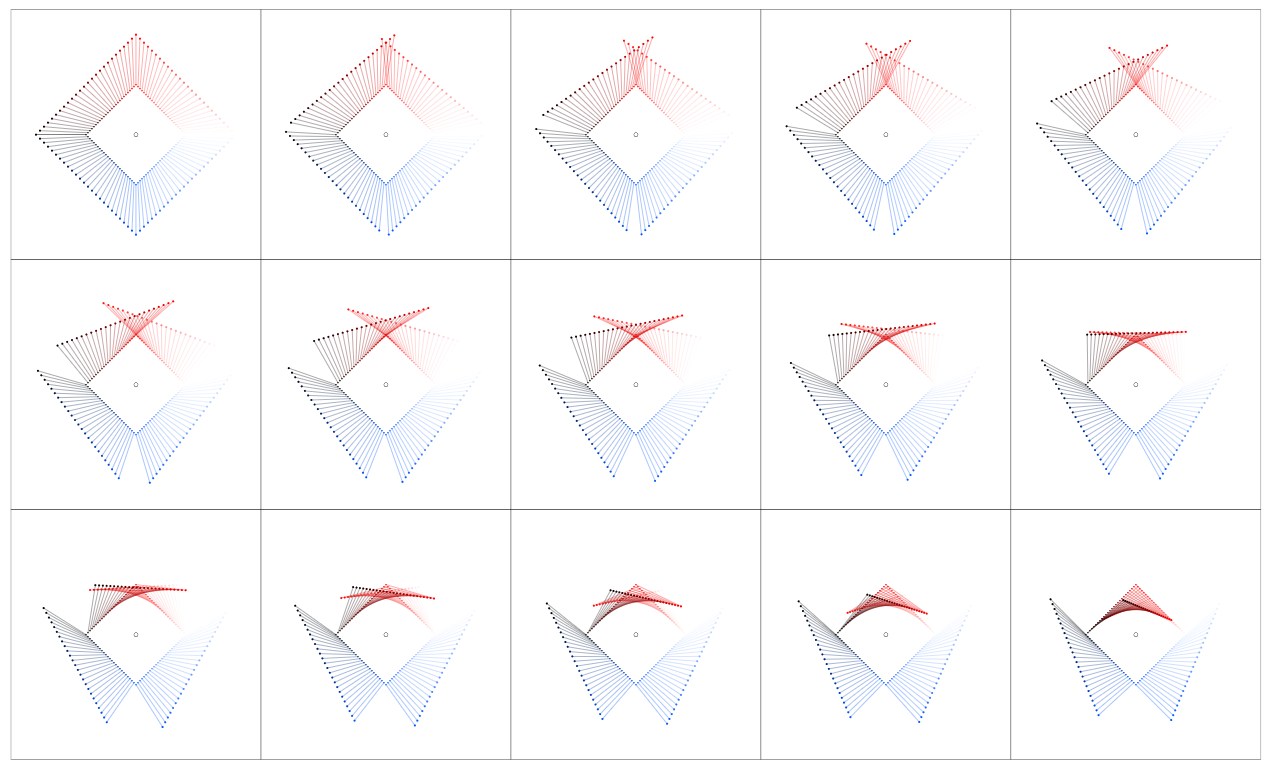 I think your question can be somehow answered according to an interesting idea, Pólya vector field, which I think is a better and more reasonable construction than your proof because it preserves some important properties of the function.

Construct a vector field on the complex plane based on a complex-valued (analytic) function $f(z)=u+iv$: $$\left\langle \Re (f),-\Im (f) \right\rangle$$ (Your construction is actually $\left\langle \Re (f),\Im (f) \right\rangle$)This can be denoted by $\bar{f}$ for convenience. The most important property of $f$ preserved by this field is the analyticity of $f$, which is ensured by Cauchy-Riemann Equations (let $z=x+iy$): $$\begin{align} \frac{\partial u}{\partial x}&=\frac{\partial v}{\partial y}\\ \frac{\partial u}{\partial y}&=-\frac{\partial v}{\partial x} \end{align}$$ By moving the fractions on the right-hand side to the left-hand side, one will get $$\nabla\times\bar{f}=\nabla\cdot\bar{f}=0$$

Not the answer you're looking for? Browse other questions tagged integration complex-analysis contour-integration residue-calculus visualization or ask your own question.

2
Proof that $A^n = \frac{1}{2\pi i} \oint _C z^n \left(z - A \right)^{-1} dz$
2
Residue Theorem for trigonometric integrals.
4
Complex integral using cauchy residue formula
1
Residues and poles, proof with poles
1
root perturbation of a polynomial and the method of dominant balance
0
Calculating integrals using the residue theorem
0
Connection between sums and integrals over closed paths and their areas
0
A Proof of Residue Theorem on a Compact Riemann Surface