Is it possible to find the mass of an unknown object if the length of a meterstick isn't given?

I've been going on circles with this problem these days, and although the problem doesn't seem to be that complicated I'm still lost at where is that missing statement or clue to solve this riddle.

In Figure shown below, the meterstick's mass is $\textrm{0.160 kg}$ and the string tension is $\textrm{2.50 N}$. The system is in equilibrium. Find (a)the unknown mass $m$ and (b) the upward force the fulcrum exerts on the stick. 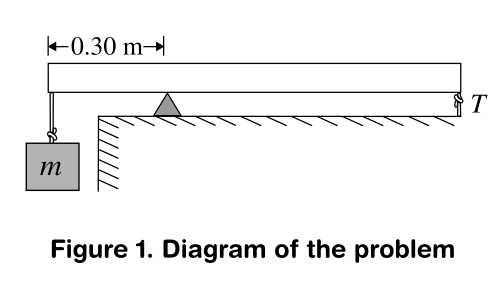 Now what I did in my attempt to solve this problem was to use this fact from Rotational equilibrium:

Therefore to do so I had to establish the lengths of the weights attached to the meterstick, provided that there are four forces acting.

From static equilibrium in $\textrm{y-axis}$:

With this established all was to apply the definition given earlier to rotational equilibrium first at the fulcrum: 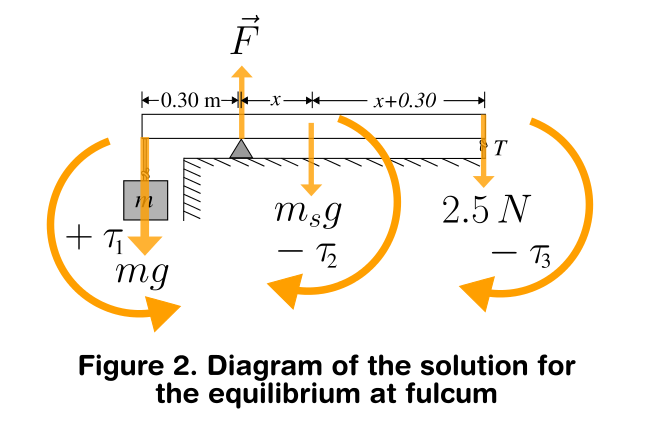 Summing all these three and equating to zero I obtained:

Then I thought to use the above equation combined with the one obtained from static equilibrium in the y-axis and a new analysis of the rotational equilibrium but this time in the center of mass to relate those and obtain the length in terms of the mass with the hopes of solving the system of equation.

This is shown in the diagram below: 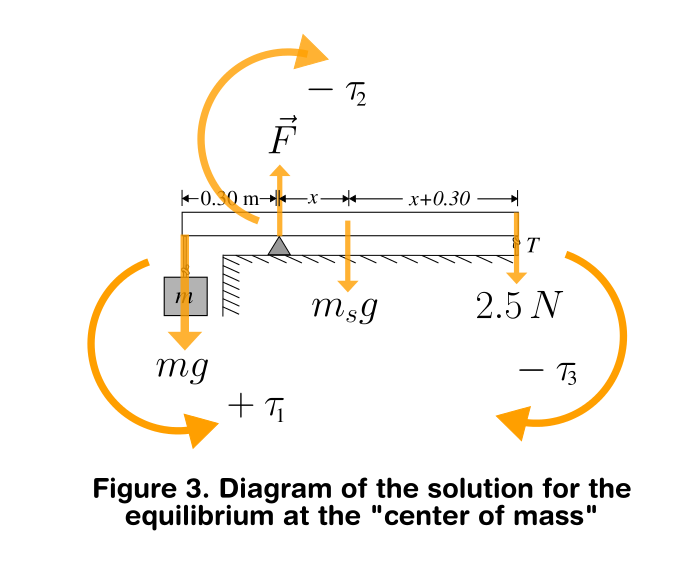 As mentioned earlier the distance to the center of mass:

By summing these up and equating to zero this becomes into:

Which in the end reproduces the same result obtained earlier. Although I don't end up with a contradiction. How am I supposed to obtain the length?. Could it be that did I overlooked something, was it my system of equations wrong? or just something in the analysis that is incomplete?. I hope somebody could guide me with this problem as I'm still stuck on it.

Apparently this was a case of "overlooking" what it was obvious. In the problem it was mentioned a meterstick and this was key to solve the problem.

Just in case I'd like to quote what Merriam Webster defines this device:

a measuring stick one meter long that is marked off in centimeters and usually millimeters.

Of course, in international units it is expressed as a tool of one meter, but in the US typically it is one yard (which on that case would be better stated as yardstick). But since the units used were in meters the alluded length was the first entry.

By inserting this important piece of missing information the rest came down like a domino pieces.

The drawing from below illustrates the changes made: 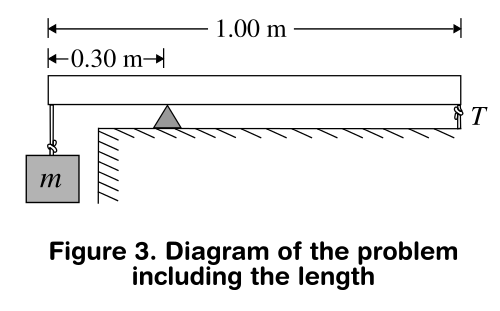 Then all was left to do is to pick up from where I left: (Reminding that the analysis corresponds to the rotational equilibrium at the fulcrum as indicated in the picture from below) 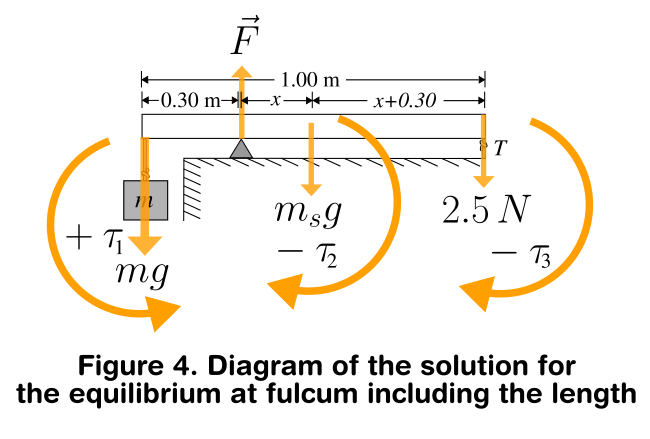 The length $x$ corresponds as:

Which corresponds to what my book says is the answer for part a.

The same result can be obtained by going in the other route as suggested in the drawing from below: 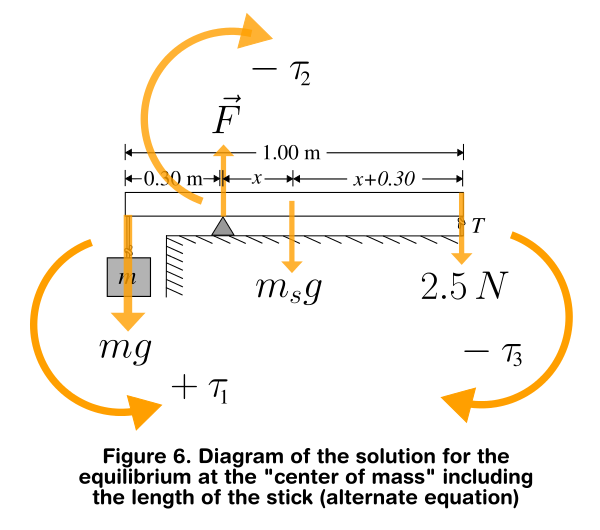 Which ultimately reduces to:

Finally part b of the problem can be easily obtained from the equation established earlier:

I'm letting this solution so anyone in my situation can benefit from looking the statements and compare that it may help you in your computations.

Not the answer you're looking for? Browse other questions tagged algebra-precalculus systems-of-equations physics or ask your own question.

0
How to find the speed of a river when an object is moving over it?
2
Ball rolling along a see-saw
1
Is it possible to prove that the speed of a falling object in a quarter of a circle is $\sqrt{\frac{3Rg}{4}}$ given these parameters?
1
Is it right to assume zero gravitation energy when holding an object over pushing it against a spring for the estimation of its max compressed length?
0
How to find the length of an iron bar when it is given as a function of its size but some constants are unknown?
1
How do I find the distance traveled by an object during a specified second given a condition?
0
How to find the torque and mass of an object hanging from a bended bar?
0
How to find the modulus of the tension of a wire when a sphere is over a bar?