Probability distribution for an infinite number of fair coin flips?

Given an infinite number of unbiased coin flips, what is the probability that some portion $x\in(0,1)$ of all coin flips will be heads?

Edit: Alright, I've added what I've done so for. Please keep in mind that I did not know what I was doing when I started this problem, and I still don't. If I'm off-base here, feel free to say so. And please don't just downvote and tell me that I'm wrong. This is not Reddit. If you're going to respond to the question please do so with the intention of either requesting clarification or providing useful information.

What I've done so far

Now, for an infinite number of coin tosses, $p$ needs to be continuous on $(0,1)$. The extension of $p$ to the reals which satisfies this requirement is obtained via continuation of the above discrete probability distribution, given by:

Allowing that $p_n(c)=\lim_{x\to c}p_n(x)$*, $p_n$ is continuous on $(0,1)$ for all $n$. It seems reasonable to assume that the desired probability distribution would be obtained from the limit $n\to\infty$ of $p_n(x)$. However, this may not be the case, not least because the limit seems completely impossible to evaluate algebraically. Furthermore, the limit seems to converge to $0$ for all $x$** 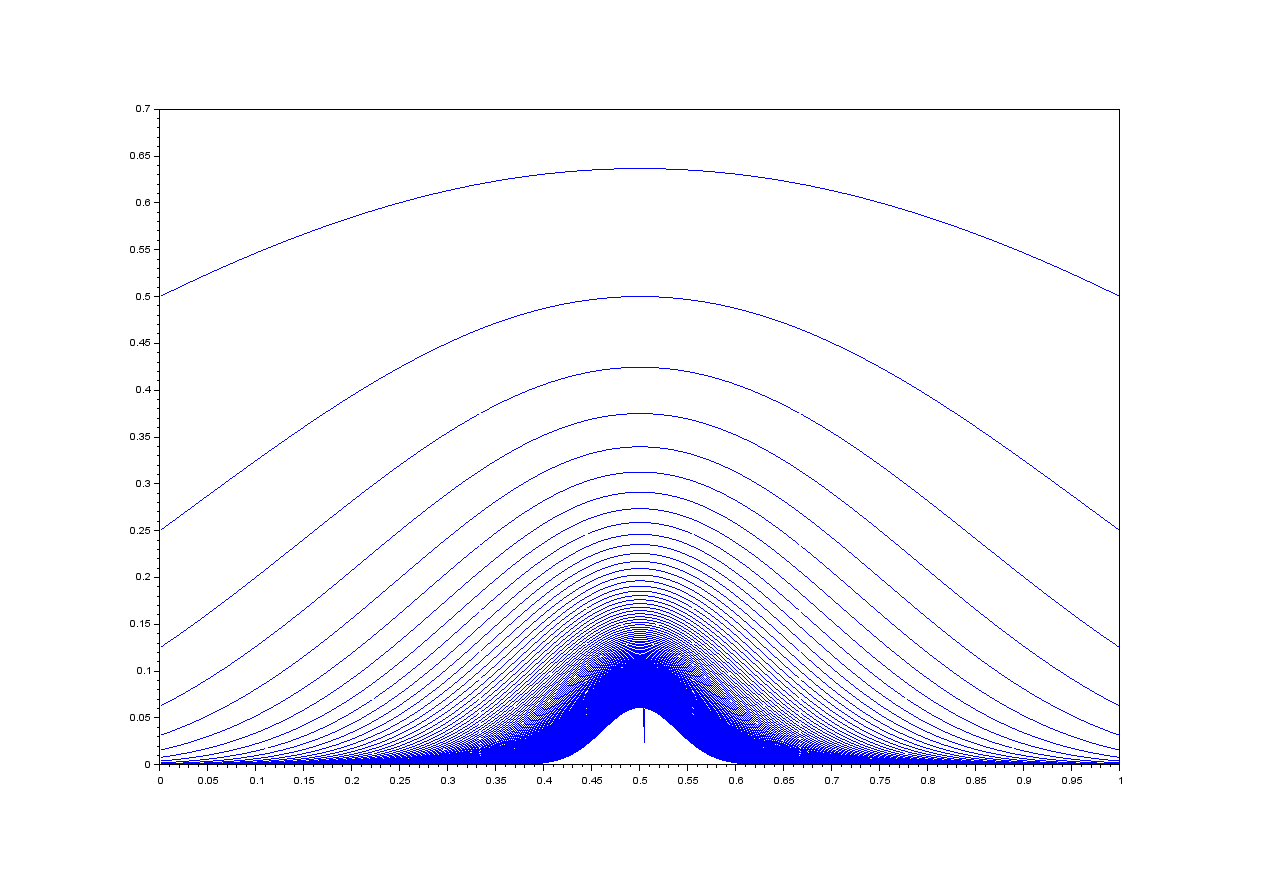 Since there is no way to evaluate the limit algebraically, I decided to use a very contrived and non-rigorous non-standard approach:

In any case, as the probability of an event within an interval $(a,b)$ is given by the definite integral over $(a,b)$ for a continuous probability distribution, the fact that $p_n(x)$ is infinitesimal means that the integral $\int_0^1 p_\infty(x) dx$ is zero. This is a problem, because the probability that between $0\%$ and $100\%$ of an infinite number of coin flips comes up heads is obviously $1$, not $0$.

So now I have the requirement:

Along with $\max{p(x)}=p(0.5)$, $p(0)=0$ and $p(1)=0$, which is more or less 'common sense'. Additionally, the continuous probability distribution should be proportional to the original limit of the binomial distribution. The final distribution would be given, I think, by a smooth piecewise function:

*This is necessary because there are several points where $p_n$ is undefined.

**This is almost irrelevant, because the highest $n$ for which $p$ can even be computed (using any software available to me) is 134.

Reply to query in comments: