An enigmatic pattern in division graphs 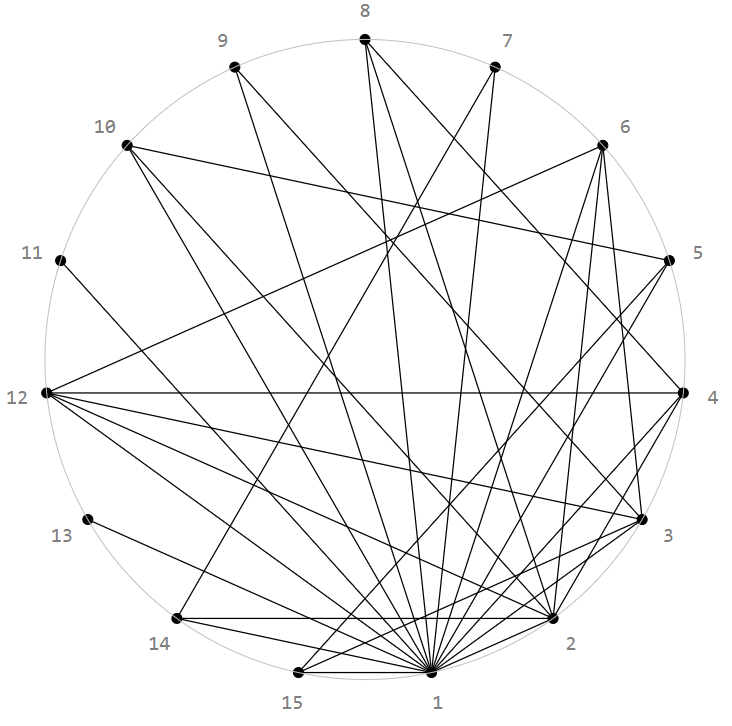 For larger $N$ some kind of stable structure emerges 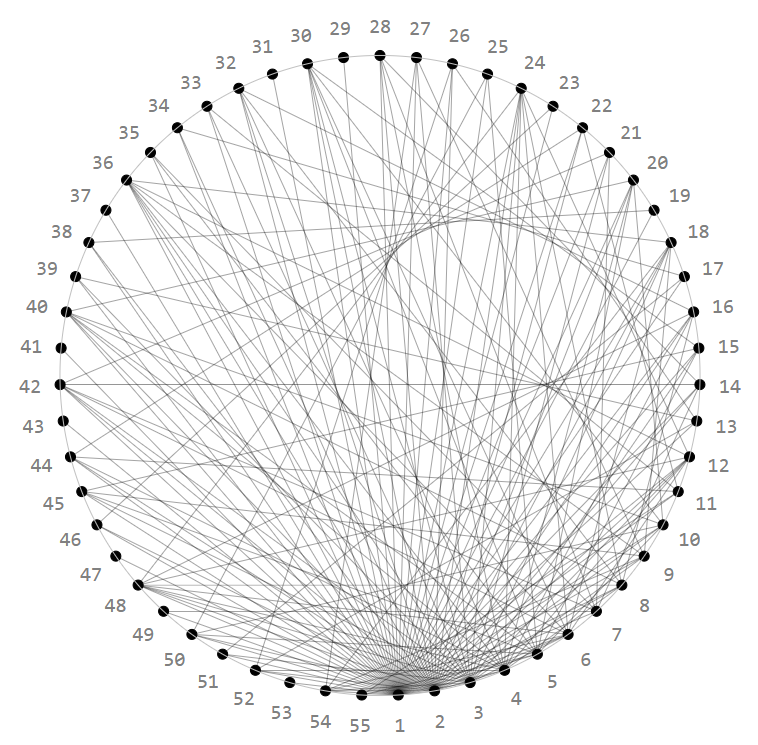 which remains perfectly in place for ever larger $N$, even though the points on the circle get ever closer, i.e. are moving. 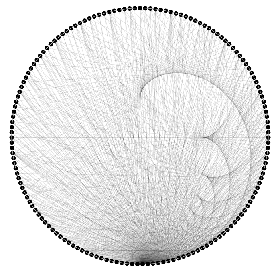 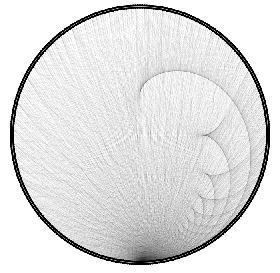 This really astonishes me, I wouldn't have guessed. Can someone explain? 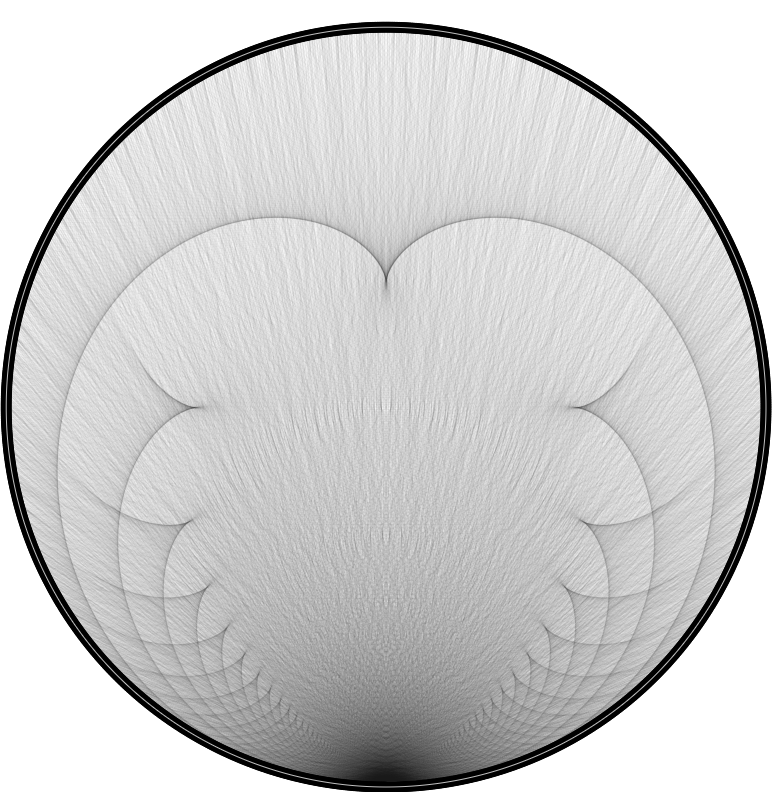 Note that a similar phenomenon – stable asymptotic patterns, esp. cardioids, nephroids, and so on – can be observed in modular multiplication graphs $M:N$ with a line drawn from $n$ to $m$ if $M\cdot n \equiv m \pmod{N}$. 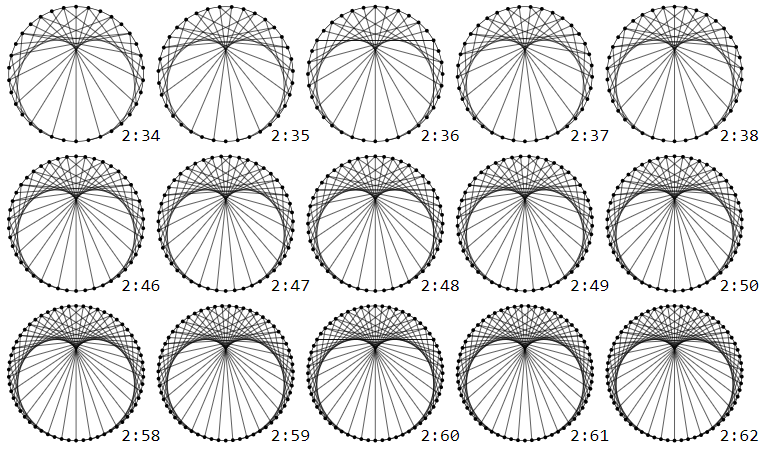 But not for larger $M$ 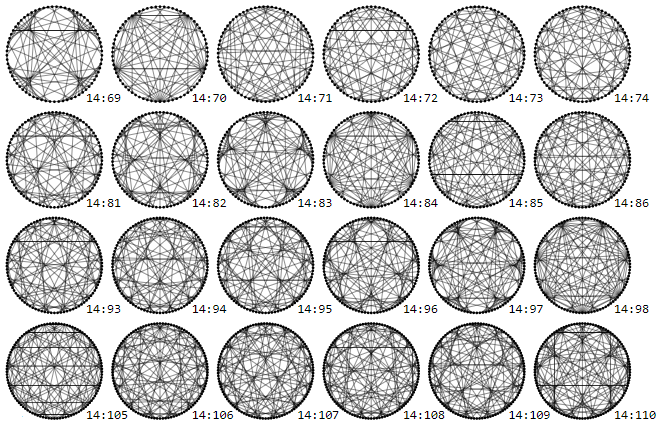 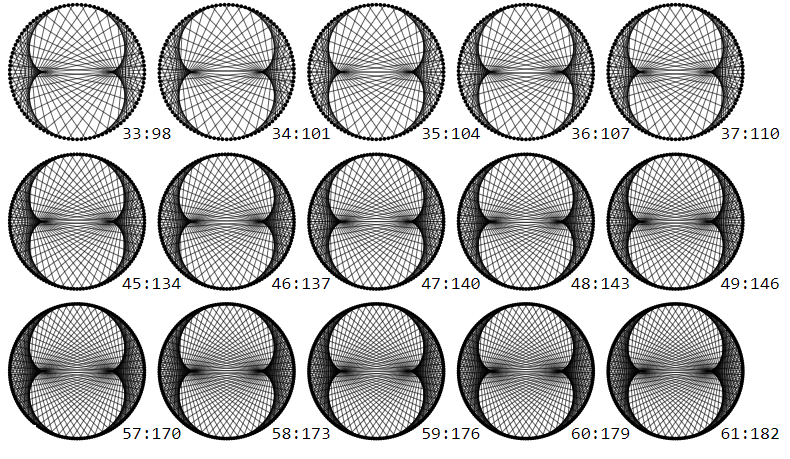 It would be interesting to understand how these two phenomena relate.

Note that one can create arbitrary large division graphs with circle and compass alone, without even explicitly checking if a number $n$ divides another number $m$:

There are three equivalent ways to create the division graph for $N$ edge by edge:

To add some visual sugar to Alex R's comment (thanks for it): 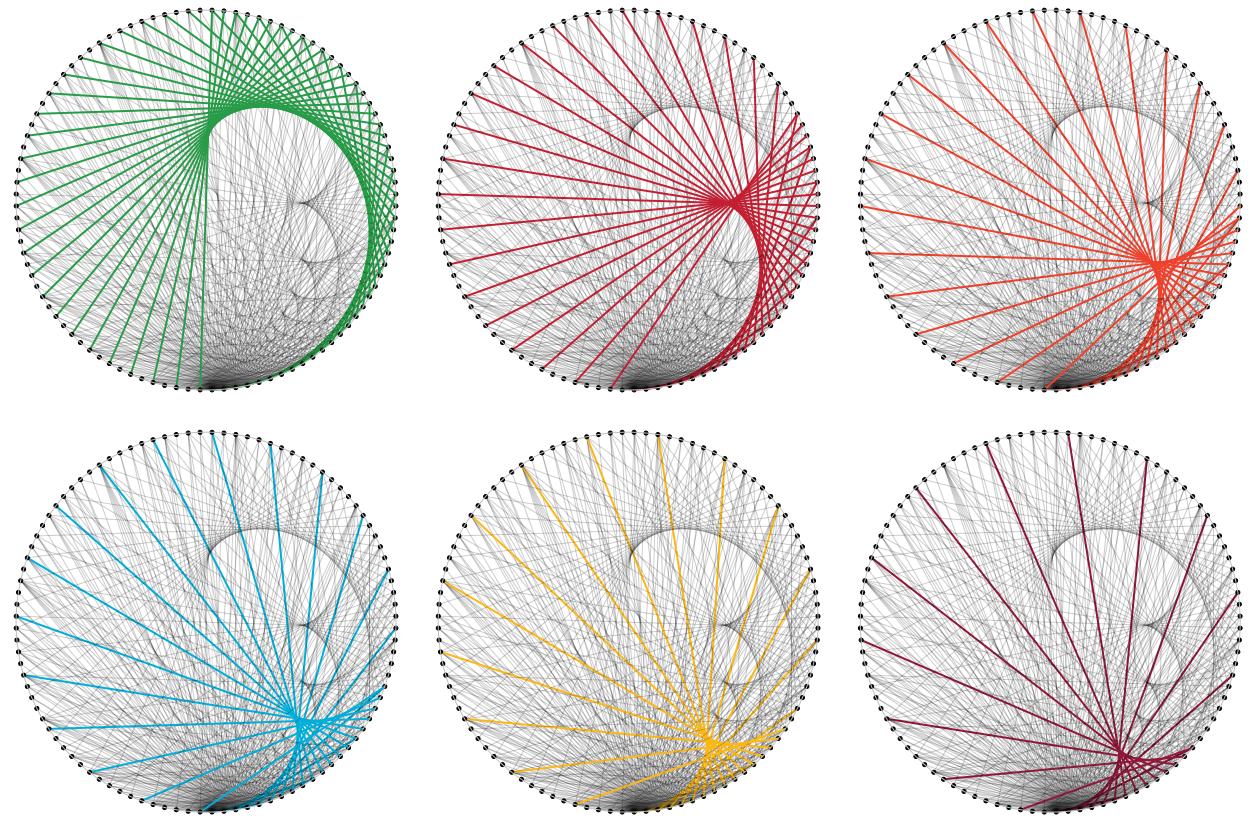 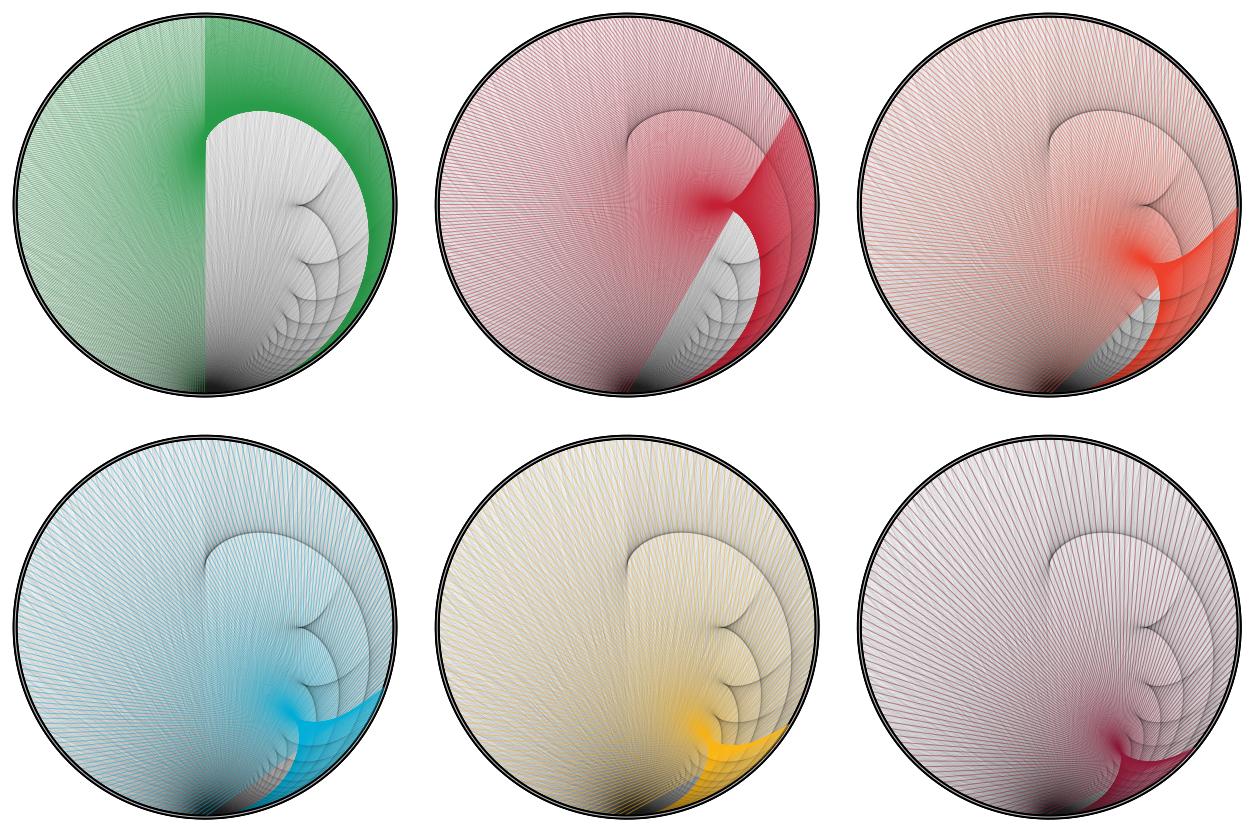 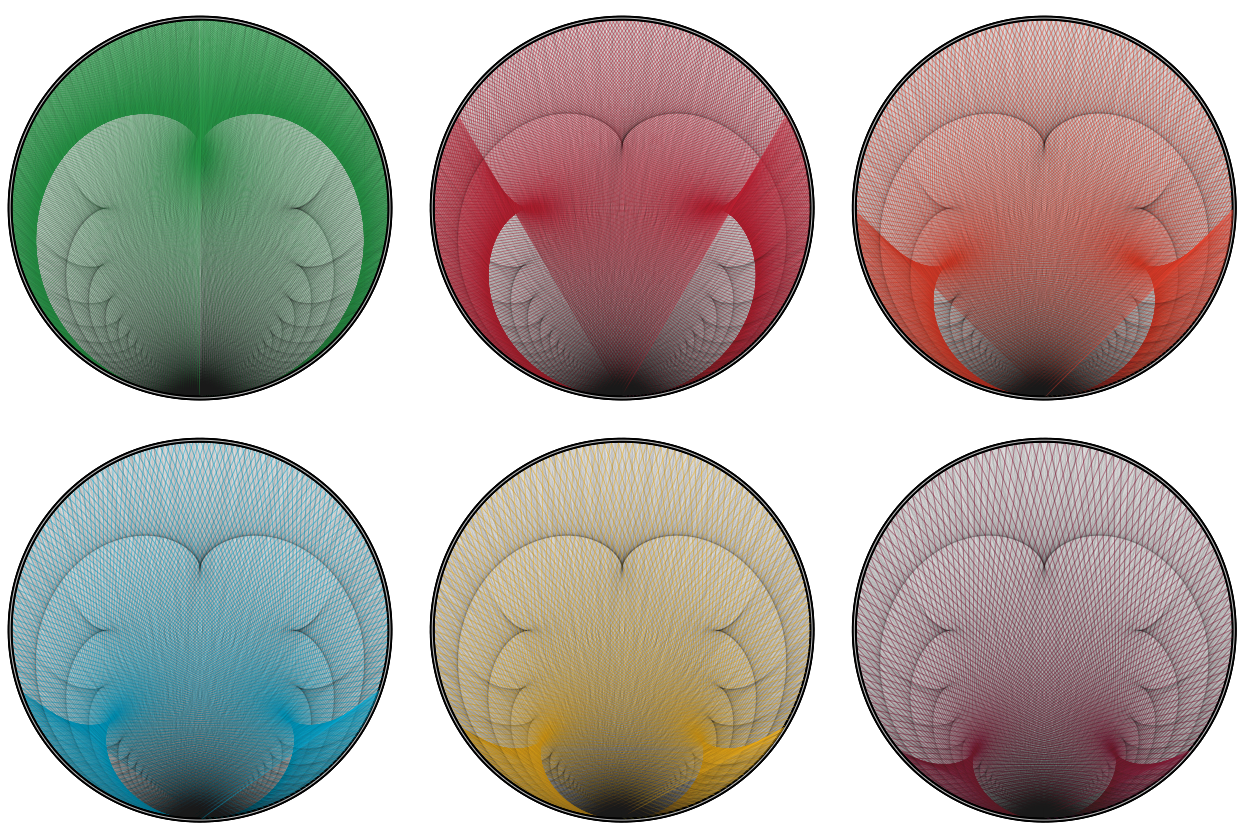 Putting the pieces together one may explain the pattern like this: 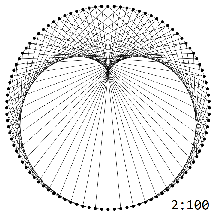 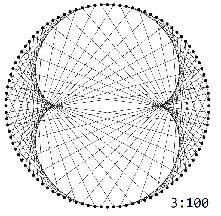 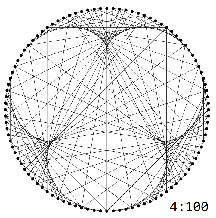 Not the answer you're looking for? Browse other questions tagged elementary-number-theory divisibility visualization or ask your own question.