Find the range of p such that team A has the advantage in a best four of seven series.

Two teams, A and B, are playing a series of games. Assume

Wouldn't the answer simply be p>0.5? Since the probability of winning is more than 0.5, then team A should have an advantage in any series.

Can anyone confirm? Or object? 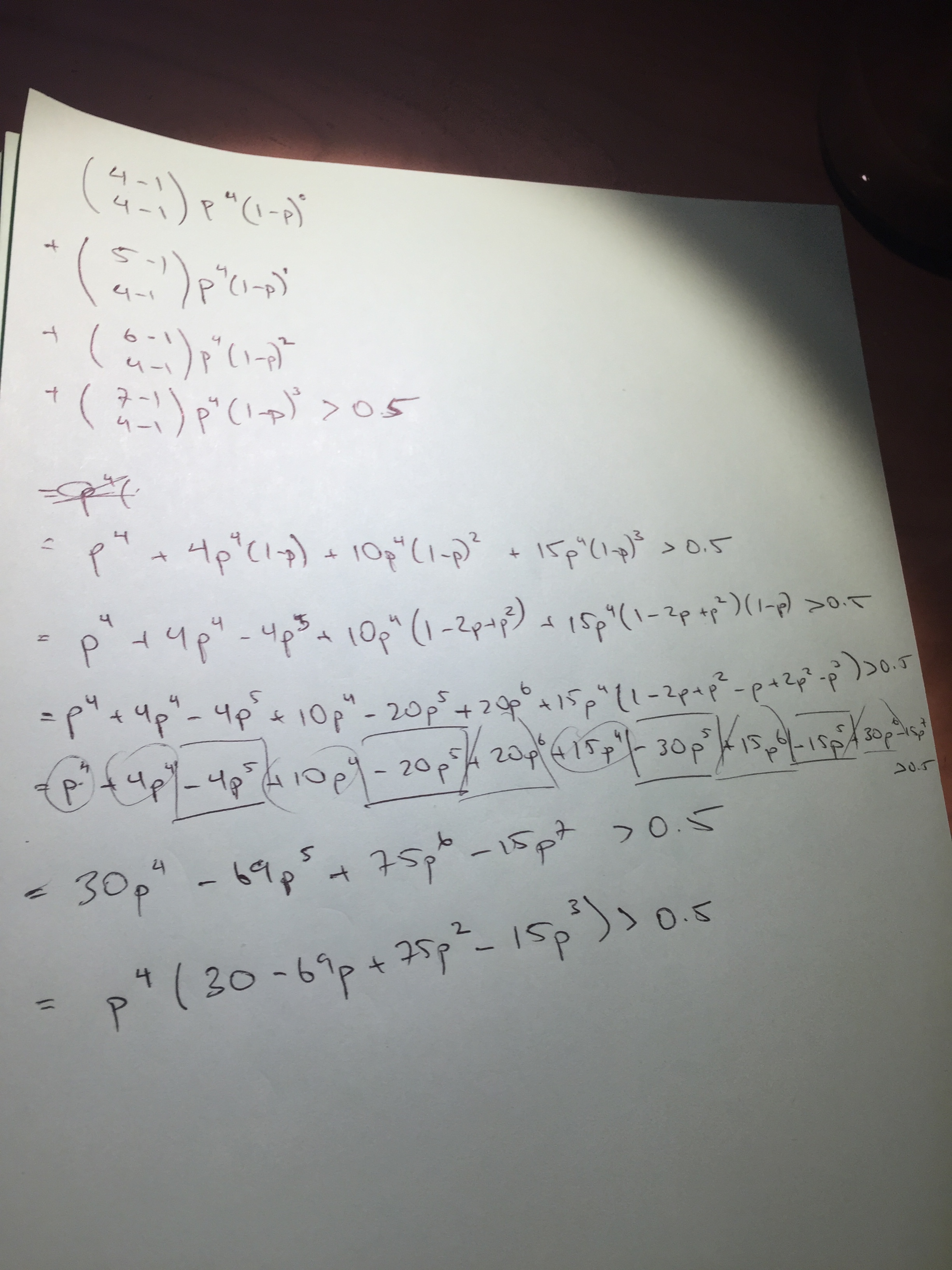 Note: I am interpreting the question as "assume that $A$ wins (or loses) any given game with probability $p$, independent of all other games. Find the range of $p$ such that team A has the advantage in a best four of seven series." If some other interpretation was intended, please clarify.

As a way to do the problem without significant computation, look at the various paths. Here a "path" means a sequence of game winners until one side or the other appears $4$ times. Thus possible paths would include $AAAA$, $ABAAA$,$BBABAAA$ and so on (read left to right).

We divide the set of paths in two according to whether $A$ or $B$ comes up $4$ times. Let's call the paths along which $A$ wins an $A-$path.

We note that the map which switches $A,B$ defines a bijection between the $A-$ paths and the $B-$paths. If $P$ is a path we'll let $\overline P$ be the same path with $A,B$ interchanged.

Not the answer you're looking for? Browse other questions tagged probability statistics negative-binomial or ask your own question.