Can a number be non-imaginary and non-real?

I passed across this chart on the web and got confused. The diagram implies that there are numbers that are neither real nor imaginary. Is that possible, or is it just an incorrect diagram? 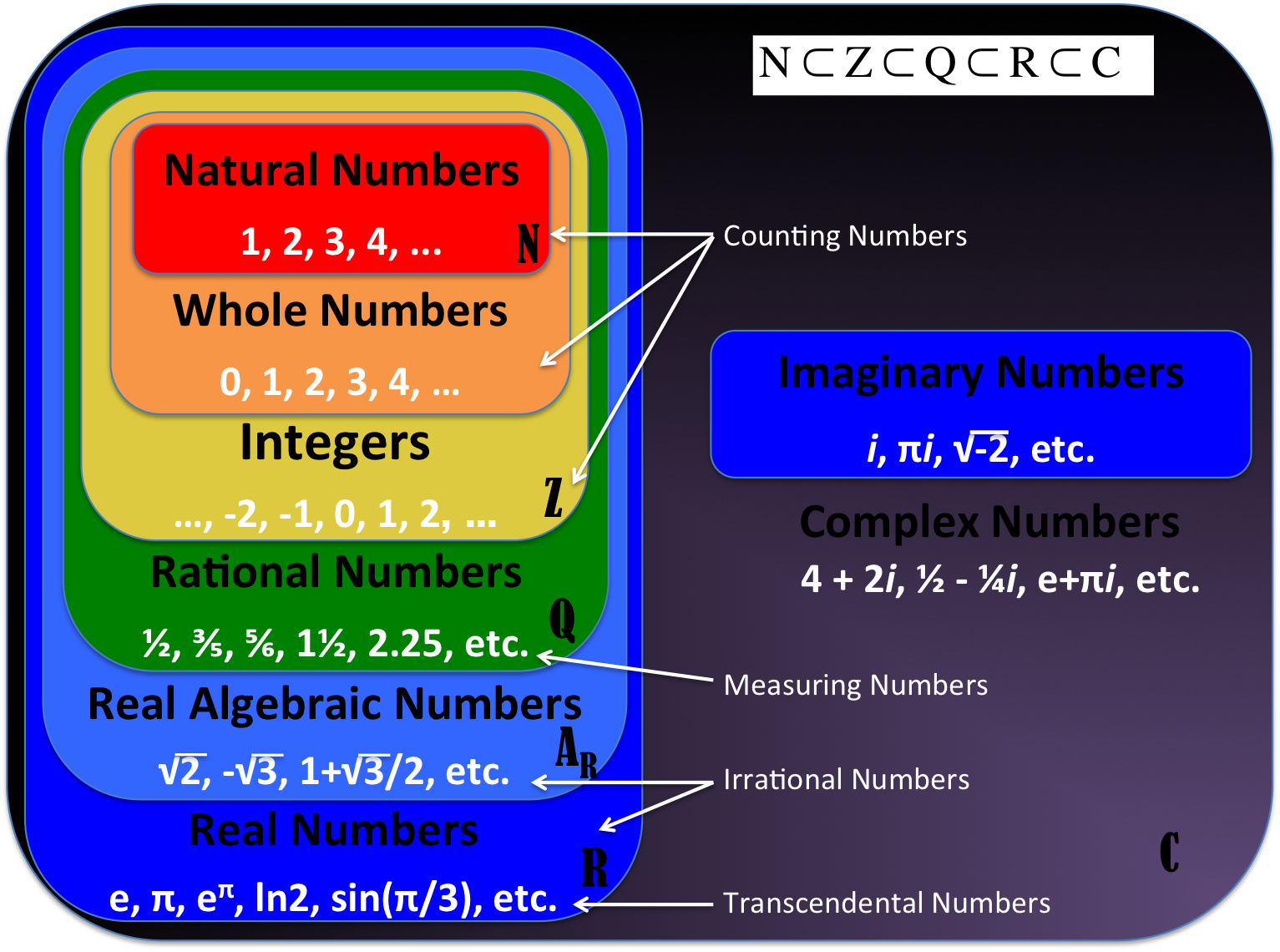 A complex number is the sum of a pure imaginary number and a real number. However, there are numbers which are neither real or imaginary: Octonions.

As the comments pointed out, I skipped quaternions, but octonions are so much cooler. If you are looking for even more numbers to bend your brain, there are the surreal numbers and the transfinite numbers.

The number $3+4i$ is an example of a number that is neither real nor imaginary.

The chart is correct. Its author calls imaginary numbers to the numbers of the form $\lambda i$, with $\lambda\in\mathbb R$. So, $1+i$ is neither real nor imaginary.

Those are complex numbers. You might not have seen it because the letters are as dark as the background

But even then, it implies that all real numbers are imaginary ...

Every real number is a "complex number".

as there are examples like 4 + 2i under complex numbers, which are imaginary

With exception of the integer numbers, the examples in a box show numbers that do not fit in a "sub-box":

This does not mean that integers numbers are not rational...

One oddity of maths that does not fit with the typical public perception is that there are not absolute fixed definitions. Many will vary from author to author. Some definitions are agreed by pretty much everyone. For others, e.g. the exponential function, not all agree on the definition but all of the popular ones are equivalent. Sometimes, there is a significant variation e.g. rings in algebra, is a multiplicative identity required? Today, I think that most people would not say that 1 is prime but some old books might. The Bourbaki school even proposed that 0 be considered both positive and negative rather than neither.

Back to your case, it seems that you regard imaginary as meaning not real but others restrict imaginary to real mutiples of $i$. My only issue with that chart would be the need for a tiny overlap of the imaginaires and the reals containing $0$,

Not the answer you're looking for? Browse other questions tagged number-theory complex-numbers or ask your own question.