Each turn, the player draws cards from his draw pile until the number of drawn red cards is equal to the number of drawn green cards plus 3 (or until there is nothing left to draw). For instance, he may draw RRR or RGGRRRR or BGRBRRBBR. Each drawn card, regardless of its color, gains 1 point. The goal of the game is to score many points.

Just before putting the drawn cards in the secondary pile, the player may, from the cards he had drawn, either pick a red card and color it blank, or a blank card and color it green. This means the cards slowly improve over time, and it may eventually be possible to draw the whole deck in single turn if enough green (or few enough red) cards exist.

The game ends after $n$ turns. The only choice the player has is his preference in coloring reds vs. blanks. I wonder about three questions: 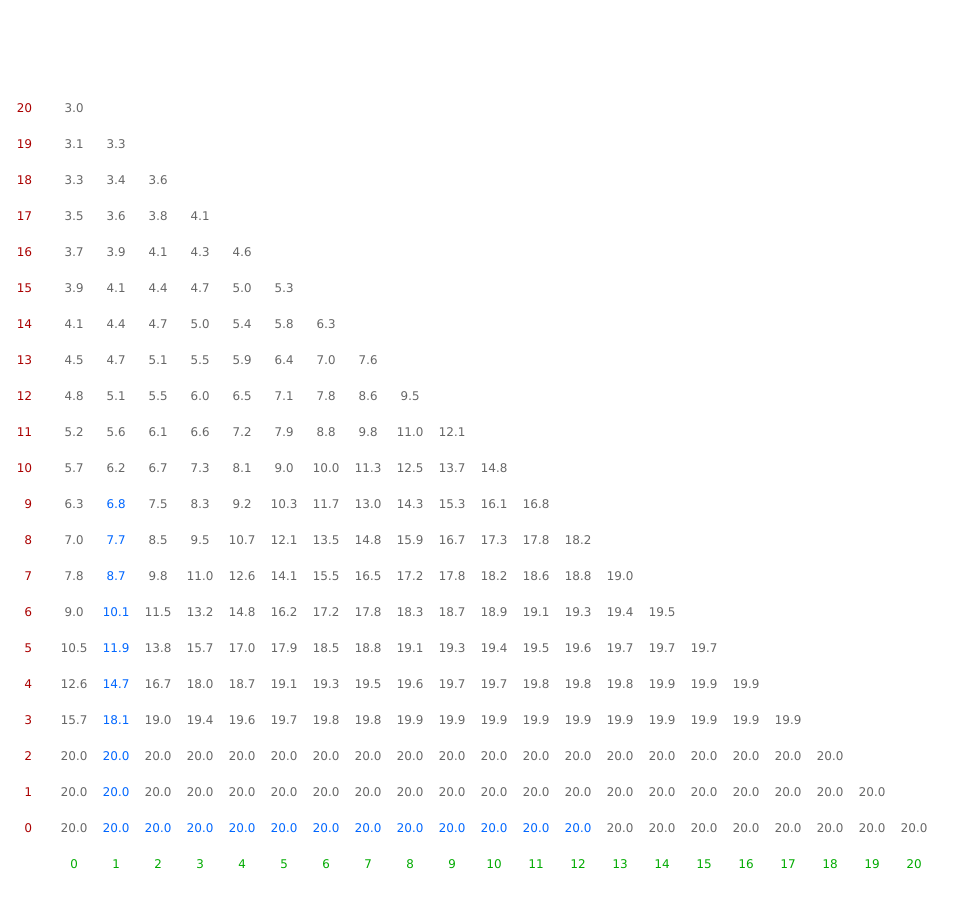 I note that in general, moving downward seems to be the ideal local choice. I suspect it is also the correct global choice, i.e. that moving downward always improves your expected value more than moving rightward.

Edit: I used a Python program to compute the expected number of draws.

Not the answer you're looking for? Browse other questions tagged card-games or ask your own question.