I was given a a problem to solve, I thought I solved it but my answers don't look like the ones provided.

A cone with radius of base r and height h, is stretched to the left and right by length a and b respectively such that height of the stretched cones equals to the height of the original cone and apexes of all the three cones are colinear.​

Devise an algorithm to calculate the volume of the union of the two stretched cones (colored blue in the image). 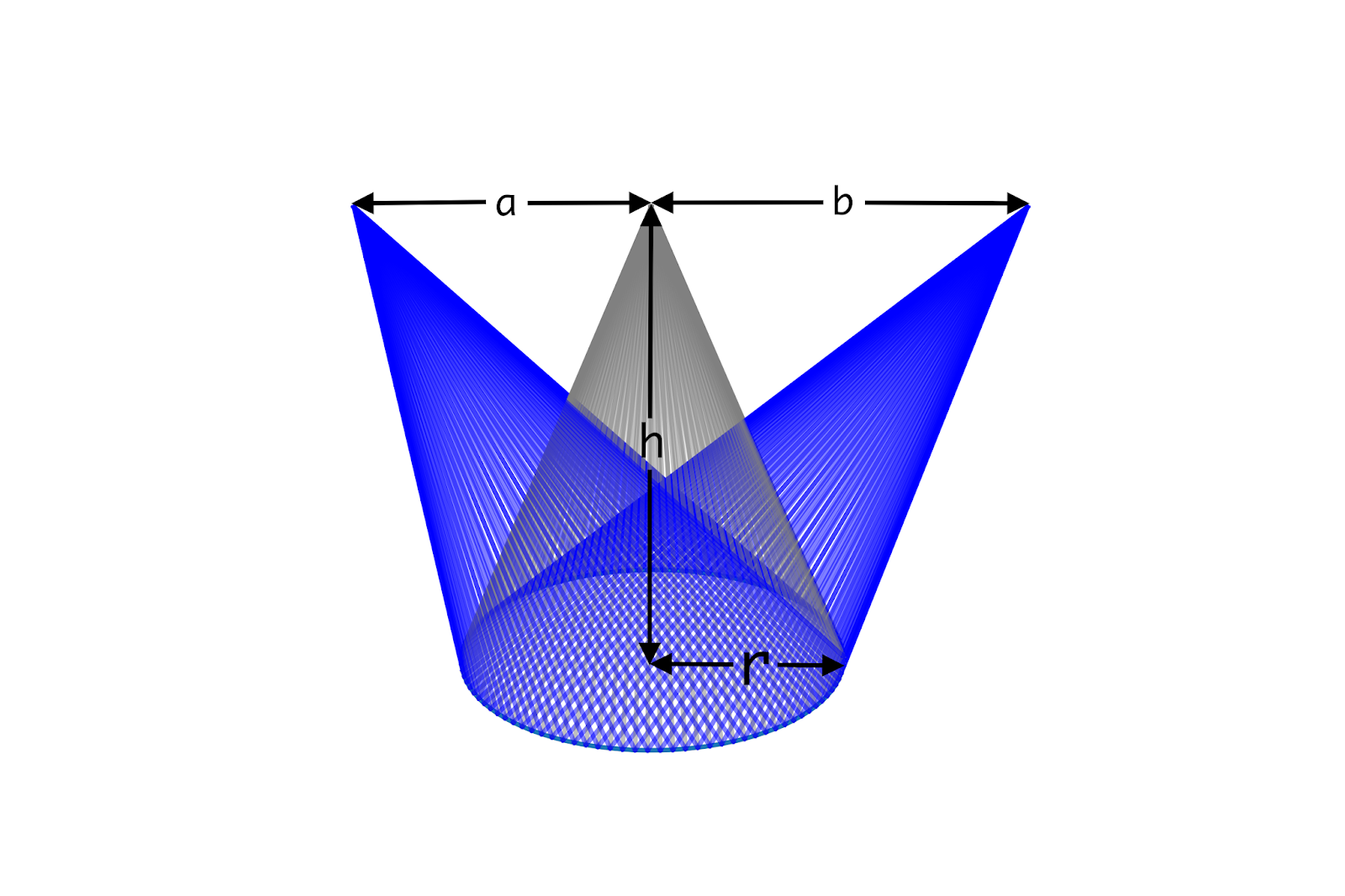 So I though the answer would be 2 times the area of a cone given by radius r and height h minus the intersection of the two slant cones, which is also a cone with radius r. I just need to find out the height of that smaller cone.

My thought was that I could just take the cross section of of the bodies and handle the problem in 2D. Where the base of the cone will lie on the x axis and the center for the circle lies in point (0,0).

I proceeded to calculate the line equations and then to calculate where they intersect. I would then take y value at intersection and use it as the height of the smaller cone.

I really thought I nailed it since when I had a = 0 and b = 0 I got the volume of the original cone. However, when the answers where provided mine didn't match the ones given. Can someone point out the hole in my logic?

For the principles of projection onto parallel planes, on a plane $z=c$, the section of the three cones are circles of same radius $r(h-c)/h$, and centers shifted in the same ratio $c/h$ wrt $a,b$.

Then by Cavalieri principle, you can slant the cones symmetrically by $(a+b)/2$ wrt the right cone, compute the intersection of the two circles $\cdot dz$, and integrate. 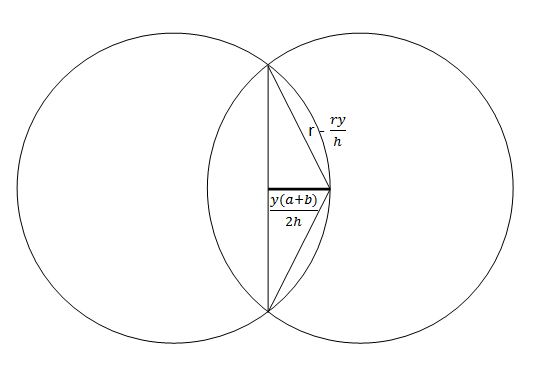 An integral solver couldn't come up with an anti-derivative but used an approximation method and came up with $25.25762\ \#^3$

Not the answer you're looking for? Browse other questions tagged geometry analytic-geometry puzzle convex-cone or ask your own question.

0
I need to find the volume of a cone within a cone
2
Minimum volume cone.
1
Volume of water in a cone
3
Which Has a Larger Volume a Cylinder or a Truncated Cone?
1
Slant Angle of a Cone in Comparison with the Degree of a Circle Sector
1
Volume of a frustum given the bottom radius and the top cone height.