How can “relative frequency histogram” become a “probability density curve”?

Suppose I've rolled two dice and took the sum, for $25$ times; then plotted the results on below histogram. 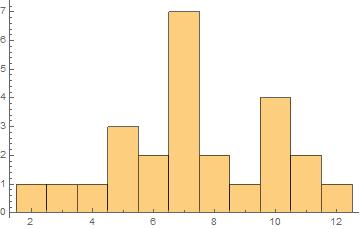 Next, if I want a relative frequency histogram, I just need to scale the heights of the bars by $1/25$. Here if I add up all the heights, I will get $1$.
No issues here too.

In this video of khan academy and everywhere they say that the "area" under a relative frequency histogram equals 1. I don't know how this is true and it is throwing me off completely. I only see that the heights add up to 1. Maybe I'm missing something... Any help ?

EDIT : In above histogram the bin width is $1$, so it may not be a good example. Kindly also consider general histograms like below : 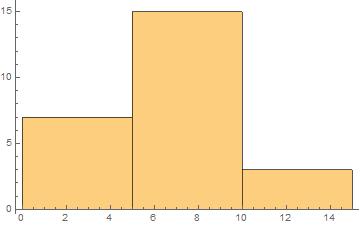 Which kind of probability measure do you want to approximate. Is it a discrete or a(n) (absolutely) continuous measure?

If you want to approximate such a measure that for instances assigns probabilities to categorial parameters or parameters on countable spaces, the way you describe above is the right way to go to approximate consistently the probability mass function $f$. The normalisation is indeed correct.

Which normalisation is the right for you, depends only on your particular data set and the type of measure you want to approximate.

So you are justified in being a bit confused, because different sources use the same words for different things, and some sources even contradict themselves.

The key thing is to find a source of instruction that is clear and consistent about the meaning of each thing it shows you. A good source, when it wants the total area of a histogram to be $1,$ will clearly define the construction of the histogram in a way that forces the total area of the bars to be $1.$ A good way to do this is to set the area of each bar to the fraction of the observations that are in the range of that bar along the horizontal axis. If we do this, and if we make sure the bottom of each bar is exactly the part of the horizontal axis covered by its range, we get a histogram that resembles a density plot.