What's the definition of this limit?

I've only dealt with the following definition of limits:

The material in the reference is from a book (Signals and Systems 2nd Edition, Oppenheim) and it makes the following statement:

Questions on the notation $u_\Delta(t)$:

I've been told that if a function $f$ has a domain $D$ and a codomain $C$ you must declare it as $f:D \to C$ and use the function value at point $x \in D$ as $f(x)$. What does it means when the independent variable is a part of the function symbol (as in the case of $u_\Delta$, where I'm assuming $\Delta$ is an independent variable)? Is this some alternate syntax for functions of several variables? If that's so could you provide me the definition of the syntax?

Question on the limit definition: 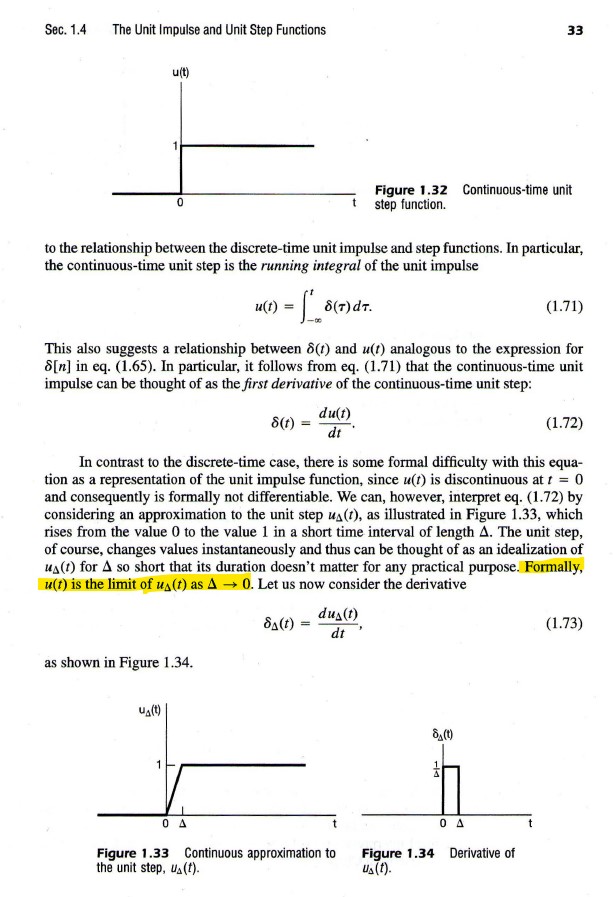 Your definition is that of a limit of a function at a particular point. In your reading, you're looking at the limit of a sequence of functions, in this case point wise convergence. That is, we have for every $\Delta$, a function u$_\Delta$. Then we define u(t) = $\displaystyle\lim_{\Delta\rightarrow0}u_{\Delta}$(t).

Not the answer you're looking for? Browse other questions tagged limits or ask your own question.