Finding the minimal number of members

I've been working on the following problem

For every issue in the Blue's association, a commission with 10 members (belonging the Blue's) is formed in order to solve the problem. The only condition is

The Blue's association has formed this year 40 commissions.

What's the minimal amount of members in the Blue's association?

I've only found out the following

For any commission you can form $\binom{10}{2}=45$ different pairs and none of them can appear in another commission.

The minimal amount of members has to be 100 or less.

You can observe a distribution for 100 members here 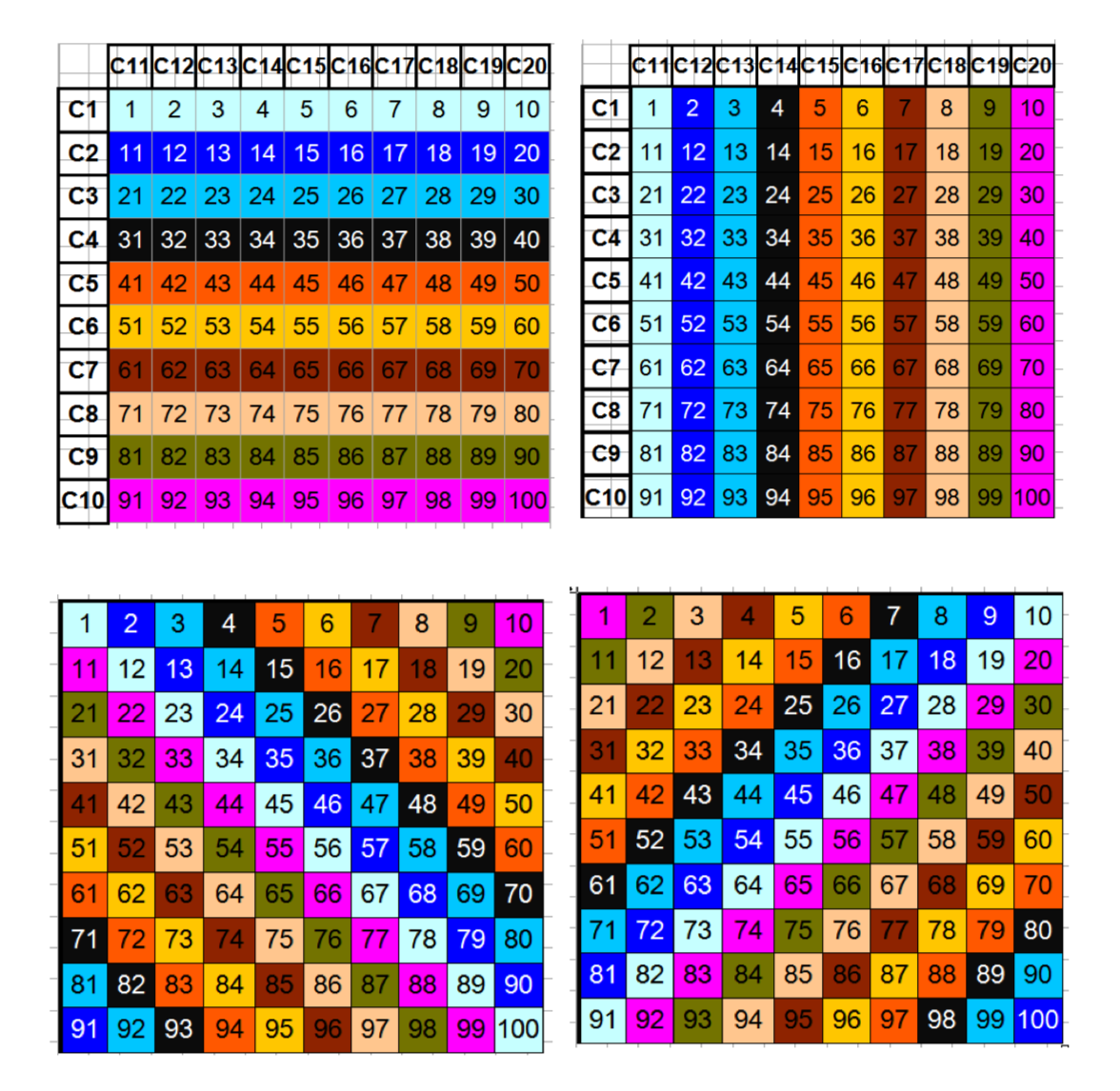 Is 100 the answer or is there an ever smaller possible amount of members? If so, how can I prove it?

This post exhibits a solution with $82$ members. Combined with the excellent answer by @Song, this means $82$ is indeed optimal.

Motivation: The excellent answer by @Song and the followup comments by @Servaes make me wonder... perhaps if we look for 41 commissions (not 40) then there is a solution with a great deal of symmetry:

This would be like a finite projective plane, but with 82 points and 41 lines. However, in a finite projective (respectively: affine) plane, the no. of points and no. of lines are equal (respectively: almost equal), and this is probably why a solution based on FPP only reaches 84. So I decided to look at related structures called Block Designs, Steiner Systems, etc. where there are typically many more "lines" than "points". After quite a bit of digging, I think I found the right structure:

The solution: It is a Steiner $S(t=2,k=5,n=41)$ system. A Steiner system is defined by the following properties:

So this already satisfies (b), (c) and (f). Next, quoting from https://en.wikipedia.org/wiki/Steiner_system#Properties we have:

Thinking more, I don't think (e) can be satisfied. However, (e) is not needed for the OP, so it doesn't matter.

So finally we just need to prove that such a Steiner $S(t=2,k=5,n=41)$ system exists. This existence is non-trivial, but luckily more digging reveals:

I am not an expert in any of these, so if I had a mistake or misunderstanding above, my apologies. Perhaps someone more expert can check my work?

Recall that a projective plane of order $n$ exists if $n$ is a prime power: it has $n^2+n+1$ points and $n^2+n+1$ lines; each line has $n+1$ points, and there are $n+1$ lines through each point; any pair of lines meets in a unique point, and any pair of points determines a unique line.

P.S. Let $m$ be the minimum possible number of members. I showed above that $m\le85$. On the other hand, I have a small improvement on your lower bound $m\ge61$.

Case 1. There is a commission containing both $i$ and $j$.

Case 2. There is no commission containing both $i$ and $j$.

In this case a similar argument shows that $m\ge67$.

Allow me to summarize and slightly refine the results in the current answers (if only to straighten out my own thoughts); they show that the minimum number of members $m$ satisfies $82\leq m\leq84$. They also imply strict conditions on any solution with $m=82$.

The upper bound $m\leq84$ comes from bof's construction in the projective plane of order $9$; the projective plane $\Bbb{P}^2(\Bbb{F}_9)$ consists of $91$ points on $91$ lines, with $10$ points on each line and $10$ lines through each point. Importantly, each pair of lines meets in precisely one point, and each pair of points is on precisely one line.

Here are a few unincorporated observations that may or may not be helpful. These concern restrictions on minimal examples with $m<84$, i.e. $m=82$ or $m=83$. They are all subsumed by the observations above for $m=82$, so I prove them only for $m=83$.

To fill the commission of a member $i$ with $d_i=9$ requires $9d_i+1=82$ distinct members, leaving $1$ member remaining as $m=83$. Each of the remaining $40-d_i=31$ commissions has at most one member from teach of the $d_i$ commissions of $i$, and hence contains the remaining member. But this member is in at most $9$ commissions by observation $1$, a contradiction.

Much more can be said, but my computer is already freezing up at this big an answer.

Here's a partial answer that increases the lower bound for any (not necessarily optimal) solution to $m\ge 74$.

Suppose there is a solution with $m$ members and we know that there are two members each in $l+1$ commissions, then $$m\ge 9(l+1)+(8-l)(l+1)+2.$$ This is because if member one is in $\ge l+1$ commissions, each commission needs to be filled with $9$ new members since these $l+1$ commissions already have maximum overlap. For the commissions that member two is in, each needs $9$ more members to be accounted for. We can't have any overlap between these commissions because they already have maximum overlap (that being member two). We can at best choose one member from each group with member one in it, giving us $l+1$ members, but the other $9-(l+1)=8-l$ are new. This gives $9(l+1)+(8-l)(l+1)$ members other than the two we started with. (Note that this is the best bound in $l$ possible).

7
Difficult variation of the committee problem
3
Generating and counting subsets of $\{1,…,100 \}$ with limited pairwise intersection
1
Minimum possible number for people

0
total number of different mixes
0
Combinations Question with different committees being able to be formed
1
total number of combinations?
1
distributing r distinct objects into n-distinct boxes when repetition is allowed
0
Science Club Members Question (Pairs) Combinatorics
2
Supposedly really hard problem involving combinations
4
How many five digit number can be formed such that their numbers counted from left to right creates a decreasing sequence?
0
Finding the max number of pairs in a market basket problem
4
ways in which $A,B$ refuse to be the member of same team
0
Are there studies of Sidon sequences (or sets) which have the further property of all possible sums of their members being different, not just pairs?