How to incorporate induction into the logic system?

Before I begin the question, it is meant to generalize to other theories, but I will focus on the natural numbers theory, with the following peano axioms: 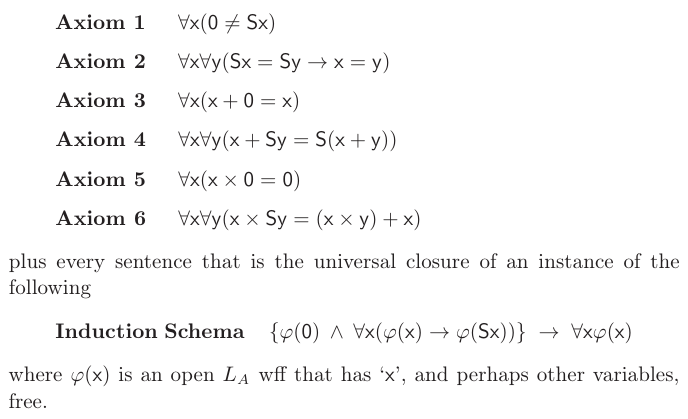 If this schema is sufficient to capture the intuition of all natural numbers being of the form $S...S(0)$ (which I am not sure of), what could be added to the logical axioms/deduction rules/natural deduction system (without allowing for infinitely long proofs) to prove the induction schema?

Thanks to helpful comments, I've realized that my question is twofold:

First, you can't use ellipsis ('...') in a logic formula; so you'd effectively have to add a formula that there cannot be a cycle of length $n$ for every $n$, i.e. infinitely many.

Third, you can have non-standard models in which you have two infinite 'successor sequences', so your No-cycles schema would hold, but Induction may still not work.

That is, in a domain with two sets of objects:

you can make all of Axioms 1 through 6 hold, and your 'No-Cycles scheme' holds as well, but the truth of $\varphi(0) \land \forall x (\varphi(x) \rightarrow \varphi(S(x))$ would only mean that the first set of objects have the property as expressed by $\varphi$, and so the second group of objects may not have that property, in which case $\forall x \ \varphi(x)$ would not be true. As such, it is fairly simple to create a concrete example where the Induction Axiom does not hold, showing that it cannot be derived from Axioms 1 through 6.

Not the answer you're looking for? Browse other questions tagged logic induction or ask your own question.

25
Why does induction have to be an axiom?

5
Complete induction in the Peano system
3
Is Induction Independent of the Other Axioms of PA?
4
When is first order induction valid?
4
How is a formal system including only a first-order axiomatization of induction stronger than a system without?
1
Which theories are consistent?
3
Natural numbers but without induction?
1
How to define induction in set theory?
3
Replacing “function” by “binary relation” in ZFC's axiom schema of replacement
1
The theory of connected graphs is not axiomatizable at the first order