How to understand this example in Do Carmo?

I'm reading the book $Riemannian$ $Geometry$ written by Do Carmo. Here is an example in which I cannot understand the explanation he gave. 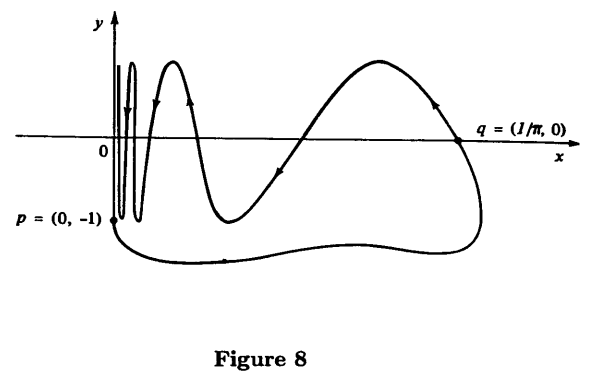 I really don't understand what he said about why $\alpha$ is not an embedding... No worry about my knowledge on topology. Can anyone help me “translate” it to the common language that's easy to understand?

Then, Do Carmo explains why these two topologies are distinct: the second one is locally connected, whereas the first one is not.

Not the answer you're looking for? Browse other questions tagged general-topology differential-geometry riemannian-geometry curves or ask your own question.

9
Unifying Connection Between Topological Embeddings and Quotient Maps
6
I am confused by the different definitions of manifolds.
2
What is K3-surface and Calabi-Yau metric?
8
Intuition behind Riemannian-metric
4
Einstein field equation,pde and differential geometry
1
Why does a regular surface contained in a sphere have to be open in the sphere?