In one text, the derivation for perspective projection goes like this: 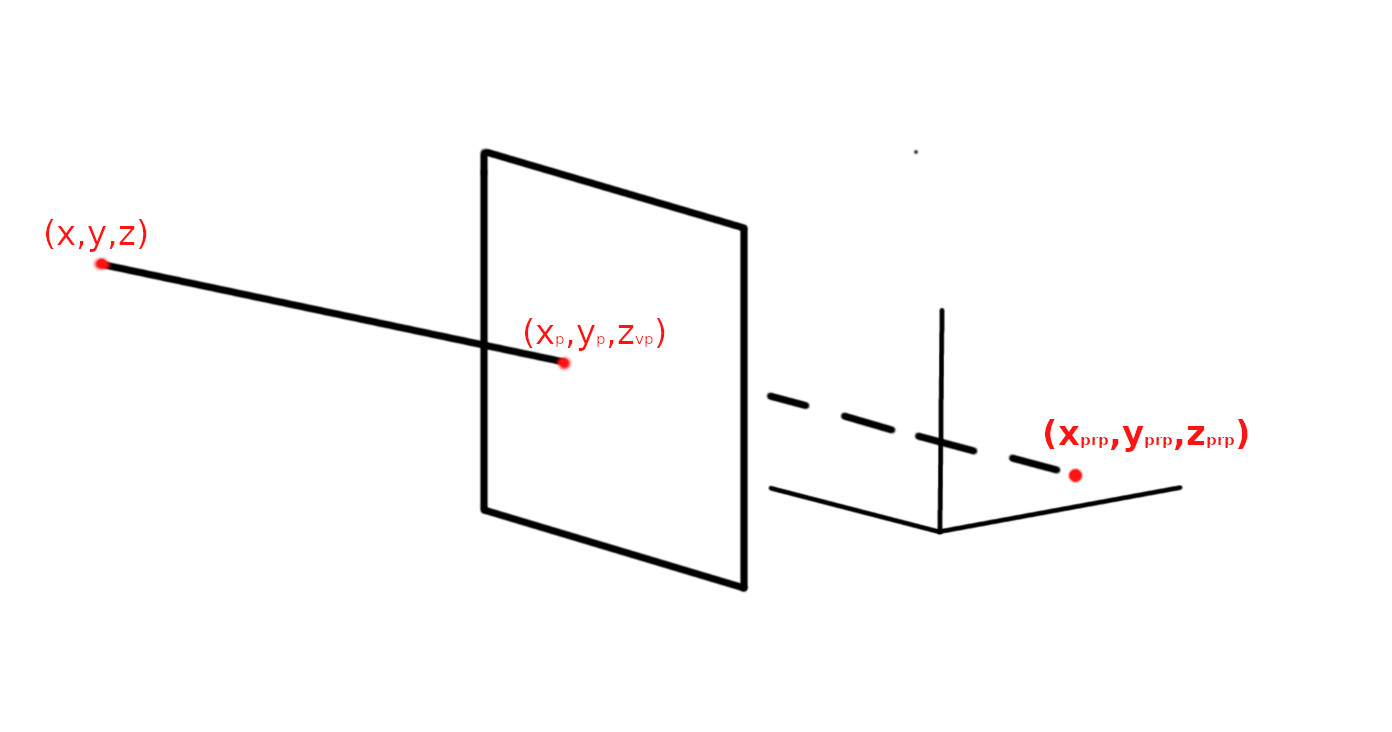 Now, finding the value of u from the third equation above and replacing in the first and second equations, we get at $z_vp$:

and there is no projection transformation matrix given.

In the second text, the derivation is using similar triangles: 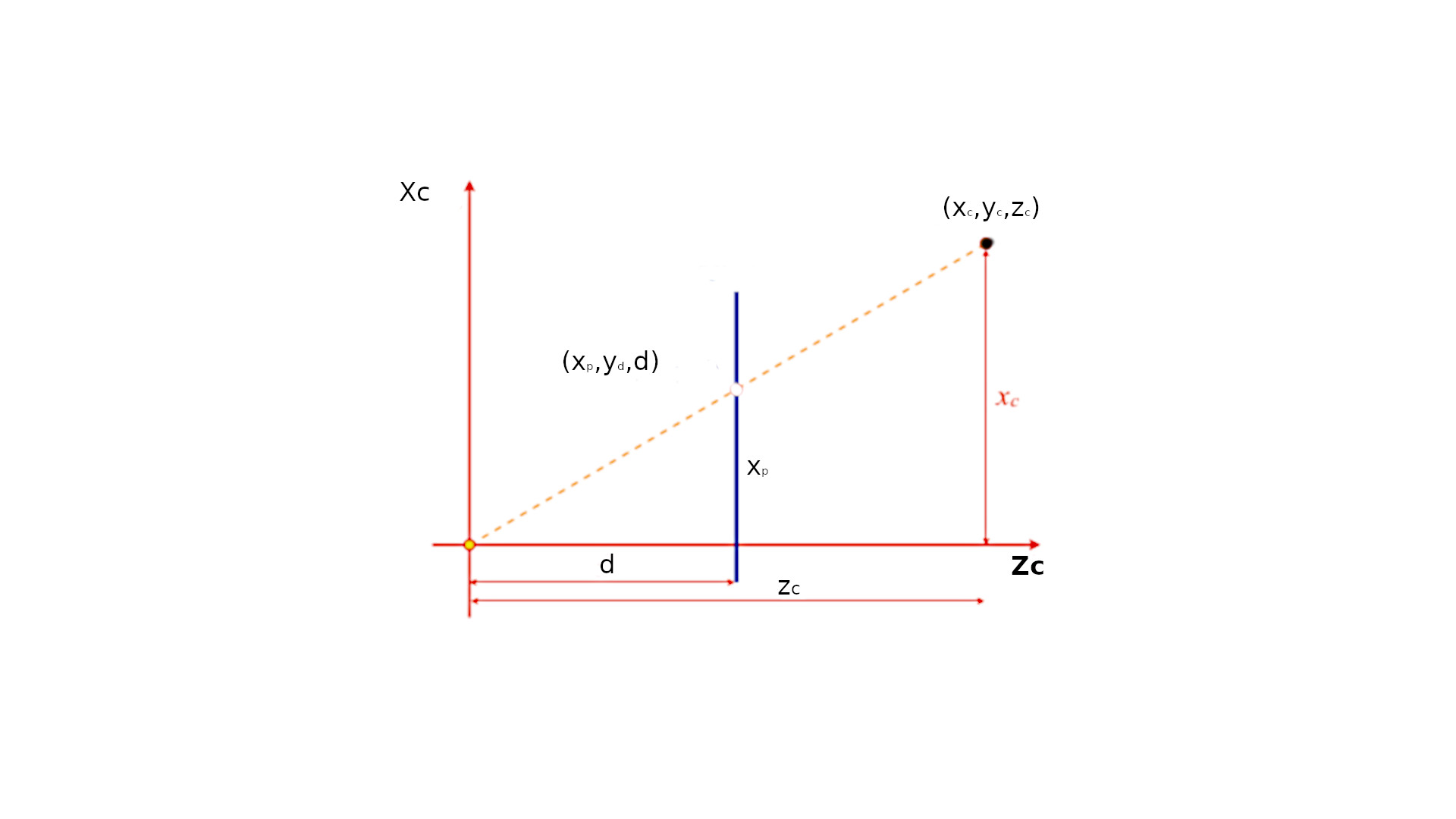 so, my questions are:

The two constructions are essentially the same. In the first, the reference point (more usually called the view point or camera center) is arbitrary and the image plane is $z=z_{\text{vp}}$, while in the second the camera is at the origin and the image plane is $z=d$. In solving for $u$ in the first construction you’re effectively using similar triangles, so if you place the reference point at the origin and set $d=z_{\text{vp}}-z_{\text{pvp}}$ you end up with the same equations... almost.

There’s an important difference between the two constructions: the second one also includes a reflection in the $y$-$z$ plane (the image $y$-axis). This is because we want a right-handed coordinate system for the image, but we’re “looking” at the image plane from the wrong side. Many authors place the image plane at $z=f$, $f\lt0$ instead (so that the camera is looking “down” at the scene) to avoid having to introduce this extraneous reflection.

Both this and the projection matrix in the second derivation produce a point in the three-dimensional scene space. To get a matrix that produces two-dimensional image coordinates instead, you would delete its third row.

We can also obtain $P$ directly by using a slightly different construction: the projected image of a point $\mathbf X$ is the intersection of the line through $\mathbf X$ and the camera center $\mathbf C$ with the image plane $\mathbf\pi$. This can be computed directly by using the Plücker matrix of the line: $$\mathbf X' = (\mathbf C\mathbf X^T-\mathbf X\mathbf C^T)\mathbf\pi.$$ Rearranging and factoring out $\mathbf X$, we get $$(\mathbf C\mathbf\pi^T-\mathbf C^T\mathbf\pi I_4)\mathbf X.$$ I’ll again leave it to you to verify that the parenthesized expression produces the matrix $P$ from above. This construction is completely general: it works for any image plane and viewpoint including points at infinity, which correspond to parallel projections (so-called affine cameras).

Not the answer you're looking for? Browse other questions tagged linear-algebra projection projection-matrices or ask your own question.