Professor said that we have overlapping branch cuts for $x<-1$ and that they cancel each out. And therefore that $z=\infty$ is not a branch point (because branch points are points where branch cuts begin/end).

I have several questions.

Thank you for any help!

Branches do not always cancel where they overlap: For example, we can generalize $f$ to 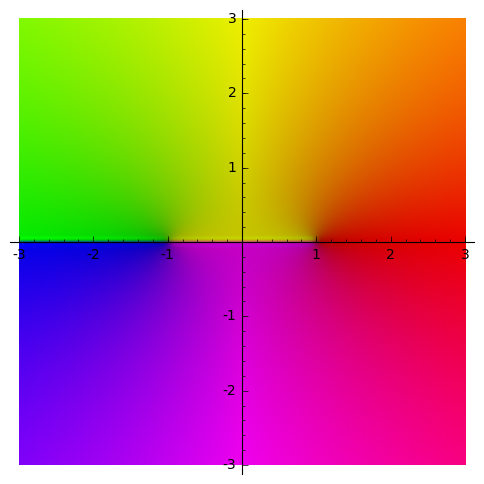 Roughly speaking, checking continuity at an arbitrary point of the cut (excluding the branch point) is generally sufficient to establish (non)cancellation: Analyticity of the function then follows from the Inverse Function Theorem.

(2) I'm not sure how to make your question precise.

Not the answer you're looking for? Browse other questions tagged complex-analysis analysis complex-numbers branch-cuts branch-points or ask your own question.