How can I describe the vertical component of a juggling ball's path with a sine wave?

I juggle, and then track the juggling balls.

I want to describe this juggling trick using sine waves. A metronome was used to keep the throws periodic. The video is 120fps, so there are 120 observations per second. The Y-values correspond to the location of the ball in the image. The video is 800 pixles tall, so the Y-values range from about 200 to 600. This is a graph of (the data): 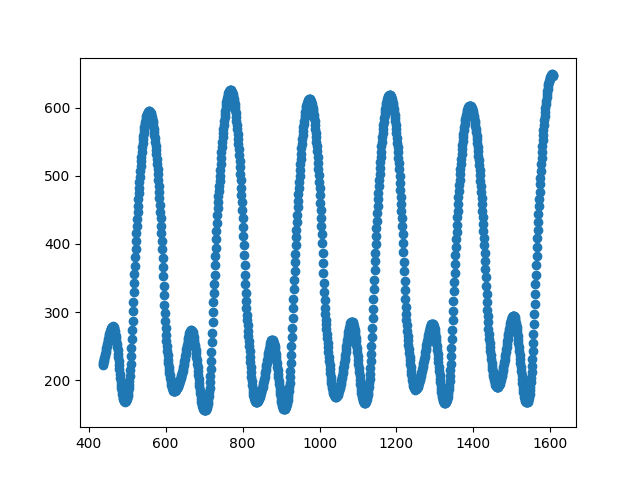 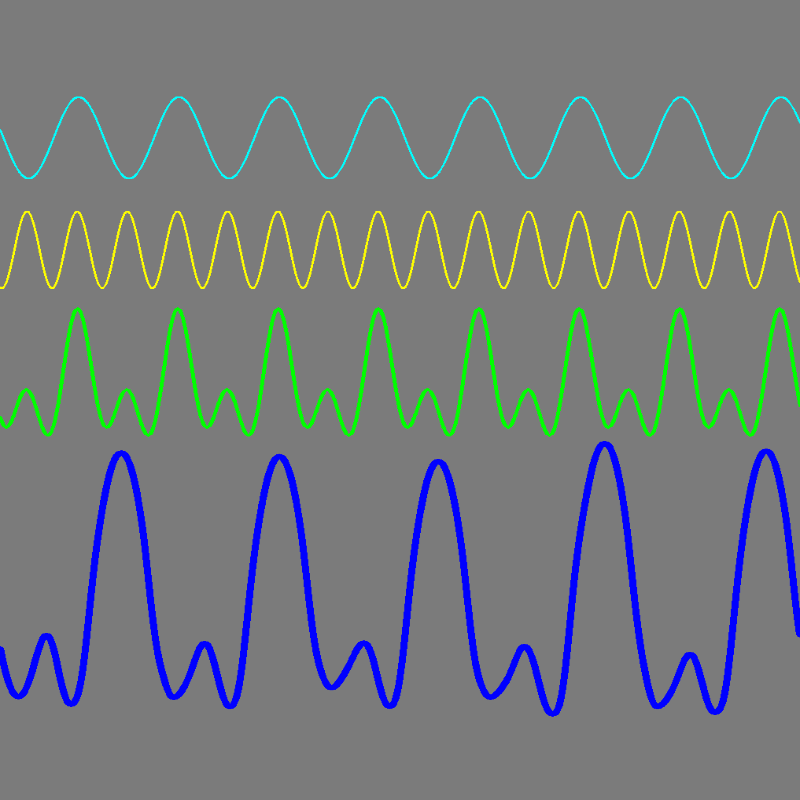 From manually fitting the sine wave, I know that this function is the sum of two sine waves. The period of the longer wave is 2x the period of the shorter wave. A FFT seems to confirm this: 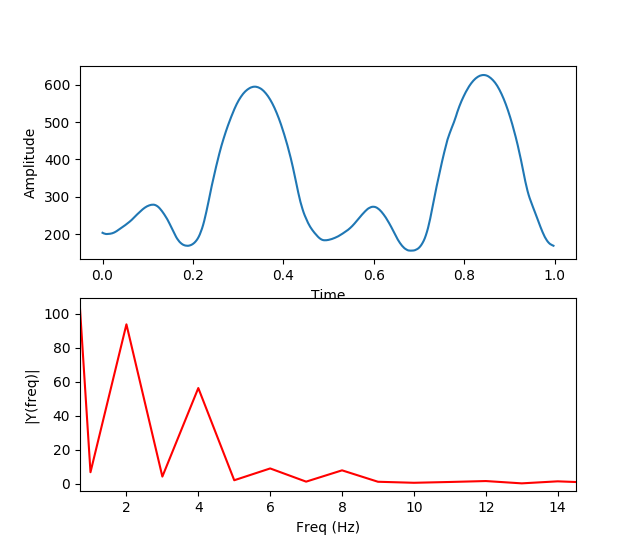 In conclusion, I can describe this data by manually (visually) fitting a sine curve. I would like to use a mathematical and statistical methods to fit a sine curve to this data.

The data that I used in this example was pretty simple, but the juggling tricks can get more complicated:

While the ball is in free motion its orbit is a parabola: the horizontal component is linear in time, and the vertical component quadratic during each free flying interval separately. But during the time you hold the ball in your hands we have no mathematical control of the happenings. At any rate a periodic process results whose period $T$ you define by your actions. Such a process can be Fourier analyzed, and you obtain expansions of the form
$$x(t)={a_0\over2}+\sum_{k=1}^\infty \left(a_k\cos{2k\pi t\over T}+b_k\sin{2k\pi t\over T}\right)\ ,\tag{1}$$ and similarly for $t\mapsto y(t)$. As an experienced juggler you try to make the process as "harmonic" as possible, and this results in a fast decrease of the coefficients $|a_k|$ and $|b_k|$, so that in $(1)$ only the first two or three terms really play a rôle.

Not the answer you're looking for? Browse other questions tagged analysis recreational-mathematics signal-processing or ask your own question.

2
Encoding a Discrete Signal to an Artificial Neural Network?
7
How to fit a curve to a sinusoidal wave
0
How to determine divisor for composite sine wave
3
Least-square fitting to data (sine function) : what is the error of the derived fit parameters?
14
How many numbers $\le x$ can be factorized into three numbers which form the sides of a triangle?