Is a Logistic Regression always viable for having a dichotomous response variable?

Yes, I've asked this question already on stat.stackexchange, but I'm asking here as well to see if I can get any other feedback on the subject

I have learned some about a simple logistic regression with one explanatory variable (quantitative) and one response variable (binary: $0$ or $1$)

Generally the plot for such a set of data may look like this: 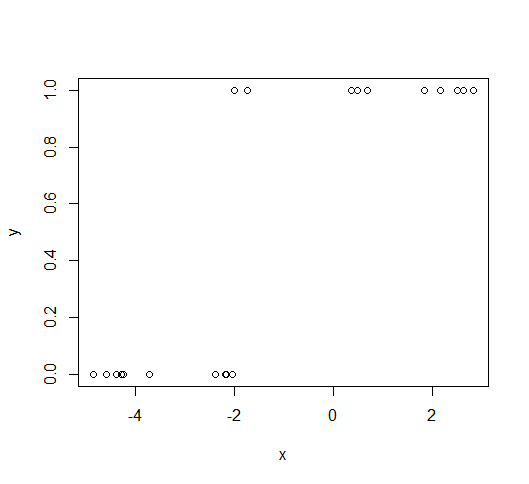 Then we can run a logistic regression to find a model to fit the data.

However, it looks as if in general the rule for the model is, the higher we let our explanatory variable be, the higher the probability that we would have a success.

What if our data suggested otherwise, and instead going too high would end up giving a response variable of $0$ again. Another way to ask my question is, what if our data looks a little something like this: 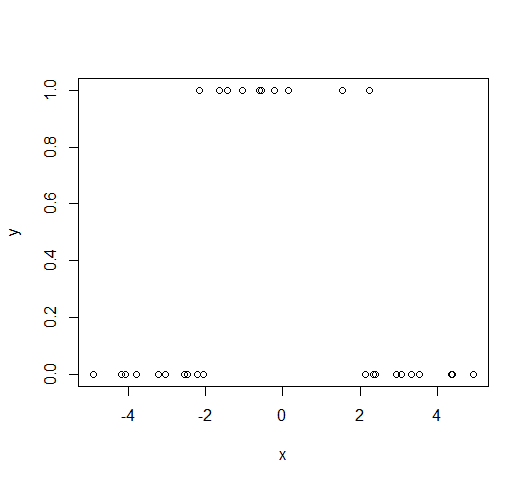 Would a logistic model even be viable still in this situation? My initial guess would be no, because the points don't appear to generally follow a logistic function; in fact it looks more bell-curved. If not, then what kind of nonlinear regression would represent something like this? How could I model something like this in R?

Thanks for any clarification given.

Straight forward logistic regression wouldn't really work. As you point out, it is not a strict sigmoid shape anymore. In this case you need to be more creative. You could:

Not the answer you're looking for? Browse other questions tagged statistics regression logistic-regression or ask your own question.