Can Abel-Ruffini be “seen” by looking at the graphs of polynomials?

The Abel-Ruffini theorem states that

there is no algebraic solution – that is, solution in radicals – to the general polynomial equations of degree five or higher with arbitrary coefficients.

The standard proof of this uses Galois theory and is almost purely algebraic, uses abstract permutations, and thus is not very visual.

I wonder, if the fact that polynomials of degree five or higher have no general solution in radicals can somehow be seen by looking at the graphs of the polynomials: 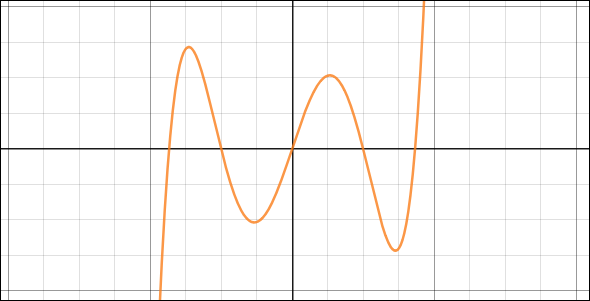 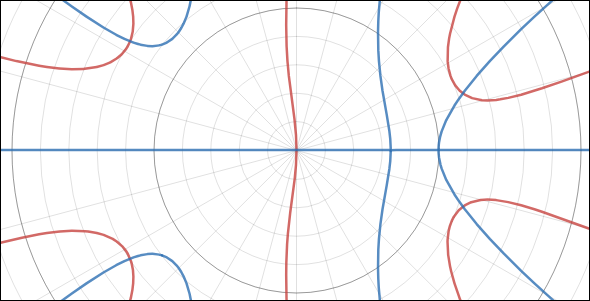 As far as the graphs of polynomial functions from $\mathbb R$ into $\mathbb R$ is concerned, the answer is negative. In fact, we can solve by radicals every polynomial equation of the typ $x^3+x=a$, where $a$ is an algebraic number, but we cannot solve by radicals most equations of the form $x^5+x=a$. However, their graphs are very similar visualy. Just translate up or down the graphs of $x^3+x$ and of $x^5+x$ respectively. And they look like this: 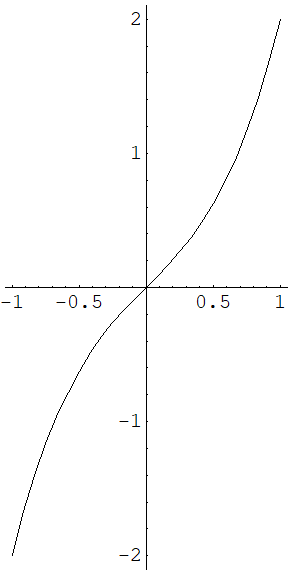 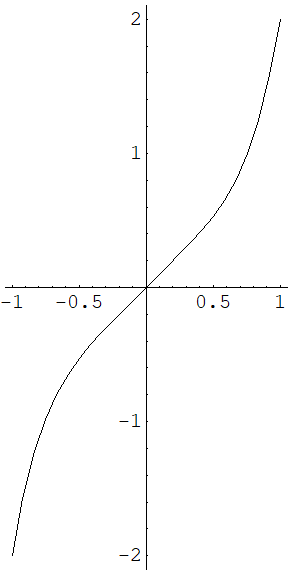 In the complex version, I don't know the answer, but I would be very much surprised if it turned out to be affirmative.

Here is a partial "yes" answer:

If $f(x)$ is a polynomial of degree $p$ for an odd prime $p$, and if $f(x)$ has exactly two nonreal roots (which is to say it has $p-2$ real roots, which you can "see" on the graph), then the Galois group (of the splitting field of) $f$ over $\mathbf{Q}$ is isomorphic to the symmetric group $S_p$. In particular, if $p > 3$, then this group isn't solvable, so you can't solve your polynomial using radicals.

To see this, just note that:

Not the answer you're looking for? Browse other questions tagged abstract-algebra polynomials galois-theory roots or ask your own question.

6
A visually guided proof of the fundamental theorem of algebra?
5
General findings about Galois groups

42
Why is it so hard to find the roots of polynomial equations?
21
closed-form expression for roots of a polynomial
4
Clarification of Abel-Ruffini theorem statement
11
Abel-Ruffini theorem, Galois theory and minima and maxima
7
How to know when a quintic is solvable
2
Are there any ways of solving polynomials with no rational zeros?