Which one result in mathematics has surprised you the most? [closed]

Ask Question
Asked 11 years, 3 months ago
Active 11 months ago
Viewed 55k times
196
$\begingroup$
This question is unlikely to help any future visitors; it is only relevant to a small geographic area, a specific moment in time, or an extraordinarily narrow situation that is not generally applicable to the worldwide audience of the internet. For help making this question more broadly applicable, visit the help center.
Closed 10 years ago.

A large part of my fascination in mathematics is because of some very surprising results that I have seen there.

I remember one I found very hard to swallow when I first encountered it, was what is known as the Banach Tarski Paradox. It states that you can separate a ball $x^2+y^2+z^2 \le 1$ into finitely many disjoint parts, rotate and translate them and rejoin (by taking disjoint union), and you end up with exactly two complete balls of the same radius!

So I ask you which are your most surprising moments in maths? 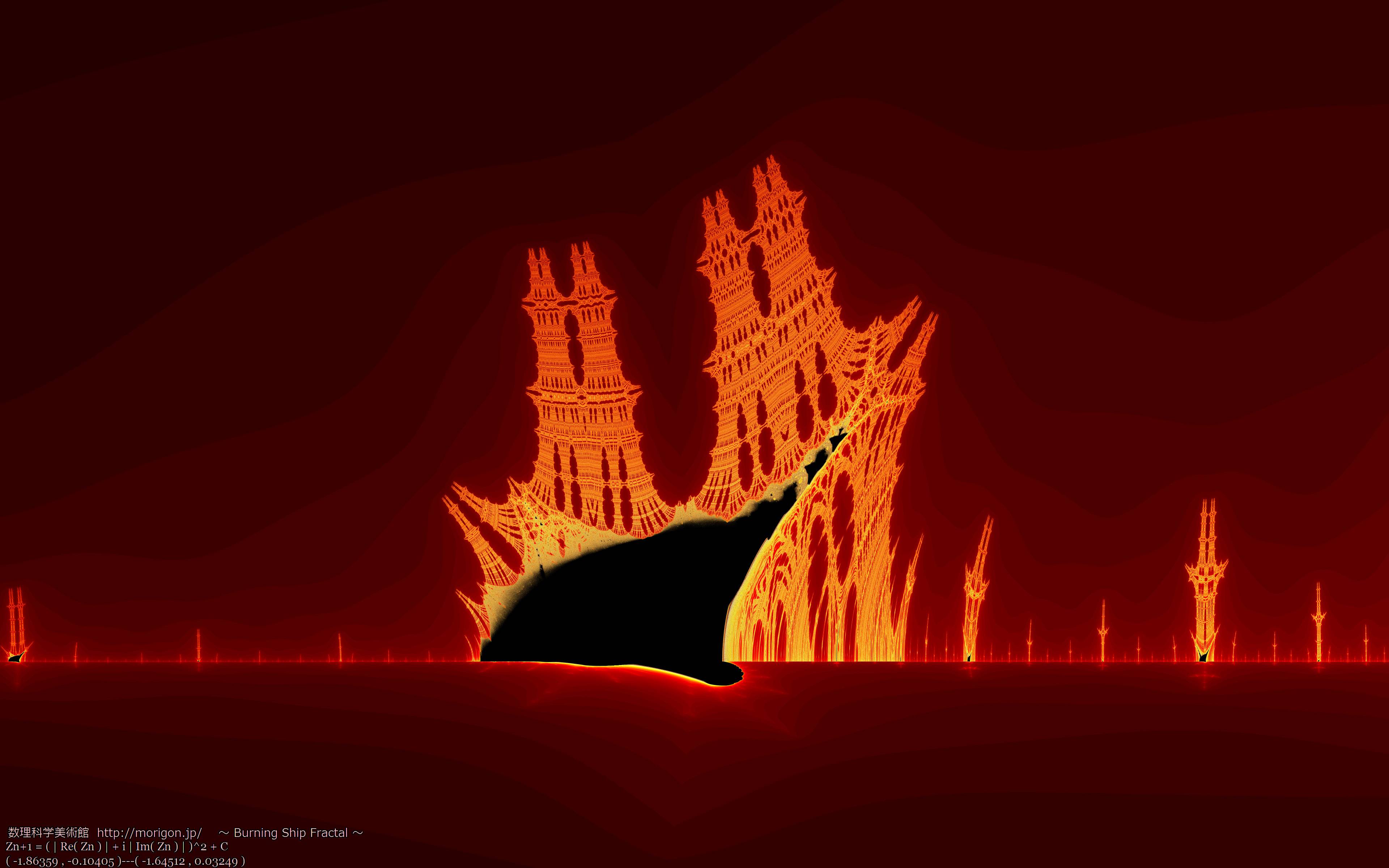 Fractals, especially the ones related to simple dynamical processes like the Mandelbrot set or this eerie Burning ship fractal really still inspire me with awe.

It's not really a mathematical result, but after seeing all the nice entries here, I thought this lighter one would fit in well:

"Young man, in mathematics you don't understand things. You just get used to them."

When I see all the examples here, this dictum by von Neumann comes to mind. I'm always remembered of how true it is.

Henry Ernest Dudeney's Spider and Fly Problem: With a cuboid $30\times12\times12$, what is the minimum surface distance from a point which is on a $12\times 12$ face and in $1$ from the mid-point of an edge to the opposite point across the centre of the cuboid?

The surprise is that the minimum distance requires a route using five of the six faces of the cuboid. 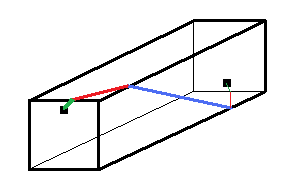 As an undergraduate, the fact that |P(x)| > |X|. I recall being surprised at how both how short and easy this was to prove, and that it implied there were infinitely many "sizes" of infinity. (The standard diagonalization of decimals proof only showed there were two sizes and took more time.)

The solution to Hilbert's 10th problem, i.e. the MRDP theorem.

That one can count on and on without end.

(Of course, this surprise was a while ago.)

The fact that the curve of fastest descent (i.e., the brachistochrone) dips beneath its target!

When I started studying elliptic curves and modular forms I was really amazed by the fact that for a normalized eigenform the Fourier coefficients are the Hecke eigenvalues.

The fact that the axiom of foundations (also known as regularity in some places) is independent of the rest of the axioms, and not only you can have an infinitely descending chain $x_0 \ni x_1 \ni \ldots$ but you can have $x = \{ x \}$ and even more than that! $P(a) \in a$ is possible as well.

Crazy set theoretic voodoo, that's what this is! (And I'm loving every single bit of it :))

One of the most surprising results I have ever seen is the Universality Theorem of Voronin which states that any nonvanishing analytic function can be well -approximated by $\zeta(s)$ somewhere in the critical strip for $0 < Re(s) < 1$.

Morley’s Miracle: The three points of intersection of the adjacent trisectors of the angles of any triangle always form an equilateral triangle.

This is a stunning gem that slipped through the fingers of the ancients.

Gold's theorem provides pretty convincing mathematical evidence supporting the universal grammar hypothesis in linguistics. This hypothesis is two-fold: (1) children are not presented logically with enough information to actually learn their native language; (2) hence there exists a universal grammar which is encoded somehow in the human brain and which facilitates the logical gap between the positive data given to the child and the data necessary to determine the language's grammar. While the universal grammar hypothesis isn't universally accepted, it has been one of the most important ideas in linguistics so far.

Gold's theorem shows that certain classes of languages are logically not learnable. Of course, it operates in a purely formal setting. I'll provide up this setting now following the definitions and notations of Gabriel Carroll, pg. 41.

This is Gold's theorem, first proved by Gold in his seminal paper (but my wording is taken from Carroll):

In particular, any finite language is regular. Hence the class of regular languages is unlearnable, and it follows at once that every class of the Chomsky Hierarchy is unlearnable.

The proof of Gold's theorem is, as Carroll shows, not very hard, although certainly not intuitive, and it can be reduced to a corollary of the following characterization of learnable classes of languages (Carroll, Lemma 9):

The fact the every set can be well-ordered (given the Axiom of Choice, of course).

How about the Anti-Calculus Proposition (Erdős): Suppose $f$ is analytic throughout a closed disc and assumes its maximum modulus at the boundary point $a$. Then $f^\prime(a)$ is not equal to $0$ unless $f$ is constant. (Source: Bak & Newman, Complex Analysis 2nd ed.)

I would not rate this example as surprising, but it did provoke in me a little epiphany when I finally understood it. There is a theorem of category theory that characterizes adjunctions as a pair of functors and a pair of natural transformations satisfying a bunch of equations. Now in some sense, this is a pure formality (the proof is easy), but on the other hand, an adjunction encodes a parameterized universal property, with some implicit quantifiers (over potentially proper classes) floating around. Now think of all the adjunctions you have come across that encode huge amounts of information. The characterization theorem says that this is the same as a pair of 2-cells in a 2-category satisfying a pair of equations. Look, Ma, no quantifiers, no isomorphisms, no nothing. Just a bunch of equations in a 2-category. The single most important concept of category theory and what do we end up with? a pair of equations...

For me it would be the Green-Tao theorem, which states: For any natural number $k$, there exist $k$-term arithmetic progressions of primes.

Kuratowski's Complement problem, is the one which i came across recently, and i was clearly flabbergasted.

that properties of recursive function are not always provable. For example, existence of an algorithm which non-terminates and whose non-termination cannot be proved.

The infinitude of primes! – and the simplicity of its proof!

It seems weirdly arbitrary to me that you can comb a hairy n-sphere if n is odd, but that this is impossible when n is even.

One surprise for me -- What is the optimal way to cover an equilateral triangle with two squares?

It wasn't solved correctly until 2009. https://erich-friedman.github.io/packing/squcotri/

While not as surprising as, say, the countability of the rationals, and even fairly obvious to some people, the fundamental theorem of calculus joins two operations (differentiation and integration) which didn't look completely related to each other at first to me if you define them as the rate of change of a curve and the area beneath it.

I was very surprised to learn about the Cantor set, and all of its amazing properties. The first one I learnt is that it is uncountable (I would never have told), and that it has measure zero.

I was shown this example as a freshman undergraduate, for an example of a function that is Riemann-integrable but whose set of points of discontinuity is uncountable. (equivalently, that this set has measure zero). This came more as a shock to me, since I had already studied some basic integrals in high school, and we had defined the integral only for continuous functions.

Later, after learning topology and when learning measure theory, I was extremely shocked to see that this set can be modified to a residual set of measure zero! I think the existence of such sets and the disconnectednes of topology and measure still gives me the creeps...

The primitive element theorem is quite surprising.

Theorem: Let $E \supseteq F$ be a finite degree separable extension. Then $E=F[\alpha]$ for some $\alpha \in E$.

Wedderburn’s Theorem: Every finite division ring is a field.

Why should finiteness imply commutativity???

(Background: The only way a division ring can fail to be a field is if its multiplication is not commutative.)

The divergence of the Harmonic Series.

I find it very surprising that there are so few possibilities for the rational torsion on an elliptic curve. It's also strange to see every number from 1 through 12 except 11 in that first list.

The connection between syntax and model theory. For example, you can tell that you can't define "field" (the algebraic structure) by equations because the category of fields doesn't have products. In other words, a property of the models controls the logical connectives you must use to say what it is. There are many results like this.

332
A challenge by R. P. Feynman: give counter-intuitive theorems that can be translated into everyday language
311
Nice examples of groups which are not obviously groups
128
What are some examples of a mathematical result being counterintuitive?
239
What is the importance of the Collatz conjecture?
150
Looking for an intuitive explanation why the row rank is equal to the column rank for a matrix
48
Surprising Generalizations
57
Paradox: increasing sequence that goes to $0$?
29
Cardinality of all cardinalities
12
A Book of Neat Theorems for Laymen
5
Infinite processes riddle
See more linked questions

14
Which books would you recommend about Recreational Mathematics?
91
Your favourite maths puzzles
24
What are some motivating examples of exotic metrizable spaces
37
What is the most surprising result that you have personally discovered?
4
What are the most obscure or advanced mathematics with practical application
10
What is the theorem that has the most proofs?
44
Mathematics for the afterlife