This is an example of from the book Topology of Janich. In the picture $X = \mathbb{R}^2$ with standard topology, and the lines represent the equivalence classes, which are closed $1$ dimensional manifolds. The example is aimed to show: Even if the equivalence classes are closed subsets of the Hausdorff space $\mathbb{R}^2$, the quotient space $X/\sim$ could still be non-Hausdorff. It says that one quotient space in the picture is Hausdorff while the other is not. However I am having hard time finding out which is. Could somebody help me please. 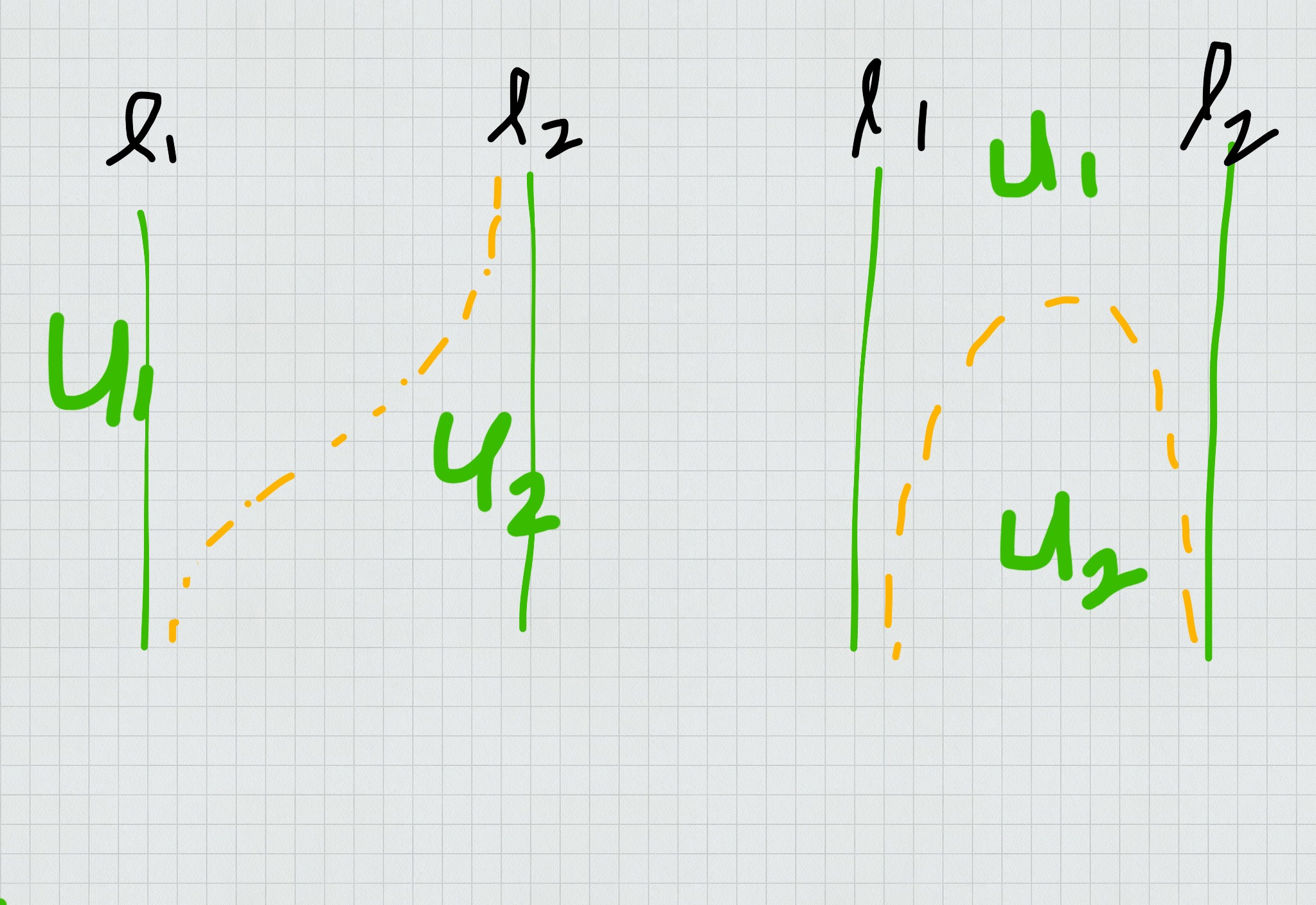 The picture on the right gives a non-Hausdorff quotient space. Specifically, the two vertical lines $l_1$ and $l_2$ next to the cap-shaped lines do not have disjoint open neighbourhood. (from then on, I call cap-shaped lines "cap" lines)