Intuition on the curl formula

I'm trying to understand the formula for the curl: $$\operatorname{Curl}(F) = \nabla \times F $$

I think that I understand the concept of the curl, I recommend this if anyone is interested. The problem is in the formula.

From circulation/area to the formula for curl

I suppose one normally does the reverse, that is, derive Stokes' theorem from the curl rather than the formula for curl from Stokes', but if you accept that Stokes' has been proved, then it shouldn't matter that we've used it to better understand the formula. Yet there is still more to say about how the formula is related to rotation.

The flow of the vector field and local instantaneous rotation

One might wonder if the analysis above is a little too loose. One can see what's going on in this figure: 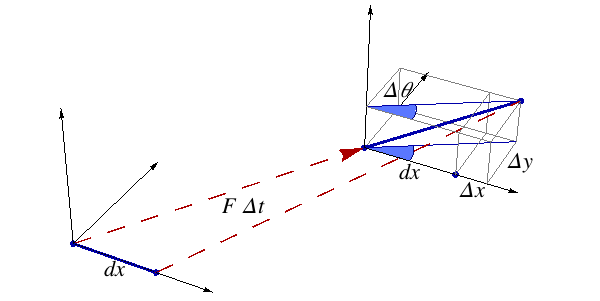 Curl and the rate of rotation

Curl and the carpool lane

Suppose we model the flow of traffic on a highway by a $C^2$ autonomous vector field, where each car represents a discrete particle of the flow. If (as a passenger) you keep your gaze fixed toward a car near you, then the absolute rate at which your head (or rather eye) turns will be proportional to the curl. By absolute rate, I mean that the angle is to be measured with respect to a fixed direction, such as due north.

Taken from my MathOverflow answer here.

now assume you want to find the curl formula for space.

from Green's theorem we know that the curl of gradient field must be zero . we will use that to get formula for curl in space

and since we can interchange the order of taking partial derivatives

we combine them in one formula so that when the vector field is gradient field ,thus satisfying the above conditions, the curl would be zero

which is precisely the curl.

and as Hayden mentioned that doesn't mean that we take the cross product of any thing it's just abuse of the notation because it's convenient that way.

$\nabla\times \mathbf{F}$, where $\mathbf{F}=\langle F_1,F_2,F_3\rangle$, is a device to represent the curl formula derived in a geometric proof/explanation such as the one you linked:

In contrast to John, I think it helps to consider $\nabla$ as a vector operator, as in it has many algebraic properties of a vector. Many identies involving vectors are valid for it, so the curl expression is not merely a notational aid.