Ask Question
Asked 9 years, 3 months ago
Modified 1 year, 3 months ago
Viewed 96k times
171
$\begingroup$
This question already has an answer here:
How discontinuous can a derivative be? (1 answer)
Closed 3 years ago.

Could someone give an example of a ‘very’ discontinuous derivative? I myself can only come up with examples where the derivative is discontinuous at only one point. I am assuming the function is real-valued and defined on a bounded interval.

Haskell's answer does a great job of outlining conditions that a derivative $f'$ must satisfy, which then limits us in our search for an example. From there we see the key question: can we provide a concrete example of an everywhere differentiable function whose derivative is discontinuous on a dense, full-measure set of $\mathbb R$? Here's a closer look at the Volterra-type functions referred to in Haskell's answer, together with a little indication as to how it might be extended. 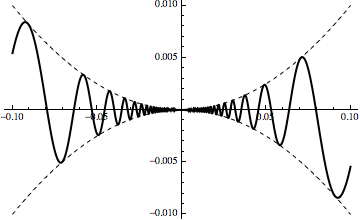 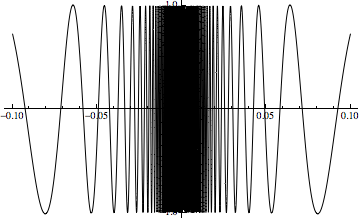 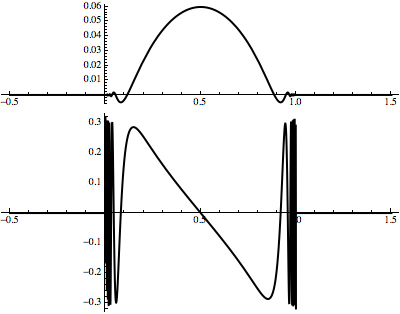 A cantor set of discontinuties

Now that we have a way to construct a differentiable function whose derivative is discontinuous exactly at the endpoints of an interval, it should be clear how to construct a differentiable function whose derivative is discontinous on a Cantor set constructed in the interval. For $n\in\mathbb N$ and $m=1,2,\ldots,2^n$, let $I_{m,n}$ denote one of the $2^n$ intervals removed during the $n^{th}$ stage of construction of the Cantor set. Then let $f_{m,n}$ be scaled to have support $I_{m,n}$ and to have maximum value $4^{-n}$. The function $$F(x) = \sum_{n=0}^{\infty} \sum_{m=1}^{2^n} f_{m,n}(x)$$ will be everywhere differentiable but its derivative will be discontinuous on the given Cantor set. Assuming we do this with Cantors standard ternary set, we get a picture that looks something like so: 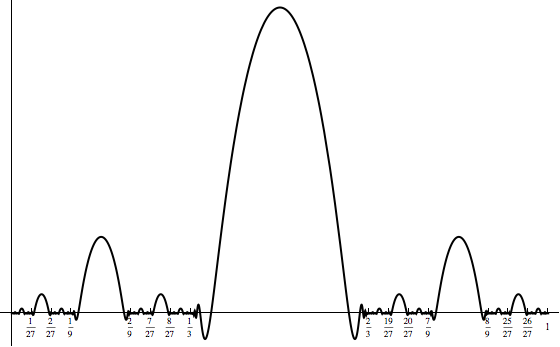 Again, the last example refers to the standard Cantor ternary set but there's no reason this can't be done with any Cantor set. In particular, it can be done with a so-called fat Cantor set, which can have positive measure arbitrarily close to the measure of the interval containing it. We immediately produce an everywhere differentiable function whose derivative is discontinuous on a nowhere dense set of positive measure. (Of course, care must again be taken to scale the heights of the functions go to zero quickly enough to guarantee differentiability.)

I guess that you are looking for a continuous function $ f: \mathbb{R} \to \mathbb{R} $ such that $ f $ is differentiable everywhere but $ f' $ is ‘as discontinuous as possible’.

We have the following theorem in real analysis.

The proof of Theorem 1 is an application of the Baire Category Theorem, and it can be found in Munkres’ Topology or Measure and Category by Oxtoby. By this theorem, it is therefore impossible to find an $ f: \mathbb{R} \to \mathbb{R} $ whose derivative exists but is discontinuous everywhere.

There is another theorem that provides a necessary and sufficient condition for a set $E$ to be the set of discontinuities of some derivative.

Let me end off with a non-trivial example to add to yours. Volterra’s Function is differentiable everywhere, but its derivative is discontinuous on a set of positive measure, not just at a single point.

Not the answer you're looking for? Browse other questions tagged real-analysis derivatives examples-counterexamples or ask your own question.