Vector spaces. When in the real world are we checking if it's a vector space or not?

I am reading this text: 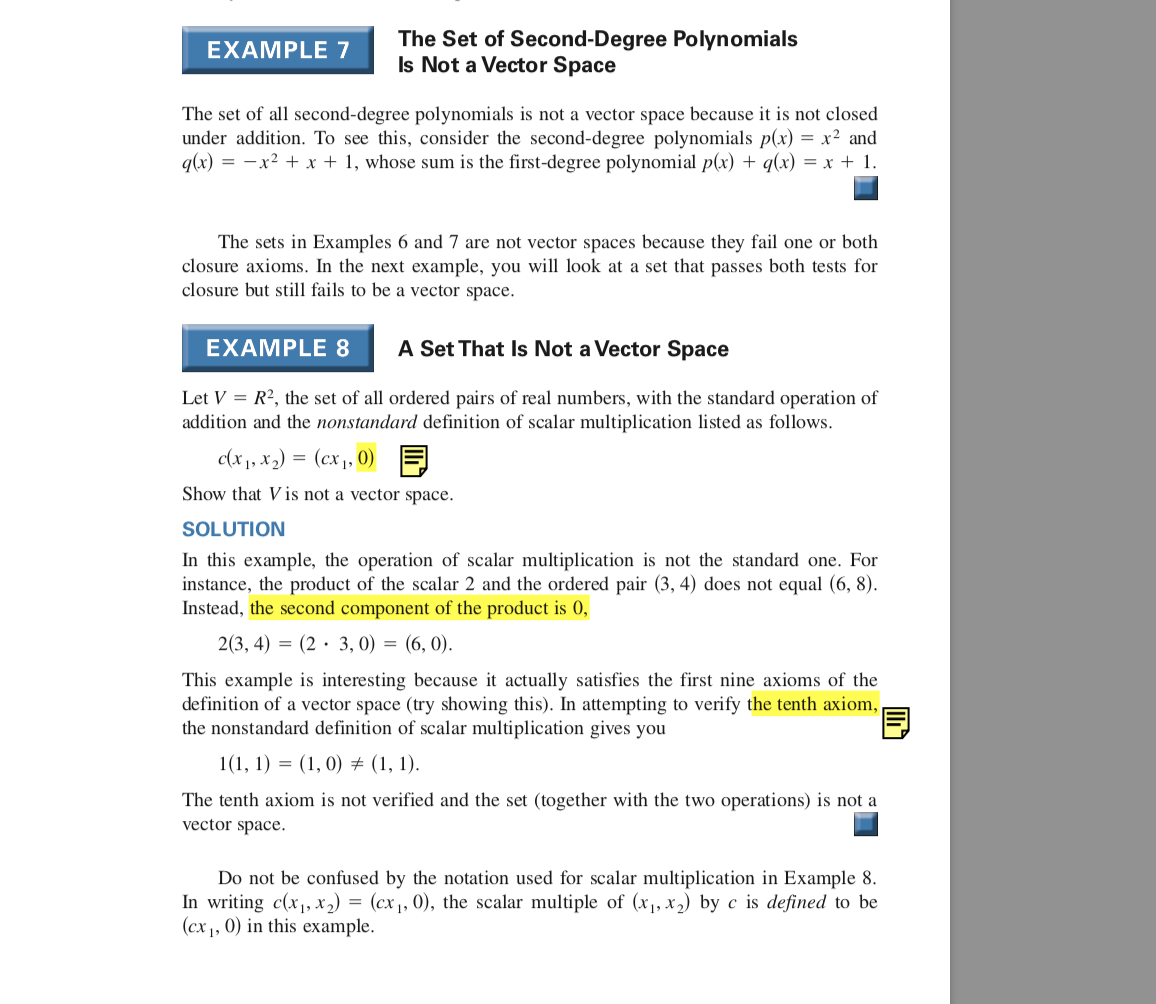 When in the real world are we checking to see if sets are vector spaces or not? The examples above seem like really specific sets...

Are there any places where we redefined scalar multiplication like this?

Here's my favourite example. It's still a little artificial, but I came by it through simple curiousity, rather than any course, or the search for an example.

Consider the logic puzzle here. It's a classic. You have a $5 \times 5$ grid of squares, coloured black or white. Every time you press a square, it changes the square and the (up to four) adjacent squares from black to white or white to black. Your job is to press squares in such a way that you end up with every square being white.

So, my question to you is, can you form any configuration of white and black squares by pressing these squares? Put another way, is any $5 \times 5$ grid of black and white squares a valid puzzle with a valid solution?

Also note that the usual standard basis, consisting of matrices with $0$ everywhere, except for a single $1$ in one entry, forms a basis for our vector space. Therefore, the dimension of the space is $25$.

Pressing each square corresponds to adding one of $25$ vectors to the current vector. For example, pressing the top left square will add the vector

We are trying to find, therefore, a linear combination of these $25$ vectors that will sum to the current vector (remember $-v = v$ for all our vectors $v$).

The answer is, no, they are not linearly independent. In particular, if you press the buttons highlighted in the following picture, you'll obtain the white grid again, i.e. the additive identity. 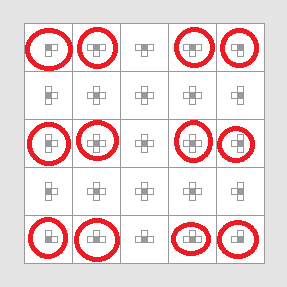 Therefore, we have a non-trivial linear combination of the vectors, so they are linearly dependent, and hence not spanning. That is, there must exist certain configurations that cannot be attained, i.e. there are invalid puzzles with no solution.

The linear dependency I found while playing the game myself, and noticing some of the asymmetries of the automatically generated solutions, even when the problem itself was symmetric. Proving the linear dependence is as easy as showing the above picture. I still don't know of an elegant way to find an example of a puzzle that can't be solved though! So, my proof is somewhat non-constructive, and very easy if you know some linear algebra, and are willing to prove that a set is a vector space.

Vector spaces, and vector space-like sets, crop up in a lot of places. The specific example here is artificial, yes, but it is meant to show that we need to be careful when checking whether a set of vector-like objects, together with two operations (vector addition and scalar multiplication), actually is a vector space or not.