What is this curve?

Lines (same angle space between) radiating outward from a point and intersecting a line: 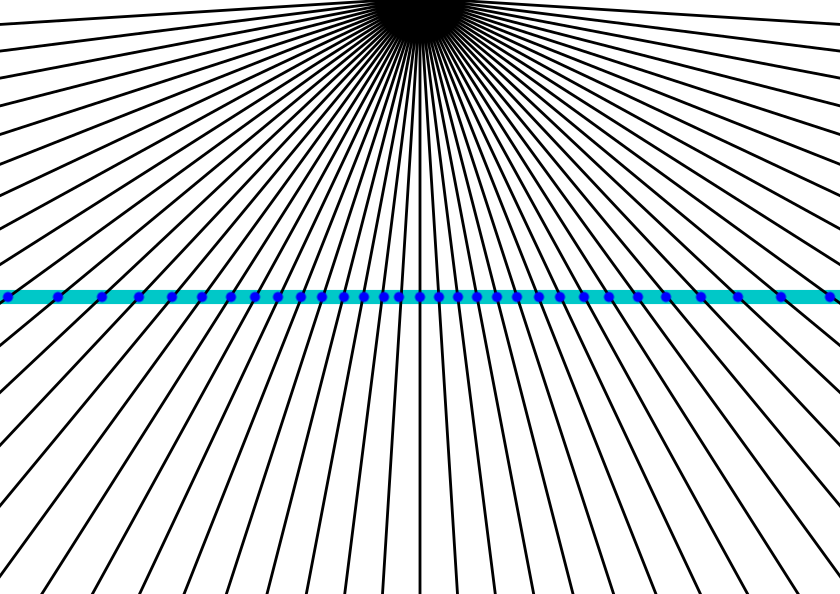 This is the density distribution of the points on the line: 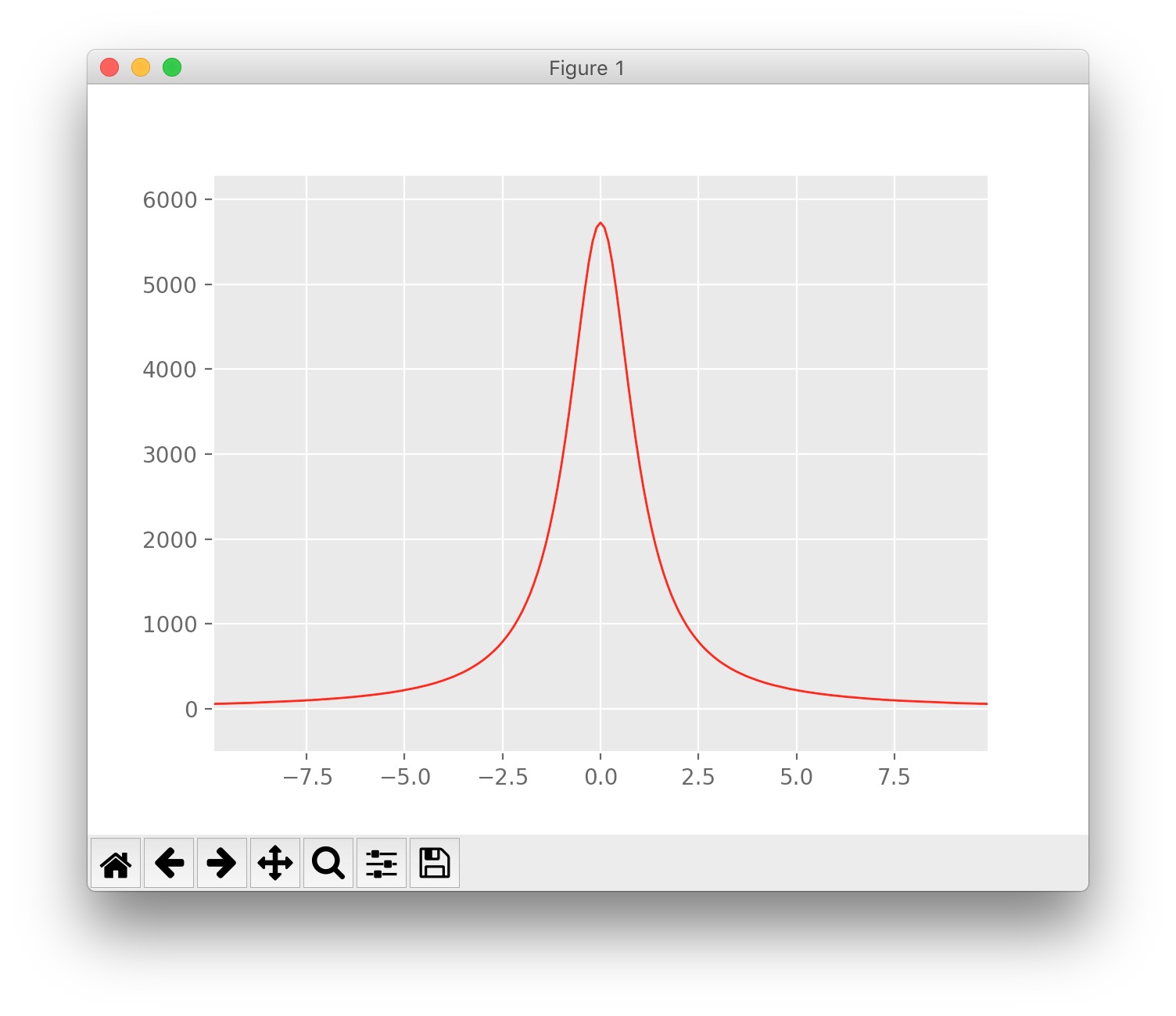 I used a Python script to calculate this. The angular interval is 0.01 degrees. X = tan(deg) rounded to the nearest tenth, so many points will have the same x. Y is the number of points for its X. You can see on the plot that ~5,700 points were between -0.05 and 0.05 on the line.

What is this graph curve called? What's the function equation?

The curve is a density function. The idea is the following. From your first picture, assume that the angles of the rays are spaced evenly, the angle between two rays being $\alpha$. I.e. the nth ray has angle $n \cdot \alpha$. The nth ray's intersection point $x$ with the line then follows $\tan (n \cdot \alpha) = x/h$ where h is the distance of the line to the origin. So from 0 to $x$, n rays cross the line.

This curve is called a Cauchy distribution.

where $d$ is related to the intensity and $H$ is the distance of the source point from the line. 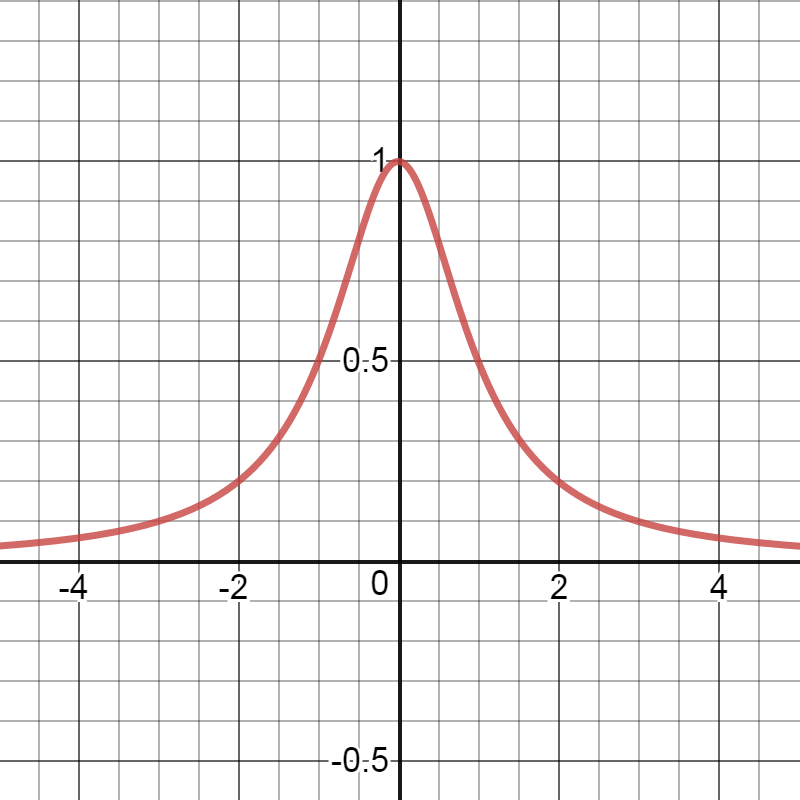 This is also known, especially among we physicists as a Lorentz distribution.

We know that every point on the line has the same vertical distance from the source point. Let's call this $l_0$. We also know the ratio of the horizontal component of the distance to the vertical component is $\tan(\theta)$, where theta goes from ${-\pi}\over{2}$ to ${\pi}\over{2}$ in the increments given. So horizontal distance=$x=l_0*\tan(\theta)$.

We know theta is uniformly distributed, so we can divide both sides by $\pi$. Now the probability of a given $\theta$ falling between $\theta$ and $\theta+d \theta$ is equal to the function of $x$ on the left.

Not the answer you're looking for? Browse other questions tagged geometry graphing-functions or ask your own question.

3
proof of the fact that the set of points equidistant from sides of an angle form a bisector of the angle
0
How to generate a 3D spherical symmetric object from a 2D circular graph
0
Angle between two gradient
2
Is there a convex curve that doesn't have a tangent line at countably infinite points?
2
How to find the final angle of a car after steering?
0
How to convert intersection of two lines into an arc?
0
Decomposition of a plane