Do you know the Cantor set? Perhaps you can construct a continuous function $f$ on $[0,1]$ so that: 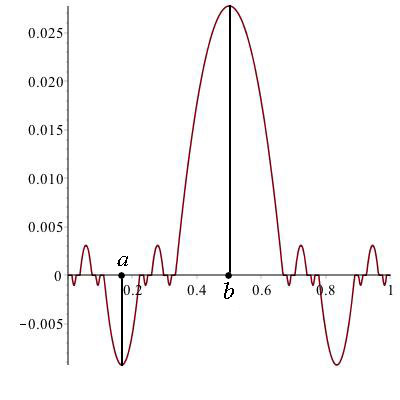 However, the requirement that $f$ vanishes between $s_1$ and $s_2$ is generally not possible to satisfy for smooth functions. Now we can no longer simply choose $s_1=\min Z$ and $s_2=\max Z$ — and indeed there are functions for which no choice works. For every closed subset $C\subset(a,b)$ there is a smooth function $f\colon[a,b]\to\mathbb R$ so that $f(a)<0<f(b)$ and $f^{-1}(0)=C$. (See this MathOverflow question. I will not go into the details here.)

On yet another note, your claim is true if $f$ is real analytic. Now there are finitely many zeroes and they are isolated. (The zeroes of a non-constant analytic function cannot accumulate.) Isolation implies $s_1=s_2$. This zero needs to be such that $f$ is negative left of it and positive right of it (near the point).

Edit: I see now that having an interval around the endpoints of the zero set is too strong. The claim is not true for continuous functions.

Note how important compactness is in this argument.