Existence and Uniqueness of solutions

I'm pretty confused about this topic in Differential Equations. It's a simple topic, but I just can't get the gist of it.

for number 1 a unique solution exist near $x = 0$, but for 2 uniqueness is not guaranteed. Please explain, boggles my mind.

We know that Picard gives sufficient conditions for the existence of a unique solution: 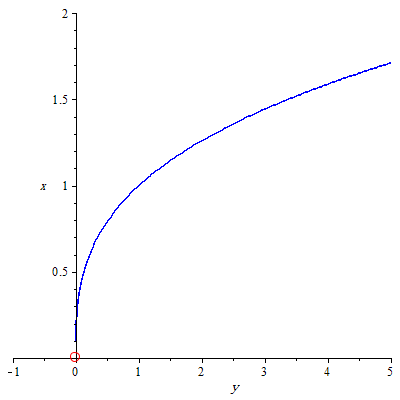