Does this manifold have a name?

EDIT: In an attempt to not let the bounty go to waste, I will consider responses that give reasonable guesses of what the involved surfaces are, WITHOUT requiring parametrizations.

While using Mathematica to alter manifolds and numerically verify the Gauss-Bonnet Theorem, I generated the figure whose pictures I've attached in this post (multiple perspectives of the same shape are provided).

Does anyone know whether it is a known manifold with a name?

After much reading, my biggest guess is that this is a pseudosphere glued to a duplin cyclide - however, I am having trouble knowing this for sure. I do not even know how I would go about proving this.

Note that I plotted some of the normal vectors on its surface and it appears that normal vectors in the pseudosphere-like region point INTO the surface, whereas other normal vectors point out. Perhaps this could be useful information.

Since this is a question with a bounty on it now, I should know what this 2D surface is with certainty.

For your convenience, I have a link to MATLAB and Mathematica files that have manipulable figures here: https://1drv.ms/f/s!Ak6chxAgMs9Pg_tYixvFy6MfO9531A

Here are some animations that show sections of the surface (I change parameters in a fixed frame so that you get certain perspectives inside the surface as it leaves the fixed frame).

Here are some static images (essentially screenshots from the models in the link above): 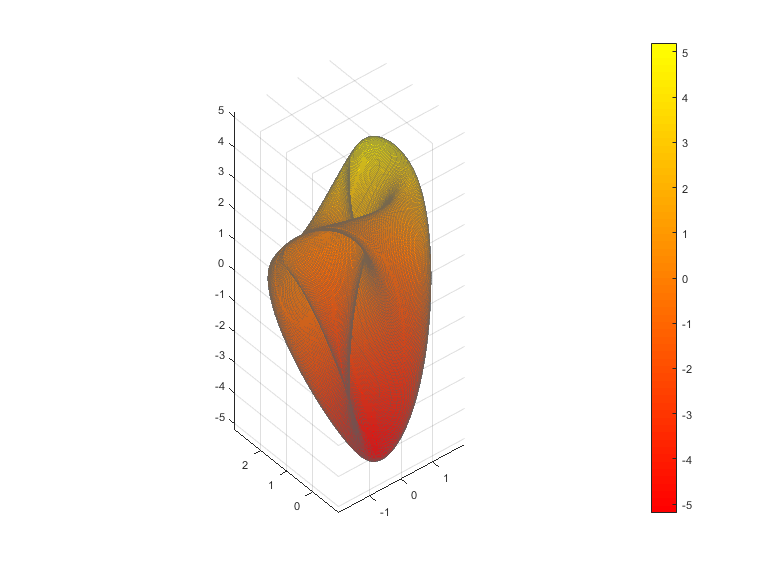 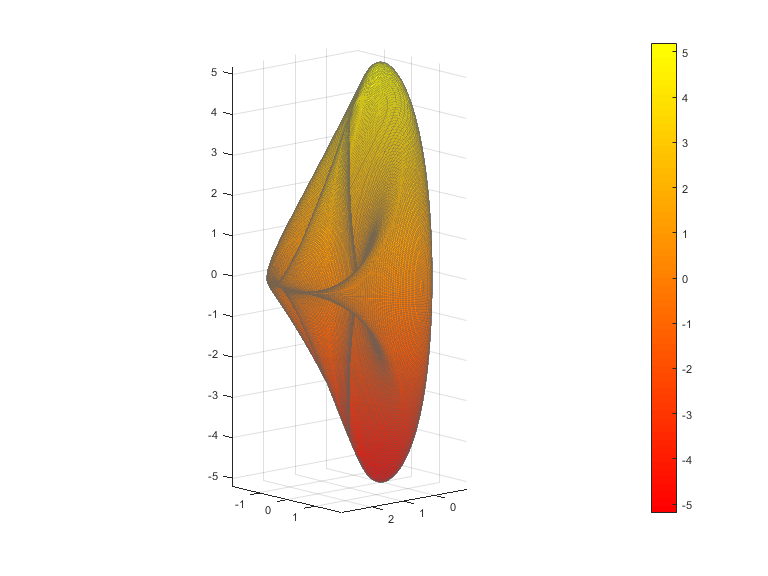 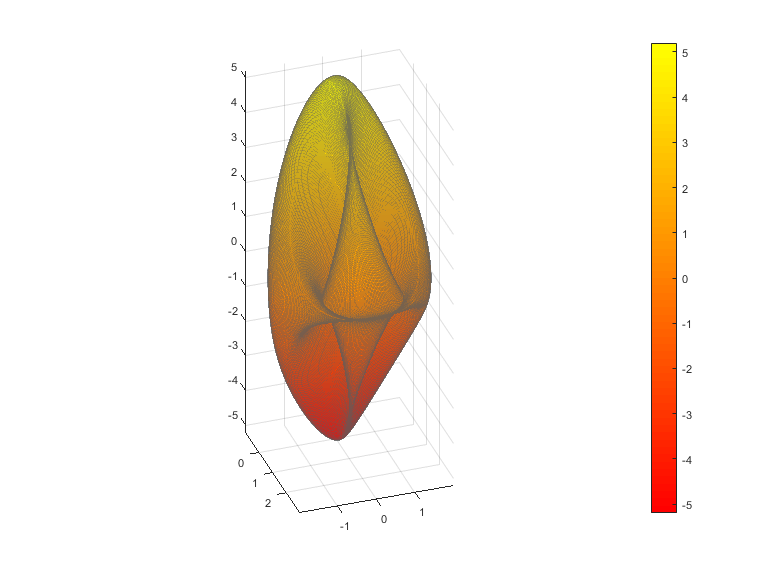 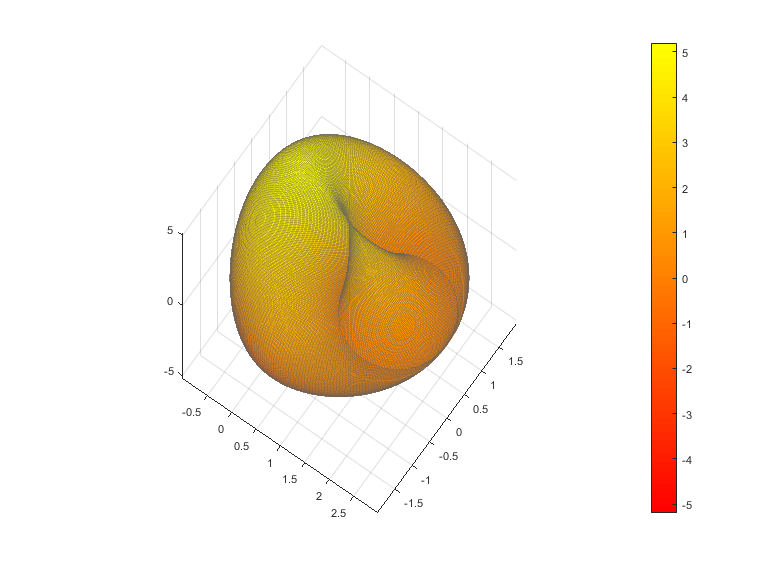 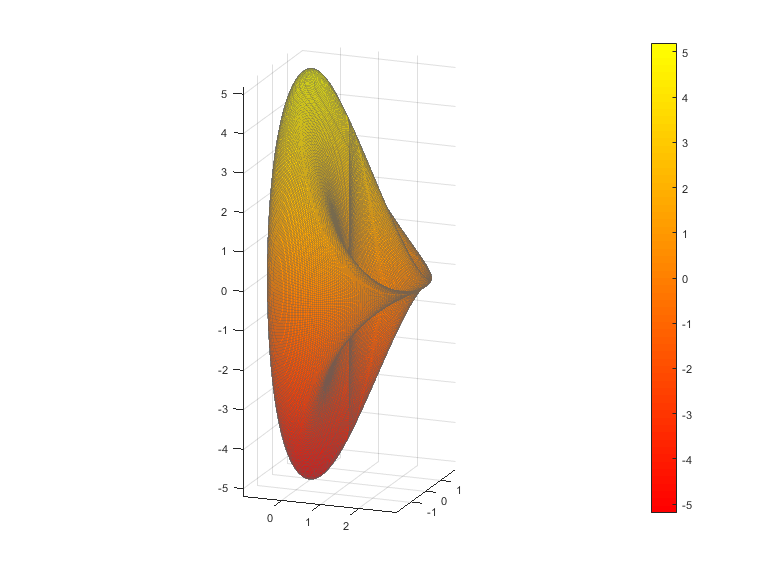 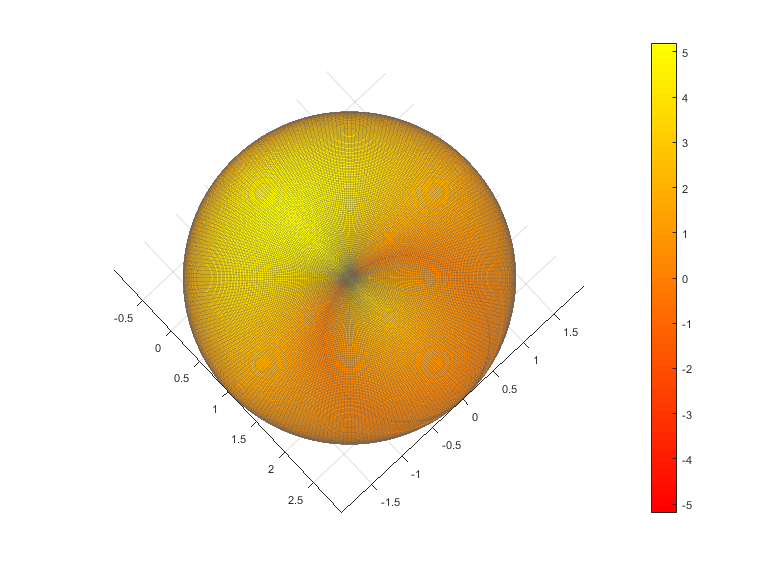 5
Surfaces of revolution - Problem
0
Confusion about Surfaces, Normal Vectors in $R^n$
1
Why is the cross product of partial derivatives of a parametric surface give the normal vector?
0
If exists two-form not null in $S$, so $S$ is orientable
1
A sphere can be everted, but a spherical vector field can not - why?