Given two adjacent sides and all four angles of a quadrilateral, what is the most efficient way to calculate the angle that is made between a side and the diagonal of the quadrilateral that crosses (but does not necessarily bisect) the angle in between the two known sides?

Here is an awful sketch I made of the problem: 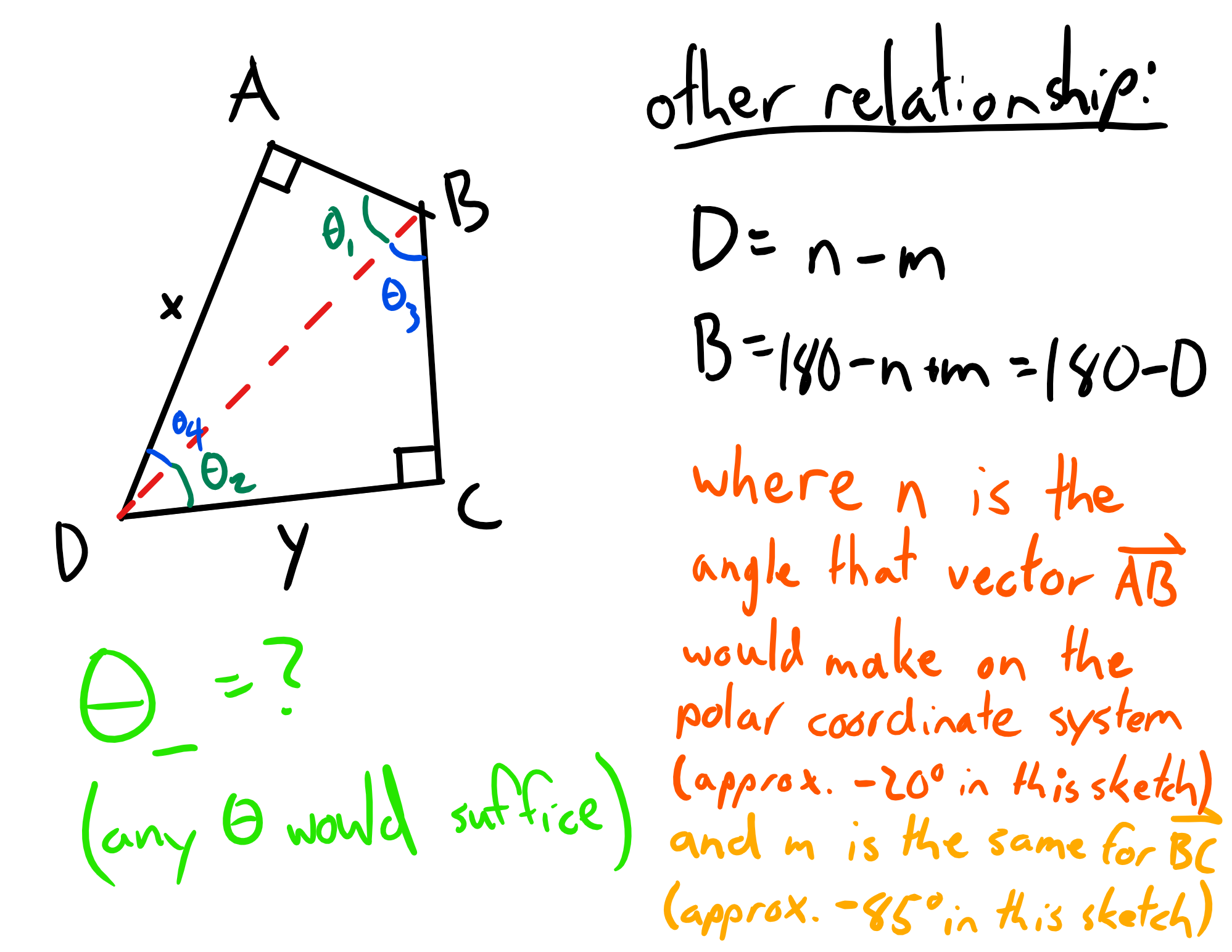 In equivalent terms: complete the quadrilateral, notice the relevant proportions then remove the attached pieces.

Well, your quadrilateral can be inscribed inside a circle, since the sum of opposite angles is 180, so the angle $\theta_1$ is equal to the angle $ACD$, that can be computed through 1 cosine rule and 1 sine rule.

and don't call your sketch awful. It's quite pretty ;)

3
How can I calculate calculate two internal angles of a quadrilateral given the lengths of both diagonals and two opposite sides?
0
Solve an Angle-Side-Angle special case triangle if it has an obtuse angle?
3
Quadrilateral: How to calculate equal length ratios on the edges from a given length ratio on the diagonal?
1
Figuring out angles and lengths of irregular quadrilateral
3
Given one side and the opposite angle, how to show the area is a maximum when the triangle is isosceles?
0
Solve for quadrilateral with minimal difference between interior angles
1
When solving an SAS triangle, why do you have to use the law of sines to find the angle opposite of the shortest remaining side?
0
Solve irregular quadrilateral with all sides and one outer angle
6
Find fourth side of quadrilateral given three sides and two angles