where $[\quad]$ represents the floor function.

A graphical approach will help here. My observation is that all the areas on the positive and negative cancel out leaving a portion of area on the negative $x$-axis.

I add one more sub part.What happens when it is "least integer greater than" that means ceiling function. 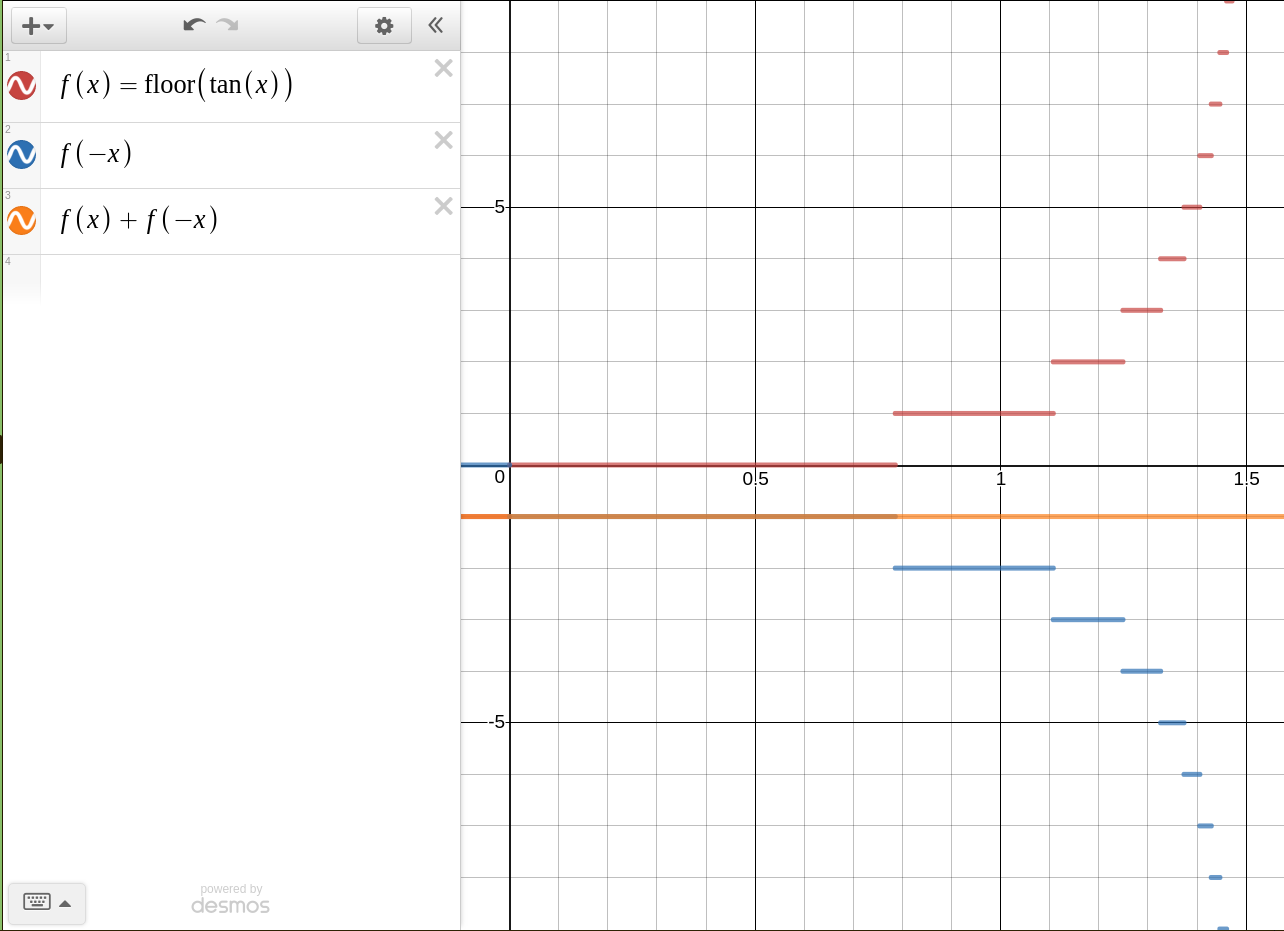 On a cooler note, you can actually do this with any odd function (as long as the function doesn't take on the integers in any sizeable domain) as in general for $y$ is not an integer, we have $$\lfloor y \rfloor + \lfloor -y \rfloor= -1$$

Edit: To answer your question about the ceiling function, try to do the same type of thing based on the observation that the following holds when $y$ is not an integer $$\lceil y \rceil + \lceil -y \rceil = 1$$

Consider the function $\{\tan x\}$ (where the braces denote the fractional part of the argument).

As the plot has a central symmetry (the grapher spends a hard time with it), the areas under the curves are complementary to each other and add up to half of the rectangle area, i.e. $\dfrac\pi2$. 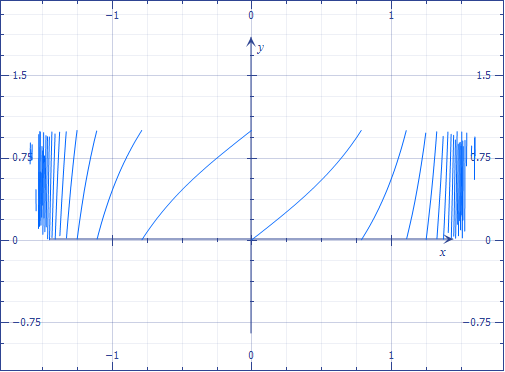 For the ceiling, just observe that $\lceil x\rceil=-\lfloor-x\rfloor$.

0
Integrate linear function over spherical triangle
1
Evaluation of $\bigg[ \lim_{x\to 0} \frac{e-(1+x)^{1/x}}{\tan x}\bigg]$
3
Tom Apostol - Calculus Vol. 1: Method of Exhaustion in Introduction
0
Riemann sum total distance, with sign change, seems to be 2 solutions.
2
From Single-Variable Integration to Multivariable Integration: What Happened to the "Problem" of "Signed/Net Area"?
2
Finding $ \lim_{x \to \pi} \operatorname{sgn}[ \tan x]$
1
Double integration in a region extending below the x-axis
7
Prove that the integral of a rapidly oscillating function is $0$