Given orthogonal vibrations, how can I find the magnitude and direction of the major axis of the resulting ellipse?

In my work, I am using a vibration table to test the resonant properties and survivability of a structure under different shaking regimes. The table is driven by an eccentrically weighted rotary motor which excites vibrations in the Y and Z axes (green and blue respectively in the image below). 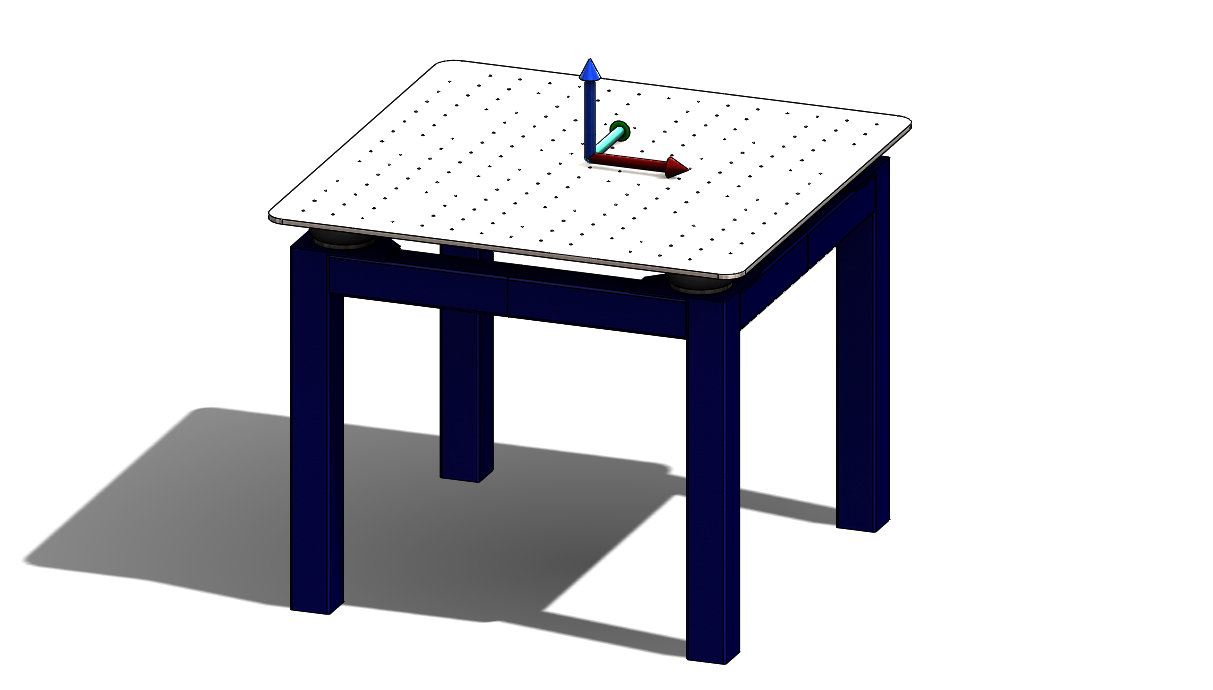 Using 3-axis accelerometers on the table and at various points on the structure, I can record the excitation and response vibrations in each axis (example plot at 20Hz below). 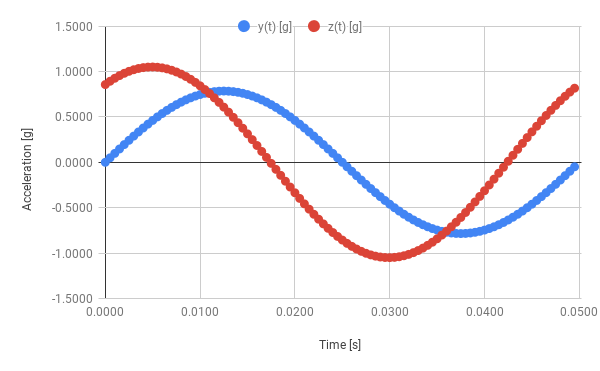 However, two sinusoids of differing amplitudes and phases define an elliptical polarization (the same data as above is plotted parametrically below). 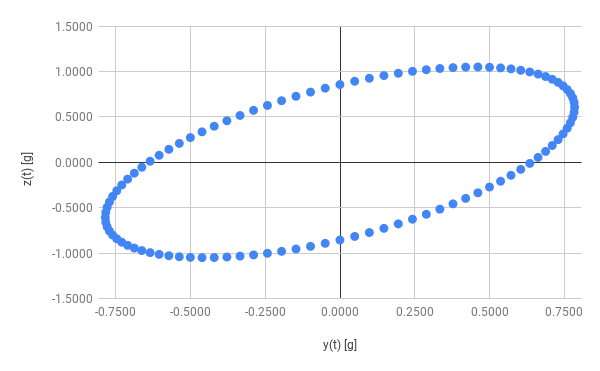 My goal is to know the direction and magnitude of the major radius of the acceleration ellipse, so that I can better align my structure in the direction of strongest vibration.

What I've Tried So Far

Based on the process discussed in this article, I’ve attempted to simply set the two forms equal to one another and solve for $A$, $B$, and $\theta$ as functions of $Y$, $Z$, and $\phi$. However, that process has yielded inconsistent results, and none of them seem to agree with the ellipse as I’ve plotted it.

I also have a gut feeling that the major and minor radii correspond to the eigenvalues/eigenvectors of some transformation matrix, but I have no idea how to go about constructing said matrix.

It’s fairly easy to convert your parametric equations to an implicit Cartesian equation. Once you have that, you can use a variety of methods to extract the ellipse’s parameters. To reduce clutter a bit, I’ll set $\omega = 2\pi f$.

From here you could proceed by constructing the corresponding symmetric matrix and then computing its eigensystem, but you can save yourself a quite a bit of work by using fairly well-known formulas. In terms of the general conic equation $Ax^2+Bxy+Cy^2+Dx+Ey+F=0$ we have $$A = \frac1{Y^2} \\ B = -2{\cos\phi \over YZ} \\ C = \frac1{Z^2} \\ D=E=0 \\ F=-\sin^2\phi.$$ Set $\Delta = B^2-4AC$. Using the formulas from the ellipse article on Wikipedia we have $$\tan\Theta = {C-A-\sqrt{(A+C)^2+\Delta} \over B}$$ for the inclination of the ellipse’s major axis from the $x$-axis. With that angle in hand, you can determine the semiaxis lengths by applying the inverse rotation, intersecting the line with this direction and its perpendicular with the ellipse, or just using the formulas from the same source. Most of the terms vanish, leaving $$a,b = -{\sqrt{2\Delta F \left(A+C \pm \sqrt{(A+C)^2+\Delta}\right)} \over \Delta}.$$ I’ll leave plugging in the values of these coefficients and simplifying to you.

My goal is to know the direction and magnitude of the major radius of the acceleration ellipse, so that I can better align my structure in the direction of strongest vibration.

I also have a gut feeling that the major and minor radii correspond to the eigenvalues/eigenvectors of some transformation matrix, but I have no idea how to go about constructing said matrix.

Not the answer you're looking for? Browse other questions tagged geometry trigonometry conic-sections parametric or ask your own question.