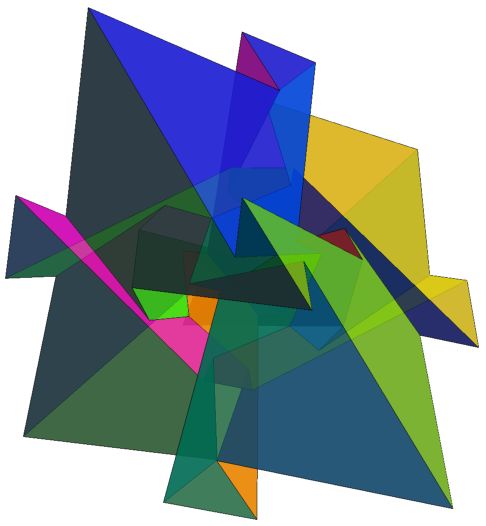 Could it possibly be 15, with Foster graph F040, which I call the Moving Day graph after Loyd's Moving Day puzzle? If so, how can those octagons be made planar to contain a 3d-printable space? Or is it some other graph? Perhaps 24 octagons can be linked together in a way similar to the 24-cell? 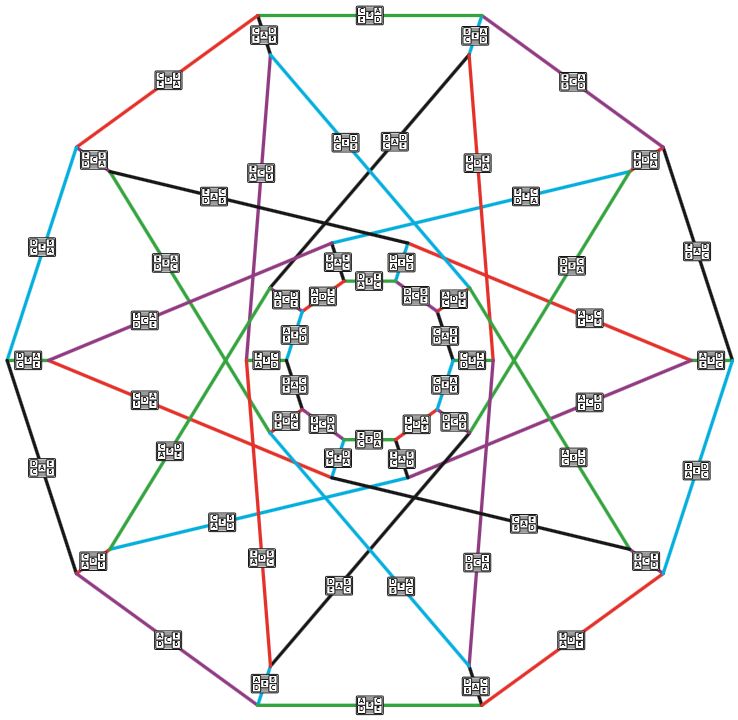 Anything between 12 and 24 for heptagons?

I believe I have an answer to one of your many sub-questions, and here it goes:

No, the minimum for octagons is neither 15 nor 24.

This guy has 12. Each face is one of the following shapes:

The geometric symmetry is relatively low ($\bar4$ in Hermann–Mauguin notation).

The construction details are below:

Take this one (left), overlap is with a tetrahedron (right): 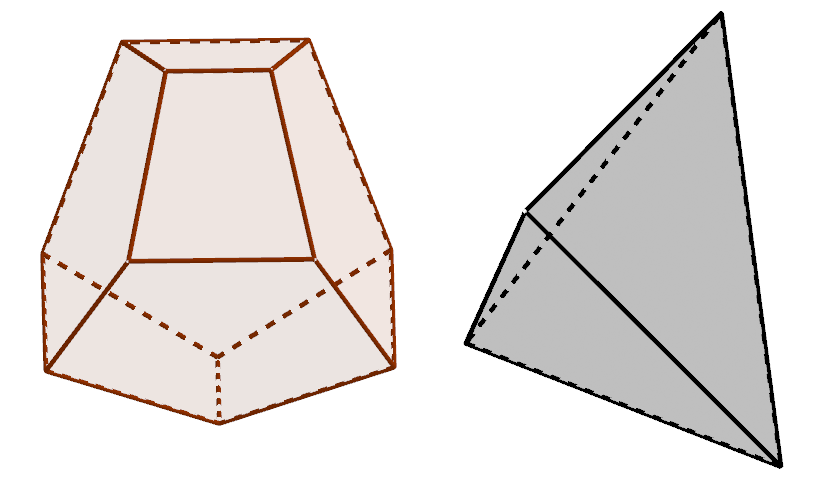 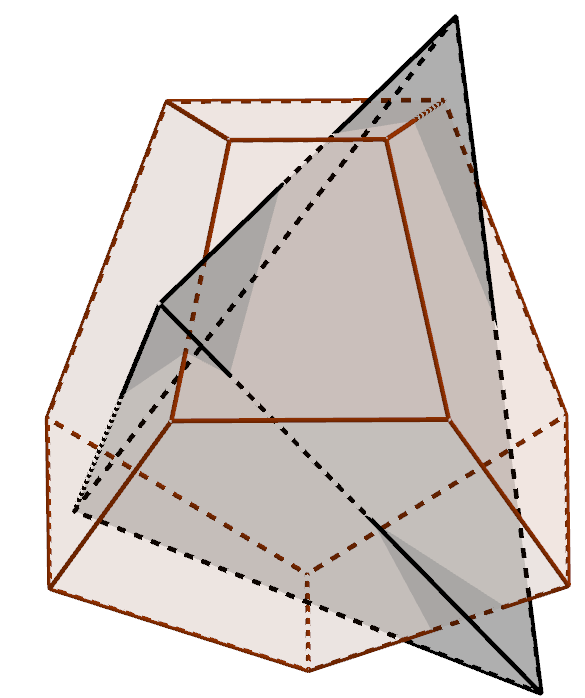 Then subtract the tetrahedron from the other one. 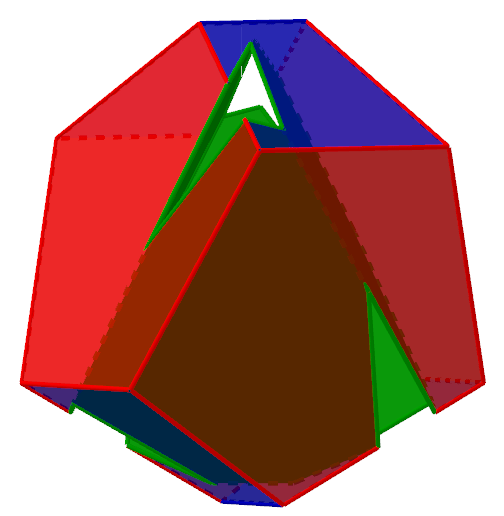 Going against the customs of this site and my own habits, I decided to add another answer to the same question, because I can't think of a better place where to put this. Strictly speaking, it is an answer to a different question, which the OP did not ask, but probably had in mind.

Behold the figure made of twelve 11-gons.

Each face is one of the following shapes:

The geometric symmetry, believe it or not, is again $\bar4$.

The construction details are below:

First we take a prism made out of a concave quadrilateral. 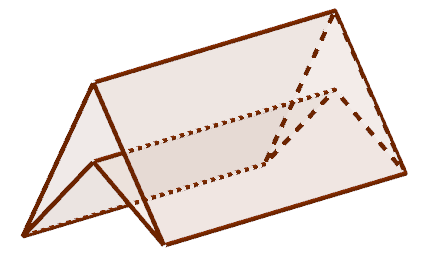 Then we add another such beam in a criss-cross fashion, so that their sharp edges cut into each other a bit. 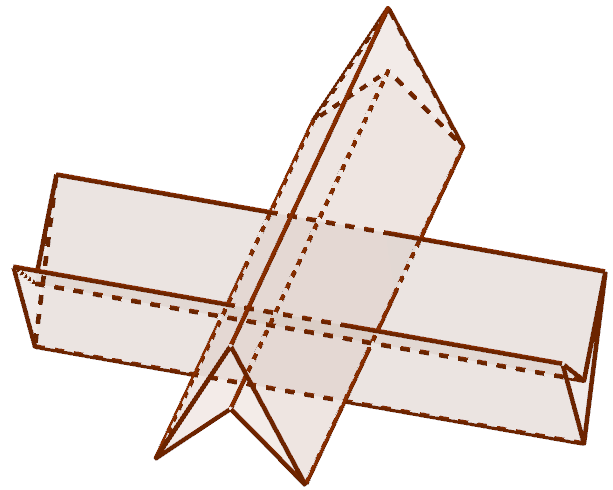 And finally we cut a hole of this shape in a tetrahedron. 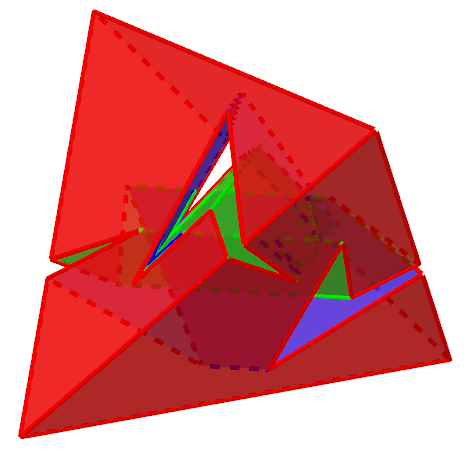 Topologically this is a sphere with six handles, just as it should be.

Not the answer you're looking for? Browse other questions tagged sequences-and-series graph-theory 3d polyhedra solid-geometry or ask your own question.

4
What is the minimal coloring of a planar graph with swaps?
2
Computing the point which is closest to many Planar surfaces
10
What is the minimal isoperimetric ratio of a polyhedron with $5$ vertices?
11
Possible all-Pentagon Polyhedra
3
All the 2-d polygons that can be used to form 3-d polyhedrons
13
Why does a convex polyhedron being vertex-, edge-, and face-transitive imply that it is a Platonic solid?
1
Is there a connection between minimal surfaces and tree graphs?