I completely understand basics of polynomial functions, which includes how to solve one, draw it on graph, find zeros and poles, asymptote, etc. 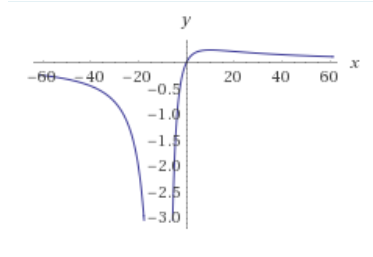 Double pole at $-10$ makes function approach that point from both sides, while never reaching it. Simple zero at $0$ means that function crosses x-axis at $x=0$.

But I don't quite understand transfer functions, that are being plotted on Bode graph, though. 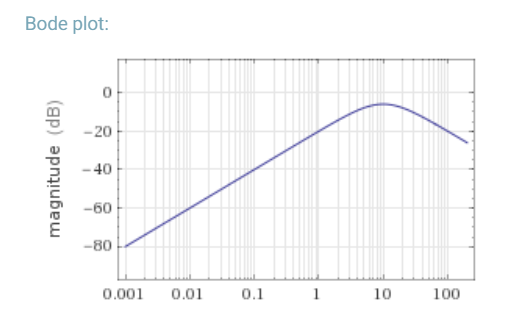 Here, double pole at $-10$ doesn't "divide" a function into two separate parts but affect curvature of a curve. Same holds true for a pole at $0$.

Due to $log$ scale of x-axis, we are not able to plot a graph below zero but rather approach it.

The problem that confuses me here is that a pole in first example doesn't play the same role as in the second example. And same for zeros in both examples. Why is it so? Why graphs of functions of both examples differ so much, when both functions are so similar to each other?

There is not so much math in the answer I gave you. You need just to be able to compute the magnitude of a complex number as $\vert z\vert=\sqrt{zz^*}$ and to understand that the substitution $\omega=10^x$ reparametrizes the function with the log parameter $x$. Then you need to take the log of the value of the function if you want to have also the $y$-axis in log scale (and then, optionally, multiplying by $10$ to pass from bel to decibel and again by $2$, as is the engineering practice, to pass from the signal power level to the signal rms value).

That said, please think a little bit on whether it does make sense to compare what you are comparing. Even though $f$ and $H$ have the same analytical expression they are two completely different functions. $f$ is real-valued and its domain is in the real line, while $H$ is complex-valued and its domain is in the complex plane. So the first inconsistency is in trying to compare the value of a real quantity with a complex one. In that doing you chose to take the modulus of the complex quantity in order to compare it with the real quantity. But why? You could have chosen, for instance, the real part, or why not, the phase or the imaginary part. The second inconsistency is due to the fact that you are comparing the functions on different sets: $f$ on the real line, $H$ on the imaginary line.

All that said, let's see what's happening to address your concerns in your comment. $f$ is the restriction of $H$ to the real line (precisely, to the intersection of the real line with the domain of $H$). That is, you have the same plot of $f$ if you plot the modulus (or the real part) of $H( \sigma)$, where $\sigma\in\mathbb{R}$, that is, on $s=\sigma+j\omega$, putting $\omega=0$. Please note that the imaginary part of $H(\sigma)$ is identically $0$, that's why it does not matter what you choose to plot between the modulus of $H(\sigma)$ and its real part.

divided by the product of

Now you can "see" where your second plot comes from and how its curvatures and slopes are affected by the pole that brokes the first plot and and zero that makes it cross the $x$-axis. Inspecting the magnitude of $H$ you have that:

2
Picking the scale for a graph?
0
Graph of a higher-order function
0
Prove of transfer functions in the Laplace and complex frequency domain
0
Picturing different functions in the complex plane
1
How to plot complex poles/zeros into Bode plot?
4
Graphing rational functions (and asymptotes)
0
What is the correct shape of the sine integral?