Proving the orthocenter, circumcenter and centroid of a triangle are collinear.

I just had a problem on a test related to Euler’s Line theorem, (Euler Line Theorem: The orthocenter H, the circumcenter O, and the centroid G of any triangle are collinear. Furthermore, G is between H and O (unless the triangle is equilateral, in which case the three points coincide) and HG = 2GO.) On the test problem, the professor gave us diagram of a triangle with three points in the interior of the triangle. The question said,

“Use the following diagram to prove synthetically that the circumcenter O, the centroid G, and the orthocenter H of a triangle are collinear.” Nobody in the class got full credit on it. He said it should be done this way: Draw a line segment from O to G, and extend it such that OG=1/2 GH. Then prove that H is the orthocenter. This didn’t sit well with me, and I don’t know what to think about his method.

Any help would be greatly appreciated. This is really nagging at me.

The proof you described is perfectly valid: it follows from the similitude of triangles $AGH$ and $MGO$ (see diagram, where $M$ is the midpoint of $BC$), which in turn implies $OM\parallel AH$, so that $AH$ lies on the altitude from $A$ (and the same can reasoning can be repeated for $B$ and $C$). Triangles $AGH$ and $MGO$ are similar because $AG/MG=HG/OG=2$ and $\angle AGH=\angle OGM$ (SAS criterion).

Constructing point $H$ on line $OG$ and then showing that it is the orthocenter is indeed a very simple and clever way to avoid a direct collinearity proof. Compare it, for instance, with the proof given at cut-the-knot, which is more cumbersome. 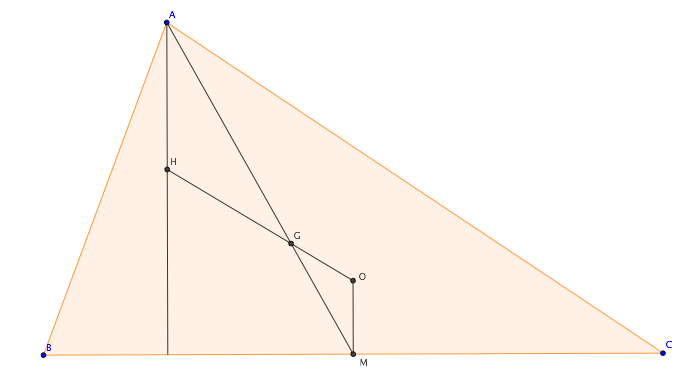 Here is sketch of a different way to prove it.

Find the midlines of ABC. 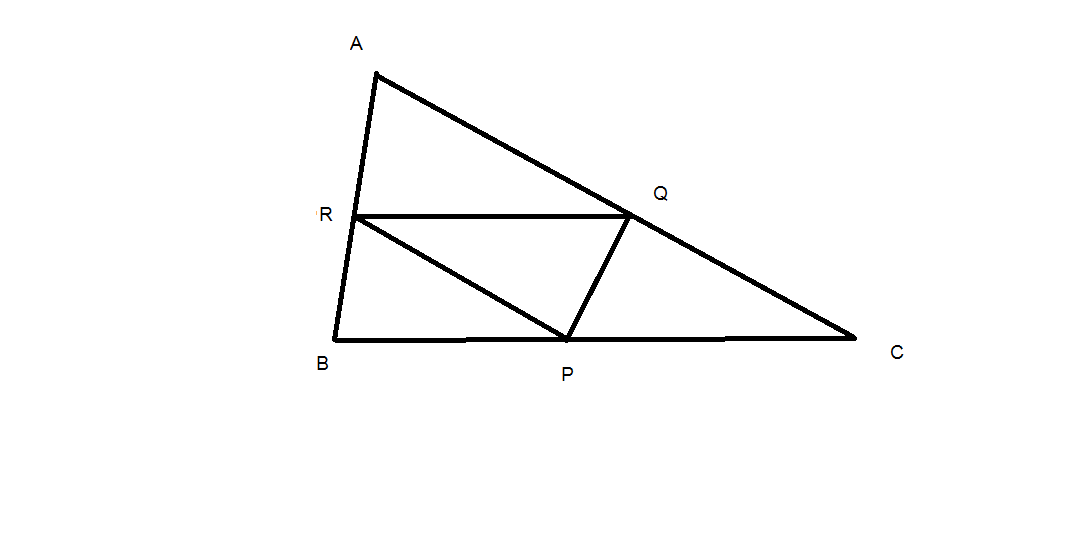 PQR is similar to ABC