Study the convexity of Mean Squared Error with regularization

I want to study the convexity of the Mean Squared Error with regularization loss function. I am using an artificial neural network to compute the output.

where $t_j$ and $o_j$ are respectively the target and the output of the $j^{th}$ output neuron of the network. $w$ are the parameters. $\lambda$ is the regularization term.

Intuitively I can say that the function is neither convex nor concave, since there are several local minima. In detail...

for example, at the first layer of the neural network it is computed

Here is when I break my analysis saying that the whole function is neither convex nor concave, depending on the activation function:

I don't believe this analysis is sufficient, how can I improve it?

Here's at least a partial answer to what you're asking, I think.

You want to know whether or not the function $E$ is convex in $w$ if we take the activation function $f$ to be $\operatorname{ReLU}$.

However, we can plainly see that this function is not convex: 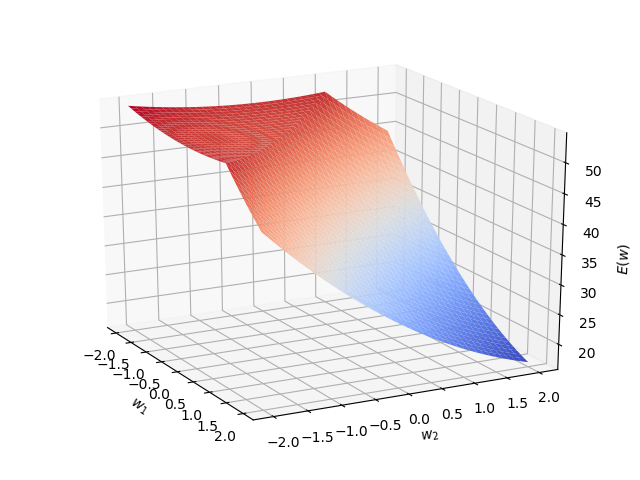 32
The composition of two convex functions is convex