The question rises form the needing of plotting the function 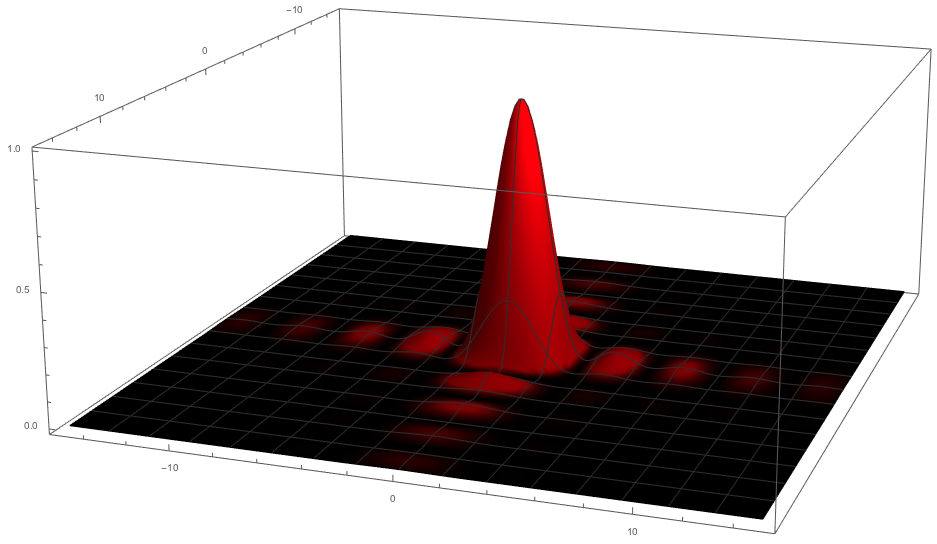 Now I would like to give a nice representation of the function by scaling the central spike (or equivalently the rest of the function in order to make the hight of subsequent fringes of interference. Initially I thought to scale the plot in the circle around the origin which contains the central spike, but this does nor really work well since it changes the relative scale in a discontinuous way, which results in a bad behaviour in the plot 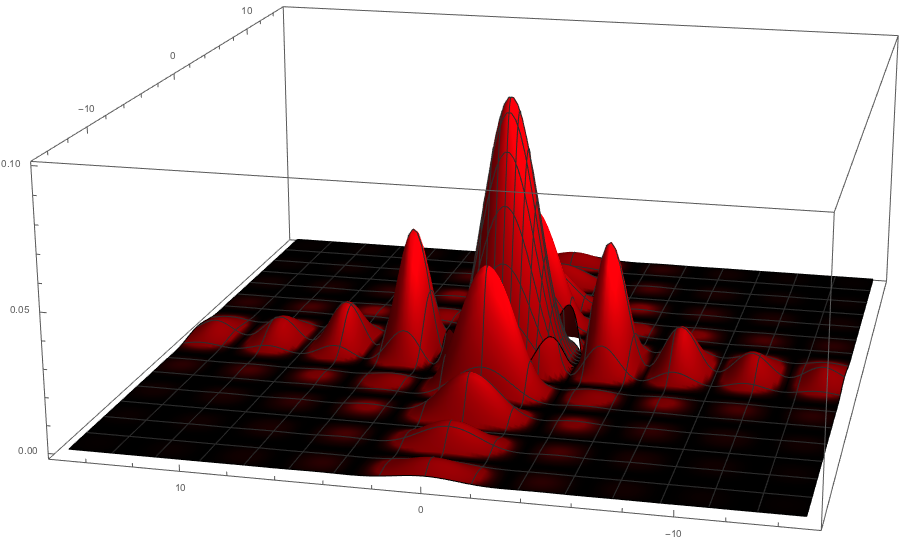 So I thought that there could be a continuous function which can do the job I want, something for example like \begin{equation} {\rm scalingF}\left(x, y\right) \sim A\left(1-e^{-B\left(x^2 + y^2\right)}\right), \end{equation} 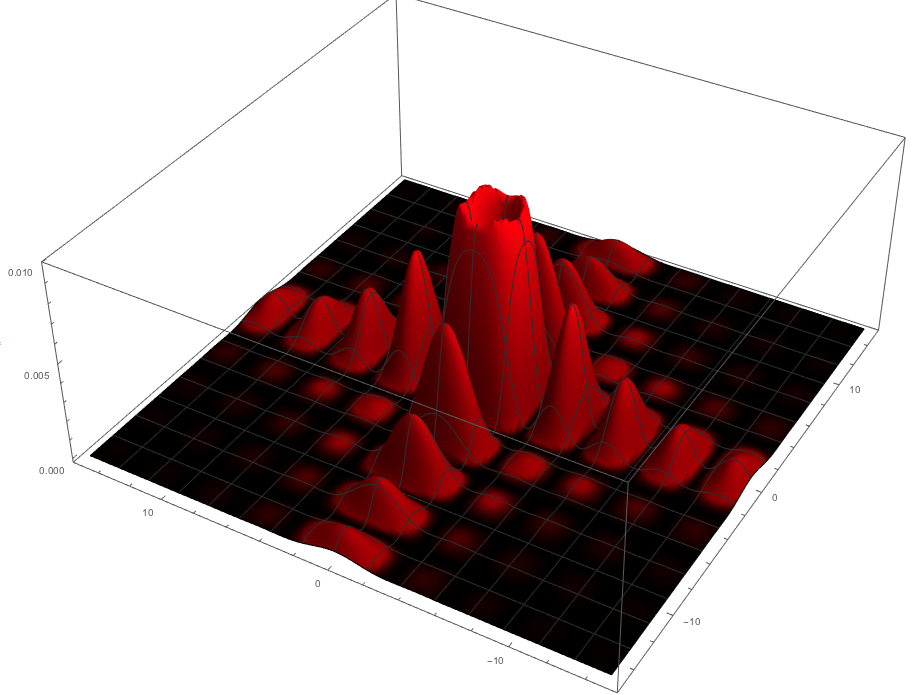 Does anybody know a way to scale just a part of this function maintaining it continuous and with a much more similar shape to the initial one (meaning that the profiles of the wave should remain the same)?

Thanks for your attention!

Your Gaussian idea is interesting; the reason it doesn't work is that the scaling function vanishes at $(0,0)$. To fix this, how about simply adding $1$:

Now, maybe you want to preserve the height everywhere except near the origin. In that case, we just scale down again (and I've used $A - 1$ as a multiplier instead of $A$ so that it's a bit cleaner):

This will scale the origin to $1/A$ its original height while preserving the periphery.

So, I started considering that the gaussian curve is not precisely what I did need. In fact the scaling with this function tends to create an "inverse spike" in the function, rather than scaling with the same height all the point of a function in a certain circular/squared region. This behaviour can be easily visualised by plotting the suggested function from @Théophile with A and B parameters set in order to scale enough the whole graph except from the central spike: $$I\cdot{\rm scalingF}\left(x, y\right) = I\cdot\frac{(A-1)\left(1-e^{-B\left(x^2 + y^2\right)}\right) + 1}A$$ will produce (e.g for $A\gg1$, because I need a big scaling factor, and $B\approx.1$ as I just need a small region centered around the origin) 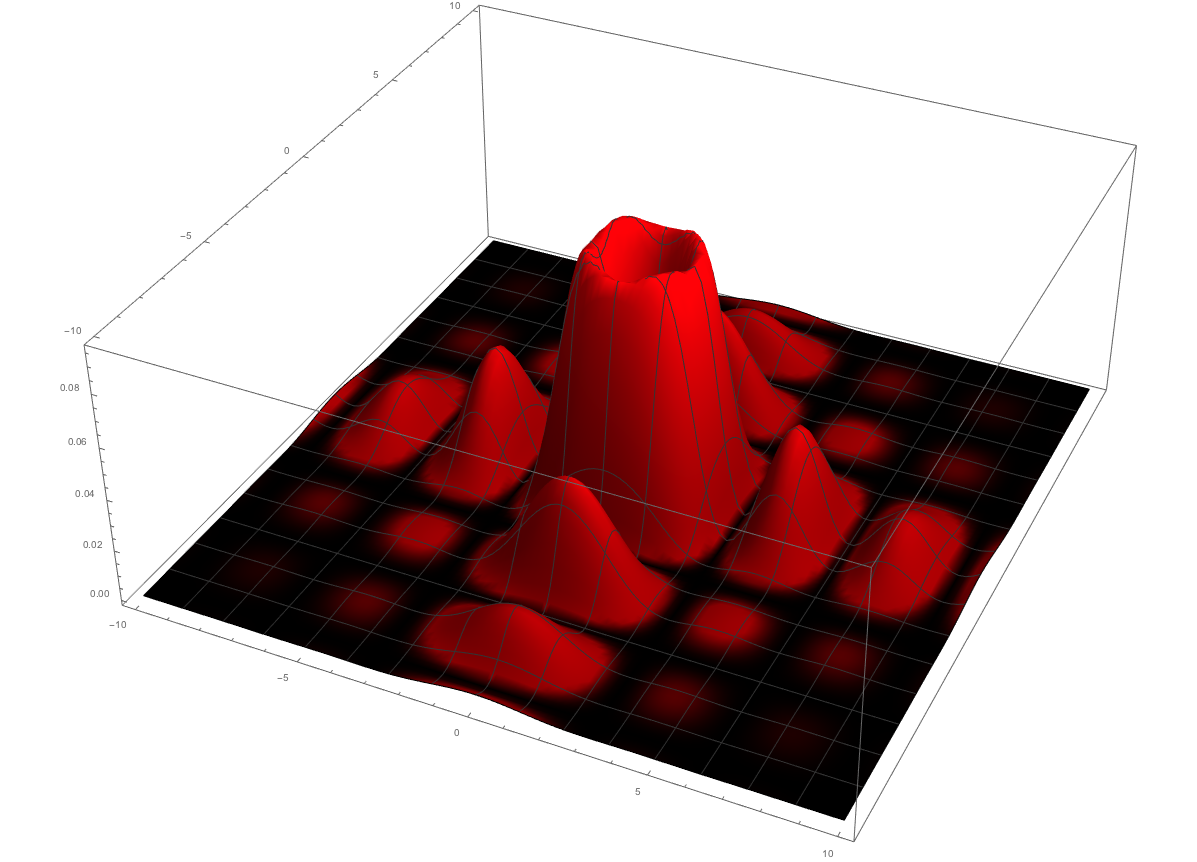 That's because it's scaling the center to $1/A$, but the stuff around is not scaled the same nor less, but more.

Then a function which stays the same for and interval and then grows really fast is needed. Plus, the region not around the axes (the blackest ones) must be scaled more than the region along the axes. Now, by knowing that a $\operatorname{rect}(x)$ function will create a bad discontinuity (the first solution tried by me), I thought that the nicest solution was a "continuous" $\operatorname{rect}(x)$ function, which can easily be obtained by thinking as the sum of two $\arctan(x)$ functions "going in opposite directions" 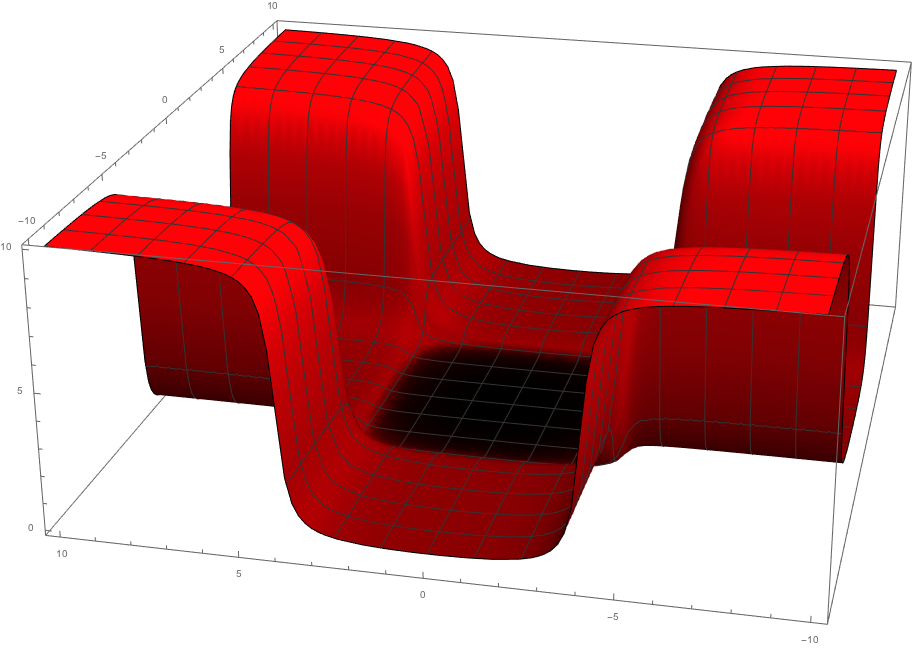 where the factor of pies control the proportion between the central spike and the rest of the scaled graph such as if they become too big the scaling quantity on the central spike will become greater than the one on the other part.

Anyway, as it clear to see from figure 3 the path along the axis is not stretched out, so it can be annoying to have the spikes far from the axes bigger than the one along the axes as you can see below 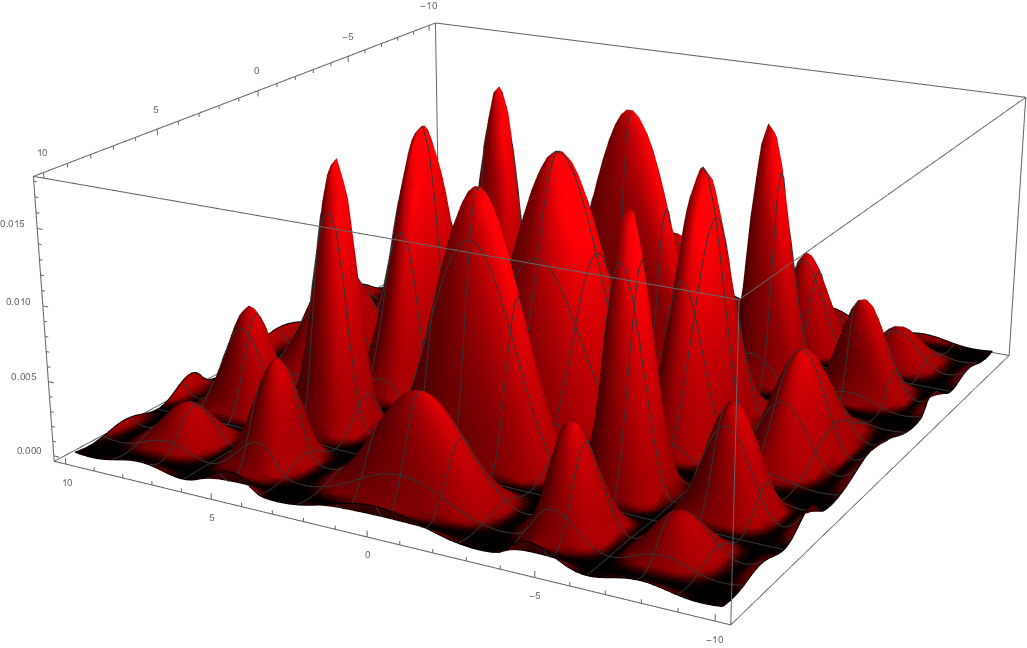 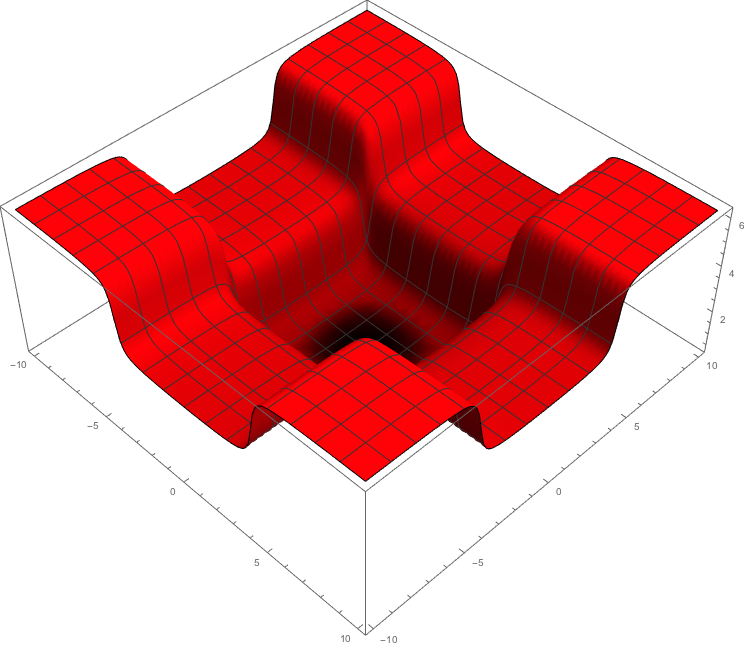 This function modulates both contents along the axes and contents outside, by cutting high intensities in the center, as it's possible to see in the final output 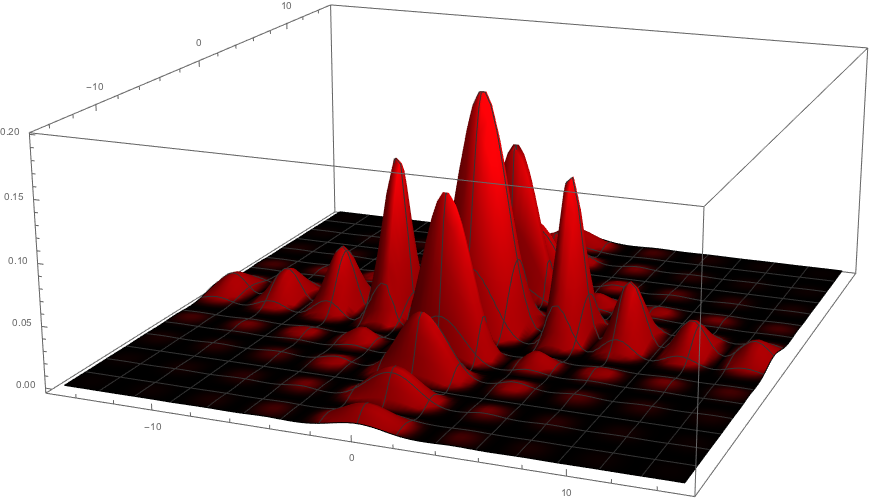