How does partition of unity imply that for a compact $D$, there is only finitely many $ \operatorname{Support}\phi_i$ that intersect with $D$?

In the book of Analysis On Manifolds by Munkres, at page 141, it is given that 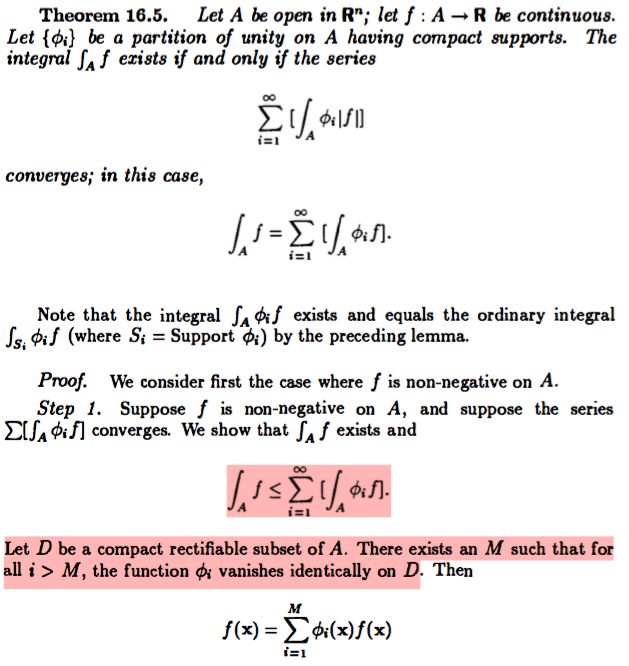 However, I think there is a problem in the existence such an $M$.

I should point out also that the very definition of $\phi$s requires that for any $x\in A$, there exists an neighbourhood of $x$ s.t only finitely many of $S_i$ will intersect with that nbd.However, $D$ possibly have infinitely many element, so I can't see how can one derive that from the local finiteness the existence of $M$.

Not the answer you're looking for? Browse other questions tagged real-analysis improper-integrals compactness riemann-integration or ask your own question.