When using vector notation in coordinate systems (Cartesian coordinates) we see that the magnitude of a vector in two dimensions is equal to the square root of its Y component squared added to its X component squared (Pythagorean theorem).
But the same calculation is done for a three dimensional vector that has X, Y, and Z components.
Is there a triangle that has four sides? (of course not, but how does this right triangle formula work for a calculation that involves more than two dimensions?).

You can think of it as doing the pythagorean theorem twice. Imagine you have the vector (x,y,z) denoted by the red line in the figure below. The magnitude of the green line is given by

and the magnitude of the blue line is $z$. So when you use the pythagorean theorem on the triangle made up of the red, green, and blue lines you get 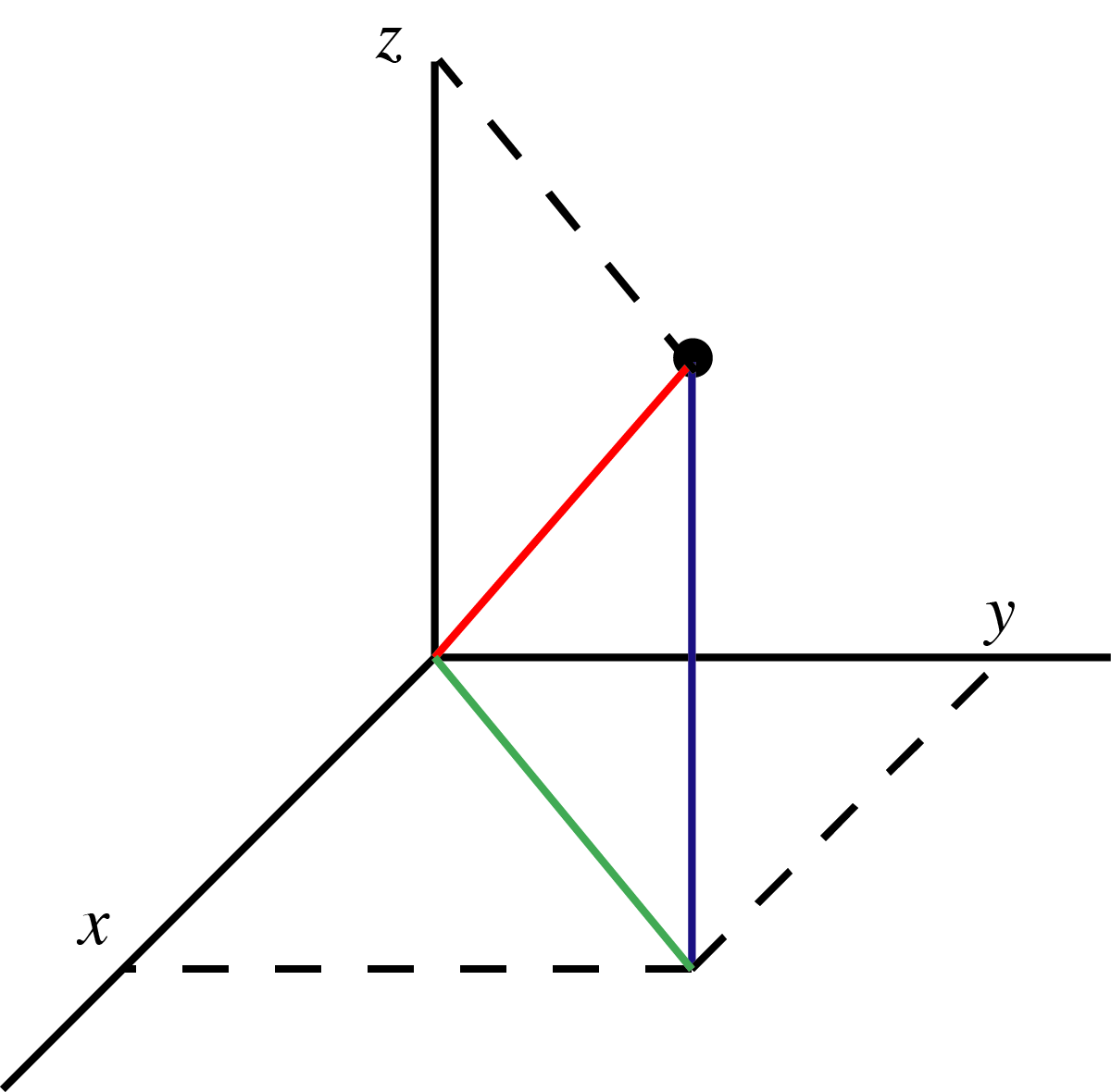 This is similar to Mr Z.'s answer, but I want to contribute my own version of the figure. 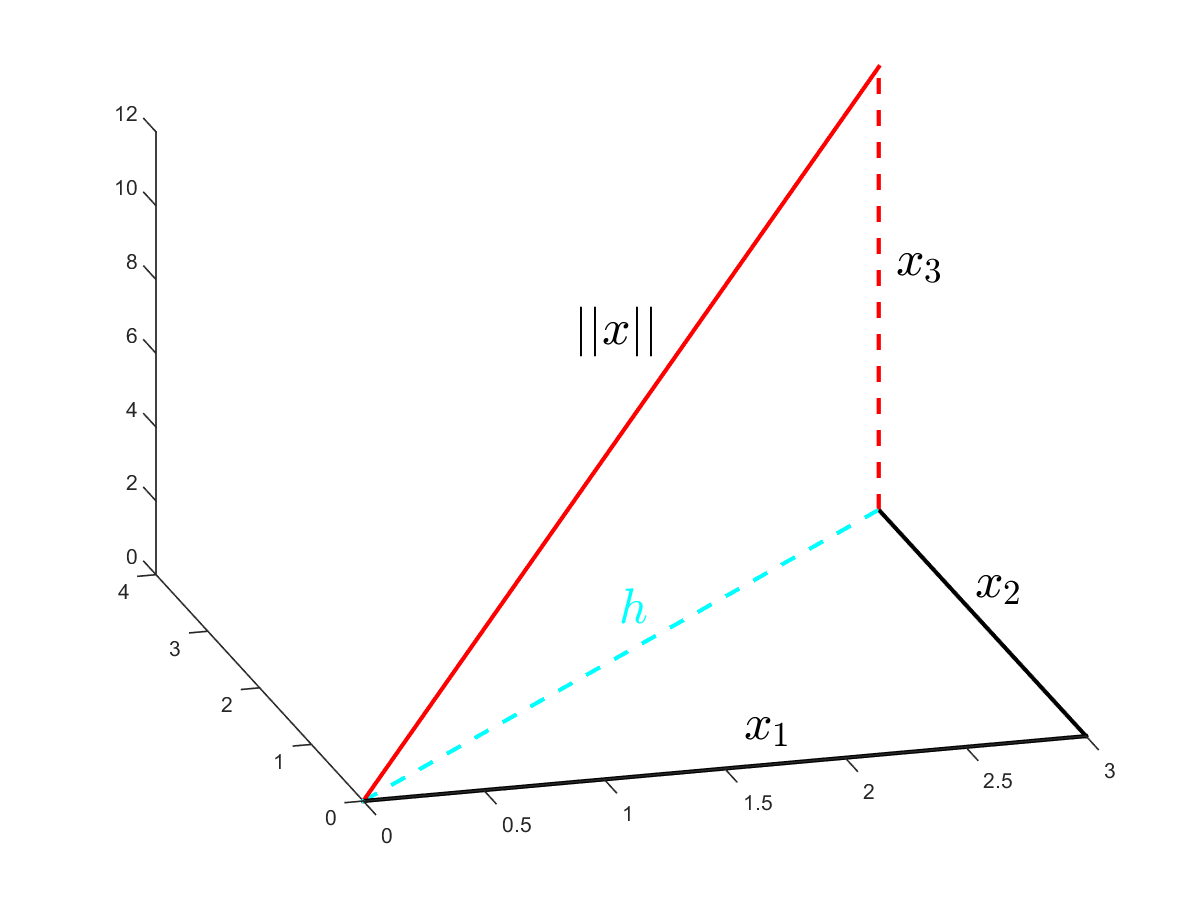 A different variation of the Pythagorean theorem in 3D: This one relates areas!

The black lines are perpendicular to each other. 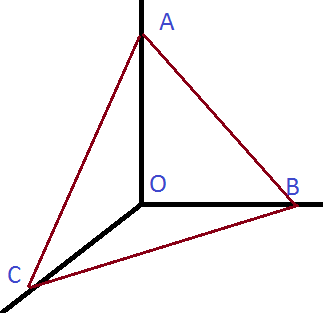 Especially for the purposes of physics, let's not make this more complicated than it has to be. Start with the Pythagorean theorem:

Now consider the same in three dimensions. Choose at random two of the three vectors, which are by hypothesis both at right angles to the third. Consider the plane those two vectors form, and note that any vector on that plane will likewise be at a right angle to the third. So then add the two vectors, whose lengths are here designated $x$ and $y$, and the length of the vector $h$ you get will be:

Now, this will be in the same plane as the first two, so it will still be orthogonal to the third vector whose length we'll call $z$. So now add this vector to the third, and the length of the sum will be:

Higher dimensions can be shown by induction.

Not the answer you're looking for? Browse other questions tagged vectors geometry or ask your own question.

6
How would Pythagorean's theorem work in higher dimensions? (General Question)
0
What is the Geometric meaning of vector norm in Rn n>3

20
Is there a dissection proof of the Pythagorean Theorem for tetrahedra?
0
Finding angles in Barycentric system
1
Strange proof of Schwarz Inequality with Pythagorean Theorem
3
Vectors vs Cartesian Coordinates
1
Dimensions in geometry
1
Magnitude of the differential arc segment in spherical coordinates
3
Contradicting Equations describing “Resultant” velocity