Can satellites moving in orbits that lie in different planes remain at the same distance from each other at all times? How can I prove that they cannot?

Satellites can revolve at different angular velocities. Both orbits have the planet's centre of mass at their centres, so their planes must intersect.

Can satellites moving in orbits that lie in different planes remain at the same distance from each other at all times? How can I prove that they cannot?

They can in at least once scenario, thus proving it false isn't possible. 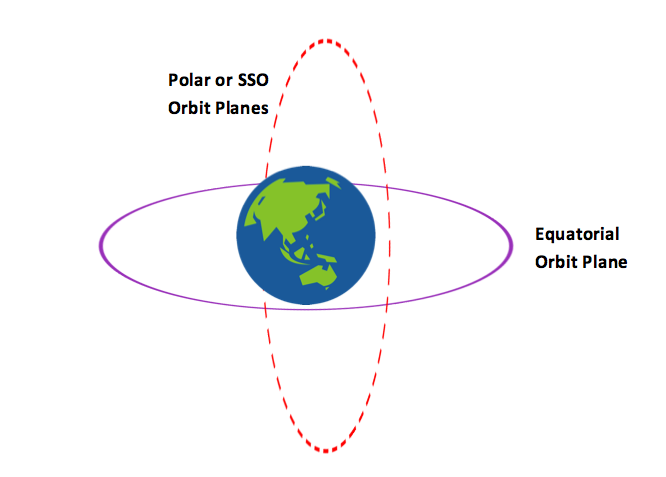 One orbit circular, the other elliptical, at 90° to each other.

It is possible for more than two satellites to do this simultaneously, so there's more than one solution.

Not the answer you're looking for? Browse other questions tagged geometry rotations or ask your own question.

10
Does apparent retrograde motion of planets begin and end at quadrature?
34
Are the points moving around a sphere in this manner always equidistant?
2
Calculate segment distance to cover before turning via a pivot
0
Somehow, I'm getting the equation of a plane when setting equal the equations of two other, non-parallel planes
2
Intersection and distance between two affine subspaces
3
Distance between two circles in a sphere
0
Area between common region between two intersecting circles