Given a fixed triangle $ABC$. A circle pass through $B,C$ meets $AC,AB$ at $D,E$ respectively.$BD$ meet $CE$ at $F$. Let $H,G$ be the projections of $F$ on the internal and external bisector of angle $A$. Prove line $GH$ always passes through a fixed point 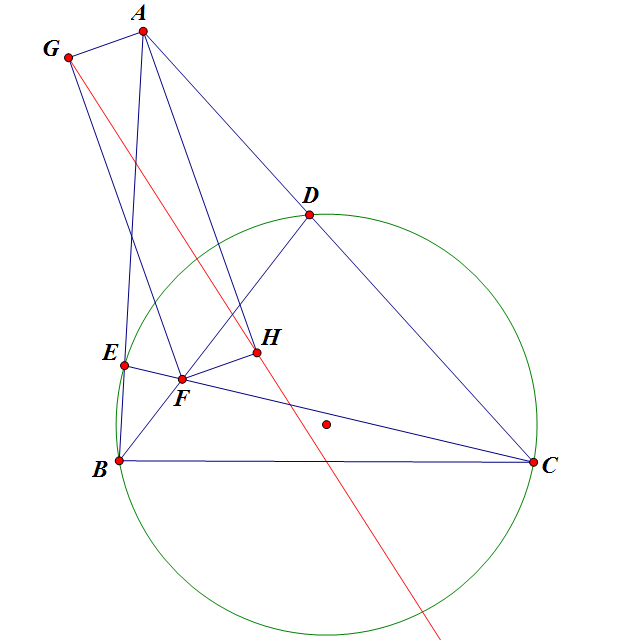 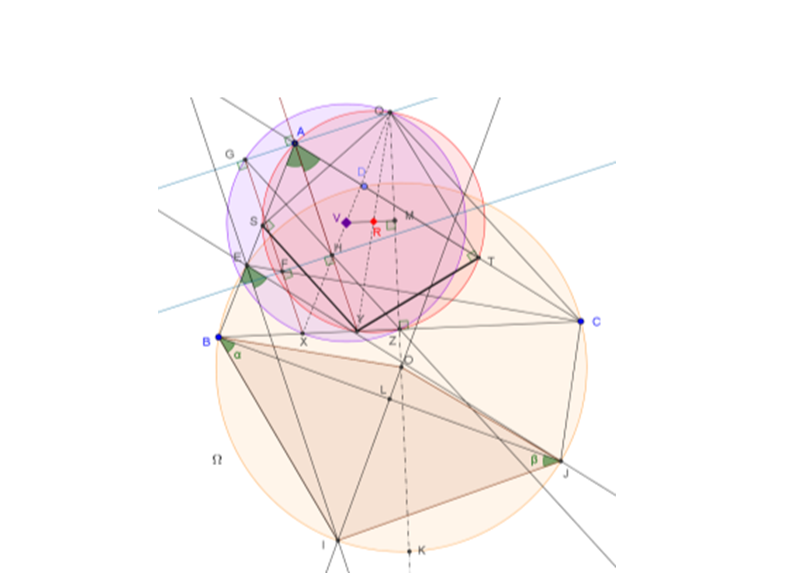 After such construction, the bisected angles located at A originally are now translated to E. Then, $\alpha = \beta$. That is, $\triangle IBJ$ is isosceles.

Draw $IL \bot BJ$ cutting BJ at L. Produce IL to cut QK at O. Note that $\triangle OBI \cong \triangle OIJ$ and OBIJ is then a kite. Since B, I, and J are different points on the circumference of the same circle and they are equidistant from the point O, then O must the center of circle $\omega$.

Therefore, GH, when produced, will always cut BC at Z, the midpoint of the chord BC.